By: Mia Breytenbach     13th June 2014 Multidisciplinary engineering consultancy Bigen Africa reports that the Second Creek integrated development project in the Buffalo City metropolitan municipality, in East London, which it is involved in, has won the Govan Mbeki Housing Award. The project is the company’s second integrated... →

By: Mia Breytenbach     13th June 2014 Multi-disciplinary engineering consulting firm GIBB has compiled a business plan, aimed at identifying challenges that exist at the multi-purpose Thusong Centres, in the Eastern Cape, to support the effective functioning of the centres. GIBB has been tasked by the Eastern Cape Transport... → 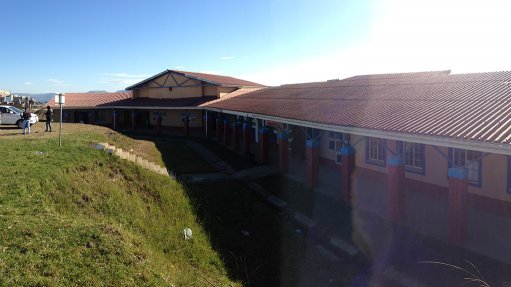 By: Mia Breytenbach     13th June 2014 To enhance and monitor the quality of municipal infrastructure and services, engineers should head the various departments of South Africa’s municipalities as they have the necessary skills and expertise to understand the engineering aspects of the services in question, voluntary association... → 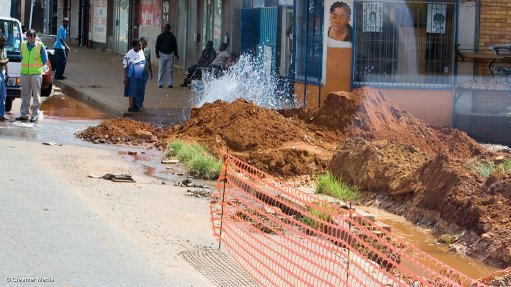 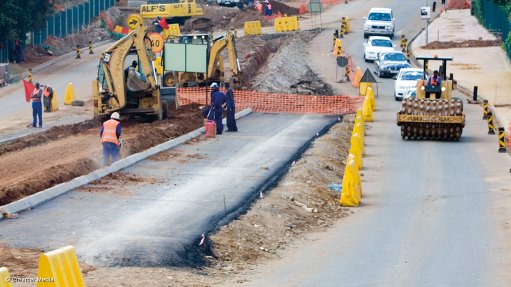 By: Mia Breytenbach     13th June 2014 Municipal water and sanitation services eThekwini Water and Sanitation (EWS) says construction of the Northern Aqueduct Augmentation, which forms part of the eThekwini strategic master plan to deal with the increasing demand for water in the northern regions of Durban, in KwaZulu-Natal, is still... → 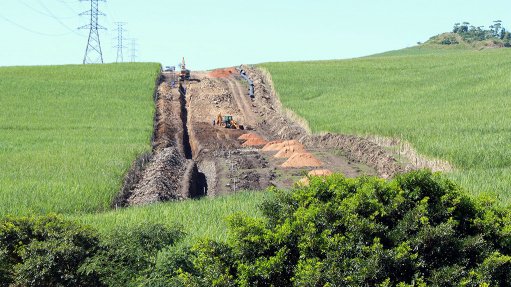 By: Mia Breytenbach     13th June 2014 The estimated R140-million upgrades to Mogale City local municipality’s Condale substation, in Gauteng, are on track and due for completion in early 2015, consulting engineering firm Royal HaskoningDHV says. The Condale substation, which is the only main infeed substation for the entire Mogale... → 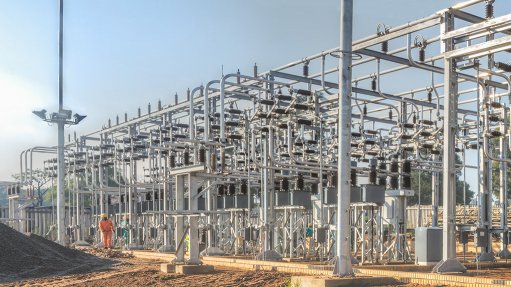 By: Idéle Esterhuizen     29th July 2011 A housing solution for South Africans who fall in the affordable housing bracket has come in the form of innovative and affordable fly ash technology.  →

29th July 2011 Construction materials manufacturer Corobrik says it has secured orders for more than 40-million CoroJem face bricks, which will be used in the construction of more than 11 000 affordable homes in the Free State and Northern Cape provinces.  →

30th July 2010 Infrastructure engineering and project management company Stemele Bosch Africa (SBA), part of B & A Group, has been commissioned by the eThekwini municipality, in KwaZulu-Natal (KZN), to design water and sewerage connections to containerised ablution blocks. This is part of a R450-million... →

By: Natasha Odendaal     30th July 2010 Construction giant Basil Read’s developments division is moving ahead with a series of initiatives that are aimed at reducing its carbon footprint; a vision which has come to life at the division’s site office in Cosmo City, in the north-west of Johannesburg, where a 1 105-ha mixed-use,... →

30th July 2010 Specialist in managing and maintaining municipal facilities Munitech is working on a three-year programme with the eThekwini municipality, in KwaZulu-Natal, on a comprehensive nonrevenue water- (NRW-) reduction programme to be implemented in South Africa. →

30th July 2010 The North West province Department of Human Settlements reports that the province has undertaken a project to construct 1 956 houses by the end of August, as part of the National Women Build project that commemorates the women’s march of 1956 to the Union Buildings, in Pretoria, in protest of the... →

By: Carla Thomaz     31st July 2009 With a construction time of between 66% and 75% faster than regular bricks and mortar construction, patented alternative construction technology company Imision reports that it is able to provide a solution to meet the country’s current housing backlog, while successfully addressing the... →

Housing development on track for 2010

By: Carla Thomaz     31st July 2009 The occupation of the first phase of the R8-billion Lufhereng housing development, west of Soweto, is on track for February 2010. →

By: Dennis Ndaba     17th October 2008 Credit management company Real People has signed an agreement with building supplies retailer Build It, in terms of which Real People is expected to grant more than R3-million in loans a month during the first year through this new distribution channel. →

1st August 2008 A total of 57 flagship projects, with the potential to yield 36 820 housing units have been identified by the Eastern Cape Intervention Task Team, that was deployed to accelerate housing delivery in the province. →

By: Fatima Gabru     1st August 2008 The shortage of land available for the City of Cape Town's N2 Gateway housing project is a critical constraint in the progress of the project, an unnamed source tells Engineering News. →

1st August 2008 The Gauteng Department of Housing has implemented projects to the value of over R4-billion across the province since the start of the 20 Prioritised Townships Programme (20 PTP), in 2007. →

1st August 2008 The Mpumalanga Department of Housing has exceeded its delivery target of 8 583 housing units by delivering 12 320 units to the province iduring the past financial year, MEC Candith-Matshego Dlamini said at the 2008/9 policy and budget speech. →

South Africa’s affordable-housing programme is maturing, but the delivery pressures are mounting

By: Dennis Ndaba     11th July 2008 “The areas which were engulfed by violence and attacks on foreign nationals were in informal settlements and in hostels. These areas often experience a lack of service delivery and are where the poorest people reside.  →

By: Esmarie Iannucci     3rd August 2007 The property in areas surrounding the intended Gautrain route are experiencing a boom in both development and pricing. →

Another brick in the wall? Coming right up

3rd August 2007 Manufacturer, distributor and exporter of bricks and allied building products Corobrik has dispelled a growing perception that its clients and customers could be facing a shortage of clay plaster and clay face bricks. →

By: Neal Goldwyer     3rd August 2007 Further expansions are planned for the Northlands development in Northriding, north of Johannesburg, which is already 85% completed and consists of six business parks over 1 000 000 m2 of land. →

By: Neal Goldwyer     3rd August 2007 JSE-listed software development company InfoWave Holdings (Infowave), through its operating subsidiary InfraSoft Technologies (Infrasoft), has won a contract for the installation, training and support of its Devman relational database system at a municipality in KwaZulu-Natal. →

5th December 2006 Construction is about to start at a new 1 200-home affordable-housing project at Khayelitsha, a township on the outskirts of Cape Town, a statement by Rand Merchant Bank (RMB) said. →

By: Nelendhre Moodley     24th November 2006 Housing Minister Lindiwe Sisulu this week called on municipalities to make use of the new “fold-away house” to provide quality and decent accommodation in times of emergencies, such as flood and fires. →

By: Amy Heydenrych     4th August 2006 In one of its most complex undertakings to date, South African →

By: Amy Heydenrych     4th August 2006 A local industry body, the South African Housing Foundation, will be awarding outstanding contributors to the housing sector in its 2006 housing awards competition. →

By: Amy Heydenrych     4th August 2006 On October 9 to 11, a three-day conference and exhibition on housing will be held in Cape Town. Hosted by the South African Housing Foundation (SAHF), the event promises to expose delegates to the latest thinking and information on local and global housing developments. SAHF MD John Hopkins adds... →