Platinum No.2 says it can manage Zim risk

23rd August 2002 AurionGold said it sold the shares to Impala Platinum Holdings at A$1,90 a share. →

23rd August 2002 The Chilean government said on Wednesday it had sent a bill to Congress to ensure ExxonMobil pays an estimated $300-million in taxes on the sale of its Chilean mining subsidiary. →

By: Martin Zhuwakinyu     23rd August 2002 World number-two platinum producer Impala Platinum’s (Implats’) Marula mine project, on the eastern limb of the Bushveld Complex, will come on stream next month, ramping up to 103 000 ounces of platinum a year in 2005. →

Forum set up to deal with RBCT delays

By: Terence Creamer     23rd August 2002 A multi-stakeholder forum is being set up in an effort to overcome current delays in the proposed expansion of the Richards Bay Coal Terminal (RBCT) in Kwazulu-Natal. →

22nd August 2002 Australian-based Goldstream Mining NL has teamed up with global Platinum Group Metals (PGM), miner Lonmin to explore and potentially develop one of the few recent greenfields PGM discoveries in the world, the Mibango Platinum Project in Tanzania. →

22nd August 2002 A report by an environmental activist group has lambasted a global mining giant and a South African petrochemical company for their poor social and environmental practices. →

22nd August 2002 South Africa's mining industry said on Wednesday a meeting to forge details of a controversial charter had yielded a "common vision" on boosting black participation in the white-dominated industry. →

22nd August 2002 Diamond miner De Beers and South Africa's National Union of Mineworkers (NUM) have agreed on a two-year pay settlement, the company and union said in a joint statement on Wednesday. →

21st August 2002 Finnish metals group Outokumpu on Monday launched a mandatory redemption offer for all shares in stainless steel group AvestaPolarit, with the offer running from August 26 to September 26. →

Mining group in talks to buy drugs from India

By: Martin Czernowalow     21st August 2002 Negotiations around the empowerment charter for South Africa’s mining industry will push on until a positive outcome is reached, the head of communications at the Department of Minerals and Energy (DME) told Mining Weekly Online yesterday. →

21st August 2002 COMEX gold regained its footing on Tuesday, rescued from Monday's downdraft by profit taking and market concern about surging oil prices, while players weighed whether the 2002 gold boom was petering out. →

By: Martin Czernowalow     20th August 2002 The Department of Public Enterprise (DPE) yesterday revealed that it has received eight bids for non-binding expression of interest in the ailing State diamond-mining company Alexkor. →

New mining law likely to be delayed until 2003

20th August 2002 South Africa's government said on Monday the enactment of a controversial new mining law was likely to be delayed by negotiations on a related money bill to set mining royalties. →

20th August 2002 The long-awaited agreement between Anglo American and the Zambian government on plans by the mining giant to exit Konkola Copper Mines (KCM) and the country was concluded yesterday. →

20th August 2002 COMEX gold skidded on Monday as the dollar firmed and investors, emboldened by the steadier tone on Wall Street, ditched safe-havens and reallocated into U.S. stocks. →

By: Joanne Delaurentis     19th August 2002 The life of Navachab, AngloGold's small opencast mine in Namibia, may be extended by five years to 2012, following a feasibility study on a possible pushback in the eastern pit, the company announced at its quarterly results presentation in Johannesburg last month. →

By: Terence Creamer     19th August 2002 The head of the African Minerals and Energy Forum (AMEF) has appealed to government not to compromise on the setting of targets when negotiating the mining empowerment charter this week. →

19th August 2002 Gold producers and some market analysts will be looking to the new head of the World Gold Council to plug the metal more vigorously as a safe bet in uncertain times. →

19th August 2002 South Africa's biggest steel and iron ore producers Iscor and Kumba Resources are seen reporting a leap in annual earnings next week, reaping the rewards of their split and despite a firmer rand. →

19th August 2002 South African platinum stocks could come under pressure this week, with analysts eyeing a drop in earnings when Impala reports on Thursday, after peer Angloplat posted a hefty fall last week. →

By: Martin Creamer     16th August 2002 The black-economically-empowered company that owns 30% of the shares of gold company East Rand Proprietary Mine (ERPM) is negotiating to acquire 100% of the company. →

16th August 2002 Mining groups have fared well in the first sustainability rating of the top 40 companies on the Johannesburg bourse, a measure which examines their commitment to the environment and social development. →

16th August 2002 Two miners died and a third was seriously injured in an underground rockfall at South Africa's Mponeng gold mine, mineowner AngloGold has revealed. →

Minister says everything negotiable in mine charter

16th August 2002 South Africa's Minerals Minister Phumzile Mlambo-Ncguka yesterday said all proposals in a controversial draft new mining charter were up for negotiation when stakeholders meet over the details next week. →

15th August 2002 Government and the mining industry have agreed to meet on Tuesday next week in a bid to reach consensus on the proposed black empowerment mining charter. →

15th August 2002 A R22-million contract for the construction of a shaft headgear and associated infrastructure for Lonmin’s Western Platinum’s Karee No 4 shaft has been completed by civils company WBHO. → 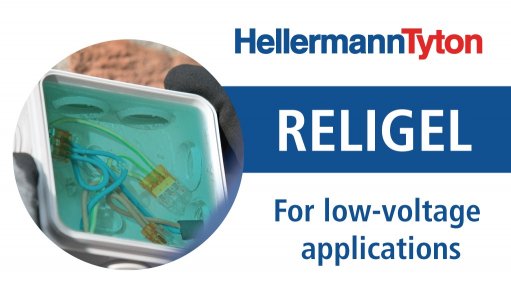