Mozal mothballing report off the mark

22nd October 2001 A report of the imminent mothballing of BHP Billiton’s aluminium smelter in Mozambique and its nickel complex in Colombia appears to be way of the mark. →

22nd October 2001 The world’s leading platinum producer, Anglo Platinum, continues to closely observe the emerging technology of fuel-cells, which could boost the demand for platinum significantly in the coming decades. →

22nd October 2001 South Africa’s number-three gold producer, Harmony, said it had no plans to dispose of its mining assets in the mineral-rich Free State Province, in spite of an offer by a black-led consortium. →

22nd October 2001 Dave Hodgson has been appointed as the chief operating officer of AngloGold. →

New techniques to see through the rock

19th October 2001 To use new non-explosive continuous mining techniques effectively, miners will have to see "through" the rock to discover what lies ahead. →

Love and diamonds could be flipside of 'Terror Tuesday'

19th October 2001 A US recession could hurt the demand for diamonds, but the head of De Beers, the world’s largest diamond company, said that a rising number of engagements following the September 11 attacks could help restore some luster to an already weak market. →

18th October 2001 Algeria issued a new international tender for the development of its Amizour zinc and lead project, which was to have been operated by Canadian mining firm Breakwater Resources. →

18th October 2001 The privatisation of mines in Zambia were fraught with corruption, the Global Corruption Report 2001 has revealed. →

18th October 2001 More than $1-million worth of diamonds are still being smuggled out of Angola every day, despite a campaign to end the trade in ‘conflict diamonds', according to a UN report. →

18th October 2001 Talks between Alcoa and Australian miner WMC likely signal that Alcoa is poised to cement its dominant position in the world markets for aluminum and alumina, allowing it to both cut costs and boost earnings, analysts said on Wednesday. →

18th October 2001 The National Union of Metalworkers of South Africa (Numsa) said it would launch industrial action at BHP Billiton’s Bayside and Hillside aluminium smelters from today. But BHP Billiton spokesperson Michael Campbell said Numsa had not given the company the legally-required seven-day formal... →

17th October 2001 Prices in the forward financial markets are falling and the physical coal market is bracing itself for a price downswing, the Energy Argus reports. →

17th October 2001 Gold-miner Normandy Mining’s 62%-owned subsidiary Australian Magnesium Corporation (AMC) announced arrangements for a capital raising for up to $525-million for the development of the Stanwell magnesium project. →

17th October 2001 AngloGold said it will offer retail investors in takeover target Normandy Mining additional shares in AngloGold at a discount to take up the offer. →

17th October 2001 A black-led South African mining consortium said its all-cash offer for AngloGold’ Free State assets included an option for AngloGold to keep an interest in the mines. →

16th October 2001 South African producers are showing signs of relenting from the prices that they have stuck to for much of September and October, although the issue of oversupply still dominates the European coal market. →

16th October 2001 Australia is seeing record capital expenditures in the metals and minerals industry and accounts for about 15% of worldwide production of metal and minerals, reports CNN Money. →

Striking a balance between mining and rights

16th October 2001 Countries in the developing world and their governments which are competing for foreign minerals investment are faced with the challenge of drafting policies that reward the investor with a significant portion of mineral rents. →

15th October 2001 State-owned diamond-mine Alexkor is set to increase its shallow-water activities by as much as 50%. →

15th October 2001 The Western Australian government intends spending A$18,4-million on roads, houses and an airport in an effort to persuade BHP Billiton to build a nickel-mine in the state. →

15th October 2001 A new report by DRI WEFA Energy Services, a London- and Boston-based consultancy, states that China will increase coal exports, which will have a moderating effect on prices. →

15th October 2001 The start of the Konkola Deep Mining Project had been deferred due to difficult market conditions and a lack of financing for the project, said Zambia Copper Investments (ZCI). →

12th October 2001 Canadian resources company, SouthernEra Resources reports the acquisition of a 100% interest in the Millennium platinum-group metals (PGM) project located on the eastern limb of the Bushveld Igneous Complex in South Africa. →

Brother and sister of SA mining

12th October 2001 Ferrochrome producer Samancor, a subsidiary of BHP Billiton, has cut 40 000 tons of its 850 000 tons annual output because of a wage strike that started on Thursday, a BHP Billiton spokesman said. →

11th October 2001 The world’s second-largest copper producer, Phelps Dodge Corporation, and Placer Dome, announced that they have signed an agreement to further develop and commercialise proprietary technology for the extraction and recovery of copper, gold, silver and other coproducts from base-metal and... →

Africa could win from aluminium migration

11th October 2001 Africa could be the beneficiary of a plan under consideration by Brazilian bauxite, alumina and aluminium company Vale do Rio Doce Alum →

10th October 2001 Canadian miner, First Quantum Minerals, has announced a 390% increase in the copper resource at its 85%-owned Lonshi copper deposit located in the Democratic Republic of Congo. →

10th October 2001 Gold company, Randgold Resources announced yesterday that it had completed the buyback of some 34% of its issued share capital, paying out $81-million to shareholders in the process. → 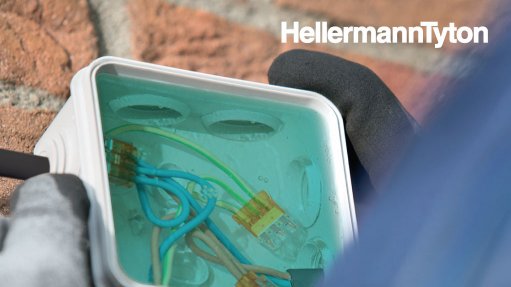 Choose Health and Safety Manager as a career