More opportunity for steel in the UK

13th July 2001 South African brewer SAB has implemented important strategic partnering alliances over the years with key suppliers of materials, equipment and services, that have been to the mutual benefit of all parties, →

By: Martin Zhuwakinyu     6th July 2001 Canadian company SNC and South Africa’s Engineering Management Services, contracted to implement the brownfields project to double primary aluminium production at the Mozal smelter, in Mozambique, are already on site and the new plant is expected to receive initial raw material shipments in... →

28th June 2001 A leading South African engineering firm, Dorbyl Heavy Engineering (DHE), has reacted with anger to the news that it has lost out to a French multinational in an R80-million contract to supply steel superstructures for the second-phase expansion of the Mozal aluminium smelter in Mozambique. →

22nd June 2001 Local metal-pressing and roll-forming company Pabar, of Krugersdorp, Gauteng, has grown from strength to strength since its establishment in 1965, says director Mike Barbaglia. →

22nd June 2001 Local aluminium manufacturer Alpull has supplied the first, of what it hopes will be many, Apliform roofing structures to Turkey. →

By: Joanne Delaurentis     22nd June 2001 The Telkom contract, which was awarded last year to debis Fleet Management, has resulted in the development of new aluminium technology set to yield significant benefits within the fleet management industry. →

22nd June 2001 An aluminium component used in the rear suspension of the Ford GT40 sports car replica for export to the US, has made a significant contribution to the handling of the road model of the vehicle according to Owen Ashley, MD of the Cape Town based manufacturers Cape Advanced Vehicles (CAV). →

22nd June 2001 Cape Town based aluminium and glass design and manufacturer Aluplan Architectural Aluminium has developed the ISO 100 system of 20-25 extrusion dies for a variety of applications. →

22nd June 2001 While aluminium was only discovered some 160 years ago, and has been produced in industrial quantities for only the last 100 years, aluminium-bearing compounds have been used by man from the earliest times, reports the UK Aluminium Federation. →

Aluminium no longer a stand-alone metal

22nd June 2001 Aluminium industry members must quickly adapt to new realities if they hope to transform from an industry that has historically destroyed economic value to one that consistently maximises the creation of economic value, warns global aluminium producer Alcan executive vice president Richard Evans. →

By: Joanne Delaurentis     22nd June 2001 Project implementer SNC-Lavalin EMS has been awarded the project management excellence award 2001 awarded by the Project Management Institute of South Africa (PMISA) for its submission of the Mozal aluminium smelter project in Mozambique. →

22nd June 2001 Project implementer SNC-Lavalin EMS has been awarded the project management excellence award 2001 awarded by the Project Management Institute of South Africa (PMISA) for its submission of the Mozal aluminium smelter project in Mozambique. →

Remote controls for US smelter

Diecaster's five-year plan to be the best

22nd June 2001 Diecaster Zealous Pressure acquisition of R5-million worth of equipment is all part of a five-year plan by an ambitious and young management team to dominate the high-pressure high casting field. →

22nd June 2001 Based on the East Rand Zimco Aluminium (trading as Zimalco) is reportedly the largest secondary aluminium smelter in South Africa. →

22nd June 2001 Until now it has been thought that either pure tungsten or zirconiated tungsten electrodes were necessary to weld aluminium and its alloys with the Tungsten Inert Gas (TIG) arc welding process. →

Phase two of Moz aluminium smelter gets the go-ahead

22nd June 2001 The boards of Billiton, Mitsubishi Corporation of Japan, and the Industrial Development Corporation of South Africa (IDC) have announced the decision to go ahead with the Mozal expansion project, Mozal 2. →

By: Joanne Delaurentis     22nd June 2001 The need to develop the South African aluminium export market is patent, said president of the Aluminium Federation of South Africa Tony Paterson at the Aluminium Conference in March. →

15th June 2001 Recent favourable trade conditions, and the provisional implementation of the South Africa European Union (EU) free-trade agreement (FTA) resulted in a 35% increase in South Africa's exports to the EU in the year 2000. →

5th June 2001 Western Cape state-of-the-art steel mill Saldanha Steel has announced that it has exceeded 90% of its design capacity for the month of May 2001. → 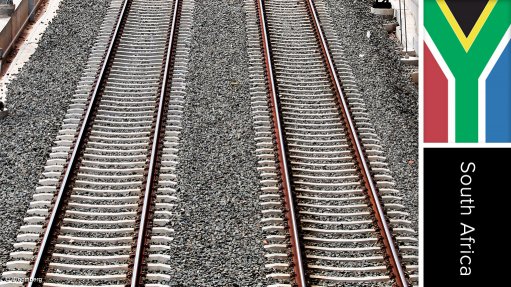