By: Mia Breytenbach     14th November 2014 Gas conveying and compression company Aerzen sub-Saharan Africa subsidiary Airgas Compressors has noted a significant increase in the demand for maintenance and service contracts, as well as a 300% increase in it services division in the past 14 years, Airgas Compressors assistant service manager... → 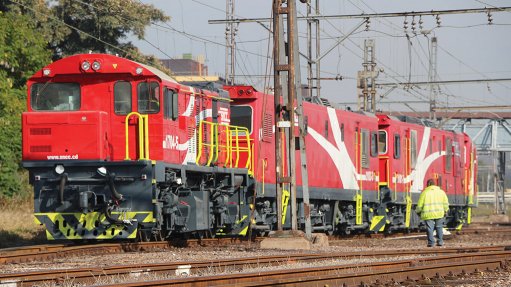 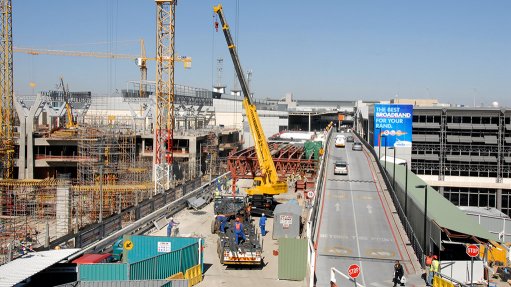 By: Mia Breytenbach     14th November 2014 Wear control, lubrication and filtration company Filter Focus has assisted Germiston-based precious metals refiner Rand Refinery in significantly reducing its operational expenditure from R2.4-million to about R1-million in the past eight months by changing the refinery’s lubrication and... → MAINTENANCE ACHIEVEMENT Many industries have reported a 2% to 10% productivity increase, owing to the correct use of predictive maintenance practices and use of correct lubrication

By: David Oliveira     15th November 2013 The Ridgid 690 hand-held power drive is ideally suited to the maintenance of pipes that are located in confined areas where there is no space for larger threading tools, industrial products supplier Dowson & Dobson (D&D) Industrial tells Engineering News. “A section of pipe that needs be replaced... → 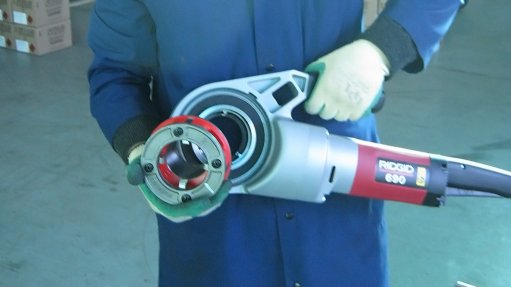 By: David Oliveira     15th November 2013 There is a resurgence in the desire to find direction, create vision and support this with good leadership to move the maintenance function forward in South African organisations, says skills and training company Alusani Skills & Training Network course leader Allan Tarita. “Until recently there... →

15th November 2013 Supplier to the global cement and mineral industry FLSmidth has reduced unplanned outages by more than 5% since implementing a maintenance contract six months ago at diamond miner Debswana’s Jwaneng diamond mine, in Botswana. Jwaneng is a long-standing FLSmidth customer and has bought a variety... →

By: David Oliveira     15th November 2013 The African branch of strategic asset management consulting company GMC Global, which is part of the SMEC Group, opened in May this year and is actively engaging with a number of clients, GMC Global Africa regional manager Schalk Prinsloo tells Engineering News. The global company has completed... →

No LTIs at treatment plants for three years

By: Carina Borralho     20th September 2013 Aveng Group’s operating group, Aveng Water, tells Engineering News that two of its plants have been operating for three years without a lost-time injury (LTI). This covers the operation and maintenance teams at the Erongo Desalination Plant (EDP), in Namibia, and the Optimum Coal Water... →

By: Gia Costella     16th November 2012 Engineering, management and technical services provider Aurecon is creating jobs in Cape Town through its involvement with the city’s Community Residential Units (CRU) programme, which is set for completion in June 2015.   →

By: Gia Costella     16th November 2012 Training provider Alusani Skills & Training Network is trying to change the industry’s perception – from regarding investment in maintenance as a huge cost to regarding it as a strategically competitive advantage, says trainer Allan Tarita.   →

11th November 2011 Crane refurbishment is a viable proposition in about one-half of cases, but crane manufacturer Condra Cranes MD Marc Kleiner says the feasibility of this is dependent on the age of the machine, its application and the original-equipment manufacturer (OEM). →

11th November 2011 The Department of Public Works has awarded industrial products specialist Advanced Industrial Technology (Ai-tec) a three-year contract for the repair and maintenance of refrigeration systems, gas cooking equipment and reticulation networks at correctional institutions in the Eastern Cape. →

By: Celest Smith     11th November 2011 Industrial flooring expert Concrete Laser Flooring (CLF) says there has been a marked increase in the demand for the refurbishment and maintenance of flooring in distribution centres and warehouses that are centrally located.  →

By: Henry Lazenby     12th November 2010 Facilities management business Total Facilities Management Company (TFMC) reports that it has concluded a new contract to manage Telkom’s infrastructure maintenance for the next five years. TFMC CEO Bruce Spence says that the company has already been in a mutually beneficial partnership with... →

By: Henry Lazenby     12th November 2010 Personal computers (PCs) are being given a second lease of life by PC refurbishment company Just PC's, before they are either donated to charitable organisations or sold to less privileged individuals at reduced prices. →

By: Henry Lazenby     12th November 2010 The City of Johannesburg’s Johannesburg Social Housing Company (Joshco) has received the United Nations 2010 Scroll of Honour Award for its provision of innovative housing products and solutions to about 30 000 residents, Joshco CEO Rory Gallocher reports. →

By: Henry Lazenby     12th November 2010 Wireless telecommunications (telecoms) company Communications Solutions (Comsol) reports that wireless telecoms networks and their maintenance are a growing focus among private clients, as the costs of owning and maintaining a private network soar. →

By: Henry Lazenby     12th November 2010 Print and document management equipment specialist Océ reports that it has advanced to the final round of the European Business Awards, with the company receiving the prestigious Ruban d’Honneur, signifying its achievement of exceptional service within its sector. →