28th June 2002 The construction of a new multimillion-rand Telkom building in Centurion got underway earlier this year, which will see the National Network Operations Centre (NNOC) and the Information Technology Data Centre (ITDC) complex being extended and enhanced. →

28th June 2002 Government will soon be able to regulate the troubled taxi industry in the Eastern Cape and a new monitoring system that is meant to curb violence is set to be introduced, said provincial Safety and Security MEC Dennis Neer during a government outreach programme in Grahamstown earlier this week. →

28th June 2002 Nigeria said earlier this week that it had cut charges at its southeastern ports by between 20% and 80% to relieve pressure on the traffic-choked Lagos main seaports. →

By: Terence Creamer     28th June 2002 The first physical manifestation of the commitment of fuels and chemicals giant Sasol to the pursuit of a serious gas-to-liquids (GTL) business emerged yesterday with the opening of a new catalyst facility at De Meern near Utrecht in the Netherlands. →

28th June 2002 The Retail Motor Industry Organisation (RMI) has expressed its concern about the proposed plan of the Gauteng Department of Public Transport, Roads and Works to restrict trucks from highways and freeways in the province during peak hours. →

28th June 2002 More than a hundred African delegates, including ambassadors and senior officials from 53 African countries, have gathered at the International Convention Centre in Durban, to begin the spadework that will give birth to the African Union (AU) in two weeks. →

28th June 2002 Speaking to the Policy Commission of the World Customs Organization (WCO) in Brussels on Friday, Trade and Industry Minister Alec Erwin said that the growth in trading nations made it even more important that the world have a common WTO rules based system. →

By: Zonika Botha     27th June 2002 One of the world’s leading research-based healthcare groups, Roche of Switzerland, has opened a new multimillion-rand plant in Isando, Gauteng. →

27th June 2002 A three-day public-private sector agricultural trade forum for representatives from eleven SADC member countries being held in Johannesburg will be drawing to a close today. →

27th June 2002 The organisation that oversees the Internet's vast domain-name system is looking to face down grass-roots protesters at its annual meeting in Bucharest this week as it tries to gain greater government-level acceptance. →

27th June 2002 The Gauteng Health Department is to purchase 20 more ambulances in an effort to improve response times. →

27th June 2002 Chief executive of BHP Billiton Paul Anderson said on Wednesday the profit outlook for the company's steel unit, due to be spun out, could be higher than forecast due to steel price movements. →

26th June 2002 Oil giant Shell and its partners are set to commit the second half of a $7,5-billion Nigeria investment and looks on target to double output to 1,5 million barrels per day in two years, a company spokesman said earlier this week. →

By: Zonika Botha     26th June 2002 Gauteng-based company Pipeline Erectors has been awarded a R1-million contract by Sasol Technologies (Sastech) to construct the first kilometre of Sasol’s $549-million 865-km natural gas pipeline between Temane in Mozambique and Secunda in South Africa. →

26th June 2002 The Mozambican partner in the country's newest mobile phone licence said Vodacom Mozambique is aiming for 70% of the country's mobile market within four years of starting its operations. →

26th June 2002 The G8 summit in Canada this week provides a singular opportunity for developed countries to help break the cycle of African underdevelopment, President Thabo Mbeki wrote in the New York Times earlier this week. →

Joburg's Park Station gets a facelift

26th June 2002 Commuters using the Johannesburg Station will have no reason to go in search of facilities beyond its perimeters. →

26th June 2002 A division of the IST group, IST Telecom, has been awarded a R6-million contract to supply its UMC 1000 access multiplexers to Rodcor International for the roll-out of a new optical fibre-based telephone network in Swaziland. →

26th June 2002 The world's third-largest automaker Toyota Motor Corp said yesterday that it would more than double its stake in its South African unit, taking its holding to 74,9%, as it plans to expand its base there. →

26th June 2002 South Africa's Johnnic Holdings said yesterday it had not decided when to distribute its stake in mobile firm M-Cell to shareholders, but continued to give the issue top priority. →

25th June 2002 The G8 summit in Canada this week provides a singular opportunity for developed countries to help break the cycle of African underdevelopment, President Thabo Mbeki wrote in the New York Times earlier this week. →

By: Keith Campbell     25th June 2002 South African exports to the US under the latter's African Growth and Opportunity Act (Agoa) jumped by 83% in the first quarter of this year in comparison to the same quarter of last year. →

South-South trade mission gets under way

25th June 2002 A trade and investment delegation from the Latin American Common Markets (Mercusor) to South Africa has gotten under way. →

25th June 2002 Opec oil producers yesterday sought to head off a row over cheating on output quotas that threatens to mar a routine rollover of supply curbs. →

By: Martin Zhuwakinyu     24th June 2002 The civil engineering and construction sector is poised for a buoyant future, as the government commits itself to increased infrastructure spending and the private sector implements large projects, particularly in the mining and minerals industry. →

24th June 2002 Seventeen African countries achieved growth rates in excess of 5% in 2001, while 16 others registered between 3% and 5% growth rates within the same period, the African Development Bank (ADB) reported. →

24th June 2002 Four foreign-led groups had expressed interest in a stake in Zimbabwe’s state-owned fixed and mobile phone services, despite a deepening crisis which has seen investors flee the troubled country. →

24th June 2002 In 2001, the US information technology (IT) security software market endured the perfect storm – the combination of the economic recession and the events of September 11. →

21st June 2002 Africa's top power utilities say they are ready to take a leading role in a recovery plan for the continent through the provision of infrastructure development. →

21st June 2002 OPEC member Algeria and neighboring Tunisia signed an accord this week to set up a joint venture to explore for natural gas and oil in the two countries, officials said. →

21st June 2002 Africa's biggest cellphone company giant Vodacom expects the mobile market in its home country, South Africa, to grow to more than 19-million users by 2007 - some five million more than that predicted by its biggest rival. →

By: Keith Campbell     21st June 2002 South Africa needs to produce increasing numbers of quality science and engineering PhDs more efficiently, if the country is to avoid a serious skills shortage at the cutting edge of scientific and technological research and development in the coming years. →

21st June 2002 President Yoweri Museveni said in remarks published yesterday a controversial $550-million Ugandan power project would go ahead whether environmentalist critics liked it or not. →

Eskom state of the system update 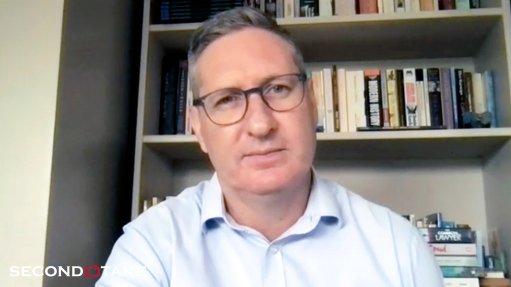