3rd April 2002 Cargo importers and exporters will be the main beneficiaries of the reduced wharfage rates being implemented across South African ports by the National Ports Authority of South Africa (NPA), according to the CEO of the NPA, Siyabonga Gama. →

3rd April 2002 Organisers of a world development summit to be held in Johannesburg later this year said it had secured more money from local firms but still lacked a third of funds needed to meet its budget. →

2nd April 2002 With international pressure growing for a reduction in carbondioxide emissions, gas is being viewed worldwide as an important source of clean energy and is currently the second most popular energy source globally. →

Midrand shopping complex comes back on the radar

2nd April 2002 The development process for Zonk’Izizwe (all nations), Africa’s largest shopping and family entertainment complex, which is proposed for a 65 ha site in Midrand, between Johannesburg and Pretoria, is gaining momentum. →

2nd April 2002 Chilean steelmakers lamented a domestic decision against safeguard duties on steel imports and vowed to keep fighting to protect their industry after the US slapped hefty tariffs on its steel imports this month. →

1st April 2002 Compulsory site inspections have been held and tenders close on December 3, 7 and 10 for four sub-contracts in the project to extend and upgrade the international departures terminal at Cape Town International Airport into a world class facility. →

A forum to regulate SA's regulators

28th March 2002 Much of Southern Africa will face a significant rise in food aid needs in the coming months, compounding shortfalls for 2,6-million people who are already desperately hungry, the United Nations said. →

28th March 2002 A delegation from the Government of South Africa led by Minister Jeff Radebe, Minister of Public Enterprises and Minister of Communications Ivy Matsepe Cassaburi, met with a delegation from Thintana in New York to review progress on the Telkom IPO. →

27th March 2002 A tender for a study to facilitate the formulation of an integrated strategy for the retention and creation of employment in the South African metal and engineering industry has been invited by the Industrial Development Corporation (IDC). →

27th March 2002 The developer of the Kudu gasfield off Namibia’s Atlantic coast, Shell International, has put down a number of demands to the government before it can go ahead with the production phase of the project. →

27th March 2002 Swiss engineering group ABB declined to give details of talks it is holding with creditor banks on terms of $3-billion in short-term loans it drew amid a squeeze in the commercial paper market. →

27th March 2002 South Africa's petrochemical giant, Sasol, will be investing R13,2-billion this year, R12,2-billion of which will be ploughed into more than 71 projects in Southern Africa, making it the largest individual industrial spender in the region. →

26th March 2002 Historically disadvantaged employees are to be offered 30% of consulting engineering firm Ninham Shand, through an innovative share scheme to commemorate the 70th anniversary of the firm. →

26th March 2002 More than 70% of Mpumalanga’s housing budget, or R290-million, will be spent on housing projects this year, announced housing MEC Mabhuza Gininda →

26th March 2002 The research arm of Lucent Technologies, Bell Labs, said that it has doubled the distance and the speed at which data can be sent over long-haul telecommunications networks. →

SA's taste for salt on the rise

25th March 2002 The market for salt will grow to an estimated turnover of over $6,9-billion by 2005, according to a new study by industry analyst, Gobi International. →

25th March 2002 The South African steel industry is launching its own export portal on the world wide web in order to assist large and small companies to increase exports of value-added steel products. →

By: Deborah Spicer     22nd March 2002 With significant equipment-upgrading expenditure on tolling facilities out of the way, the Tsitsikamma toll-road, between Salt river and Elandsbos in the Eastern Cape, will continue to operate largely unchanged until an additional 25-km section is included as part of the toll-road in about two... →

By: Deborah Spicer     22nd March 2002 South Africa’s largest credit insurer, Credit Guarantee, has experienced a decrease of almost R1-billion in insured turnover for Africa for the six months to December, a comparison with a similar period the previous year shows. →

22nd March 2002 The €232-million deal in which Spanish stainless-steel firm Acerinox acquired a 64% shareholding in South Africa's Columbus Stainless in November at last brings to the venture what many view as a critical success factor - an international alliance partner. →

22nd March 2002 Members of the public who are interested in or affected by the proposed new rapid rail link project, known as Gautrain, have an opportunity to attend public meetings to be held in Midrand, Sandton, Rosebank, Kempton Park, Pretoria and Centurion during April. →

Africa's struggle to get connected

22nd March 2002 It may take all day to phone Ghana from the country next door, but if you want the latest news from a shadowy group of rebels fighting in remote West African jungles, you can always visit their website. →

22nd March 2002 Developing nations need to invest much more in biotechnology research to join a war waged by multinational companies on hunger and disease, delegates at a conference said. →

20th March 2002 Libya has retained its place as the world’s top oil-exploration hotspot, attracting oil companies despite slow contract negotiations and continued US sanctions, according to an industry survey. →

20th March 2002 Biotechnology is no panacea to end world hunger as conflict, disease, trade barriers and ignorance prevent millions from feeding themselves. →

20th March 2002 Transport Minister Dulah Omar says the decision by the South African government to adopt United Nations Economic Commission for Europe (ECE) regulations makes it possible for industry to enter into larger international markets while allowing the South African consumer to have access to a wider... →

20th March 2002 South Africa’s telecoms regulator said it had issued three new draft regulations to help pave the way for the initial public offering of fixed-line monopoly Telkom and the licensing of a rival. → 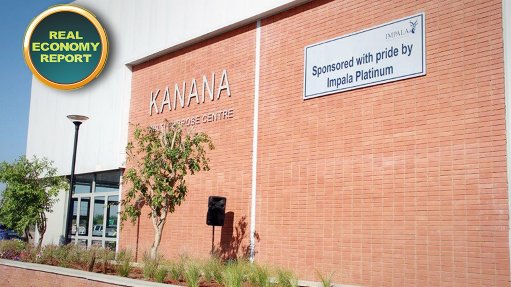