27th May 2016 Network organisation the Durban Chamber of Commerce and Industry (DCCI) celebrated 160 years of operation at its annual gala dinner last month. More than 900 guests were in attendance, hosted at corporate tables acquired by the major companies in Durban, in KwaZulu-Natal. →

By: Victor Moolman     27th May 2016 More business and projects in KwaZulu-Natal has subsequently led to increased involvement in corporate social investment (CSI) projects there for international engineering and project management consultancy Royal HaskoningDHV. → By: Mia Breytenbach     29th May 2015 KwaZulu-Natal’s infrastructure development outlook is brighter than South Africa realises it is, considering the current level of megaproject activity in the province, states professional services and advisory firm Deloitte. Moreover, South Africa needs these megaprojects to continue to assist in... → MAGNITUDINAL POTENTIAL The planned Durban Dig-Out Port will be the largest infrastructure capital project in South Africa, notwithstanding the value and timeframe of current projects

By: Mia Breytenbach     29th May 2015 Gas conveying and compression company Aerzen Airgas Blowers and Compressors is opening a new branch north of Durban, in KwaZulu-Natal in June. KwaZulu-Natal Airgas branch manager Earl Houston tells Engineering News that the branch will be operational from June 1, noting that the facility will be... → 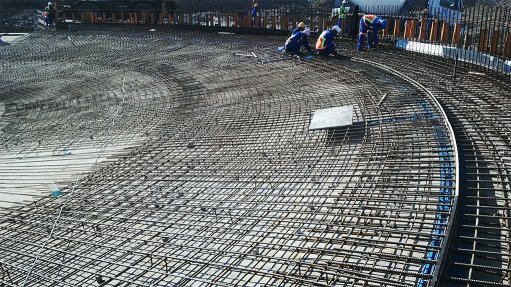 By: Mia Breytenbach     29th May 2015 Engineering, management and specialist technical services firm Aurecon has registered a significant increase in asset management projects in KwaZulu-Natal in the past year, as private and public organisations realise they gain more value from assets if they can maintain them better. Aurecon... → 29th May 2015 Spearheaded by founder and current chairperson Alan Ronald Burke, ARB Electrical Wholesalers is one of Southern Africa’s largest black-empowered electrical wholesalers, playing a pivotal role in providing the essential materials required for the electrification of large-scale industrial and... → 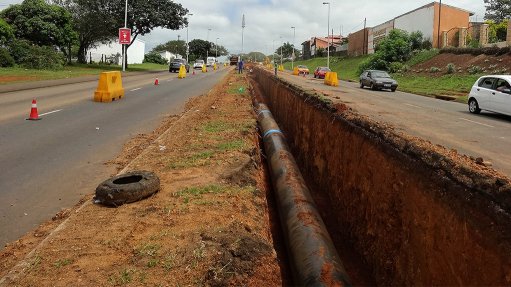 29th May 2015 Freight management and logistics specialist Intermodal Connections, which was established a year ago, has expanded its fleet of container handling equipment to meet the growing demand in KwaZulu-Natal for swift, safe and reliable cargo handling. The company’s original investment in a 45 t... →

By: Mia Breytenbach     29th May 2015 Clients are looking towards greener energy sources to drive groundwater abstraction and reticulation schemes in the rural parts of KwaZulu-Natal, according to the KwaZulu-Natal office of consulting engineers and scientists, SRK Consulting SA. SRK tells Engineering News that appropriate energy... → 18th July 2014 A water and sanitation report released in March by the South African Human Rights Commission (SAHRC) has found that KwaZulu-Natal is one of the worst affected provinces in South Africa, with almost 14% of its people having no access to clean water. While the national average for access to water... →

18th July 2014 Energy saving systems specialists ThermoWise completed the installation of 13 AXHW-05 air-to-water heat pumps at the Zibambeleni old age home in Durban, KwaZulu-Natal, to improve electricity savings at the establishment, in May this year. “These environment-friendly heat pumps draw energy from... → 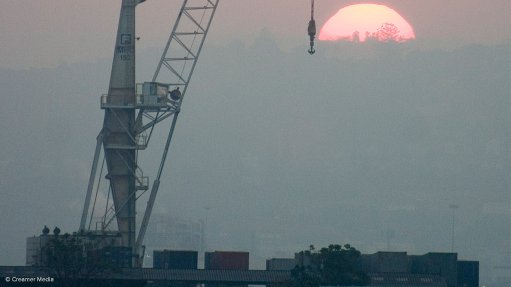 Photo by Duane Daws
MARITIME ECONOMY Durban is a maritime-based city and, as such, its economy relies heavily on the port

18th July 2014 Leading independent provider of assurance services including certification, validation, verification and training across a broad spectrum of standards and schemes Lloyd's Register Quality Assurance, or LRQA, delivers its services to companies operating in all of the major sectors worldwide. From... → Learnership to be launched in KZN By: Sashnee Moodley     19th July 2013 Consulting, engineering and environmental services provider Royal HaskoningDHV will present the draft five-year coastal management programme (CMP), developed on behalf of the Mandeni Municipality, which is aimed at transforming the Mandeni coastal zone to attract tourists and investment while... → 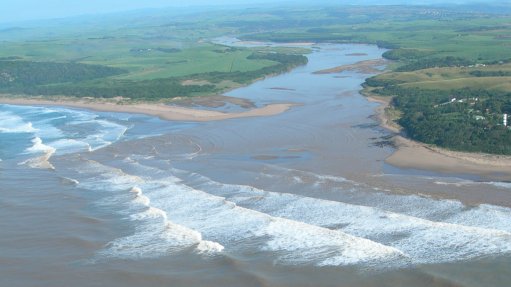 COASTAL MANAGEMENTRoyal HaskoningDHV has completed the scoping phase of the coastal management programme, which includes an overview of the coastal area

By: Sashnee Moodley     19th July 2013 The South African National Roads Agency Limited (Sanral) has cofunded a project with the KwaZulu-Natal (KZN) Department of Transport (DoT) to upgrade the intersection at the R102, P535 and P743 route, converting it into a 35 m ‘turbo’ traffic circle. →

19th July 2013 A significant investment of about R5.5-million in research and product development to establish the sophisticated manufacturing facility for incinerators and cremators in Stanger, KwaZulu-Natal has been made by Advanced Industrial Technology’s (Ai-Tec’s) manufacturing arm Macrotec. →

KZN economy to grow by 3.5% this year

By: Chantelle Kotze     8th June 2012 The KwaZulu-Natal (KZN) province is cautiously optimistic that the provincial economy will grow by 3.5% this year, largely supported by the manufacturing sector and fixed capital investment by the government, KZN member of the executive council for finance Ina Cronjé has said. →

8th June 2012 Engineering consultancy SRK Consulting has helped to tackle some of the development challenges facing the KwaZulu-Natal (KZN) province, where it works alongside officials in fields ranging from disaster management to rural housing. →

8th June 2012 The eThekwini municipality is taking a tough stance on residents who continue to use water services illegally, with a total in excess of R1.2-million recovered since 2010.  →

Progress made at KZN water projects

By: Chantelle Kotze     8th June 2012 Engineering and environmental consultancy SSI will, this month, complete the commissioning of a 13 Ml/d extension module, at a cost in excess of R17-million, at the existing Sundumbili water treatment works (WTW), which treats water drawn from the Tugela river, in KwaZulu-Natal (KZN). →

3rd June 2011 The official awarding of the tender for the construction of phase II of eThekwini Water and Sanitation’s (EWS’s) R950-million Western Aqueduct (WA) project has been delayed. →

By: Dimakatso Motau     3rd June 2011 Consulting engineering company SSI says the M5 road rehabilitation project, for which it is undertaking the design and project management, on behalf of the eThekwini municipality’s engineering unit, is nearing completion. →

By: Dimakatso Motau     3rd June 2011 The South African national Roads Agency Limited (Sanral) is in the process of upgrading the Moss Kolnik interchange on the N2, south of Durban. →

By: Dimakatso Motau     3rd June 2011 The KwaZulu-Natal (KZN) Department of Transport, South African National Roads Agency, the eThekwini municipality and local municipalities are working together in the expansion of transport infrastructure within the province, resulting in improved access for rural communities and safer highways -... →