By: Natasha Odendaal     8th April 2020 Technology group BCX has established an on-demand contact centre for the National Institute of Communicable Diseases (NICD) and the Department of Health (DoH) to assist with the overwhelming influx of queries being received. The contact centre on demand (CCOD), implemented within 48 hours, aims... →

EMEA telcos will prevail post Covid-19 crisis, but not unscathed

By: Natasha Odendaal     8th April 2020 The prevailing Covid-19 pandemic is unlikely to lead to many downgrades within the telecommunications industry across Europe, the Middle East, and Africa (EMEA) as rising connectivity demand insulates against the worst economic and credit distress. Some telecommunications companies may hit a “few... →

By: Natasha Odendaal     7th April 2020 Telecommunications groups Vodacom and Safaricom plan to accelerate the expansion of M-Pesa into Africa following its acquisition for an undisclosed amount from Vodafone. The duo have formed a joint venture (JV) to incorporate the M-Pesa brand and its product development and support services, and... →

By: Schalk Burger     6th April 2020 The Department of Cooperative Governance and Traditional Affairs (CoGTA) on April 4 announced the launch of a digital communication platform, Unathi, through which, using natural language-guided questions, citizens can anonymously report Covid-19 symptoms in themselves or their family members,... →

By: Schalk Burger     6th April 2020 Flexible and remote working arrangements may pose a substantial and costly risk to employers from a cybersecurity perspective and it is imperative for business to review and adopt an information security policy that employees must adhere to, multinational law firm Cliffe Dekker Hofmeyr says.... →

By: Schalk Burger     6th April 2020 In January and February, almost 1% of connected South Africans were the targets of malicious programs targeting users’ bank accounts compared to 1% of local market being targeted during 2019 and the projections for the remainder of the year could be massive, says cybersecurity multinational... →

By: Natasha Odendaal     6th April 2020 Telecommunications giant MTN has been named South Africa’s best mobile network for the first quarter of 2020. The MyBroadband Insights quarterly Mobile Network Quality Report shows that MTN has a network quality score of 9.69, down slightly from its score of 9.85 in the fourth quarter of 2019. →

By: Natasha Odendaal     6th April 2020 The Broadband Commission for Sustainable Development has adopted an Agenda for Action outlining immediate measures that governments, industry, the international community and civil society can take to ensure a strengthened collective technological response to the Covid-19 crisis. The agenda,... →

By: Schalk Burger     6th April 2020 Companies in Africa have recognised the value and importance of quality assurance processes for technology and software, as it underpins business growth, end-user satisfaction, cost control and security, quality assurance and software testing company Africonology CEO Mandla Mbonambi said in a... →

By: Schalk Burger     3rd April 2020 Hundreds of volunteer information and communication technology (ICT) professionals have contributed data, tools and skills to develop a vulnerability map that illustrate the communities most at risk from the Covid-19 pandemic. This map has been presented to a Presidential planning meeting,... →

By: Natasha Odendaal     3rd April 2020 Broadband Infraco and ItakaneICT have partnered to deploy cashless payment platforms to rural and disadvantaged communities. The move will help in dispensing and transacting financially without using physical cash amid the Covid-19 outbreak. →

By: Schalk Burger     3rd April 2020 Agri-fintech company eSus Africa is supporting small-scale and emerging farmers by gathering and using data. Its onsite system enables farmers to gather machine and sensor data, monitor inputs and feeds from weather and agriculture agencies for planning and decisions, as well as record yields,... →

By: Schalk Burger     3rd April 2020 As global power capacity is set to double by 2040, and with 80% more renewable sources than there are currently, Schnieder Electric is providing energy management training to meet the needs of heterogeneous and automated buildings and infrastructure, says Schneider Electric head of sustainability... →

By: Natasha Odendaal     3rd April 2020 Vodacom has kicked off the second season of its “Fast Forward” business workshops to equip entrepreneurs with the digital skills required to adapt to the Fourth Industrial Revolution (4IR). Following the success of its first series last year, Fast Forward returned in March and has extended... →

By: Natasha Odendaal     2nd April 2020 Vodacom and Discovery have teamed up to develop risk assessment and virtual healthcare tools for citizens to assess their Covid-19 risk, schedule virtual healthcare professional consultations and get advice. The Covid-19 online healthcare platform can help to identify people who need health... → 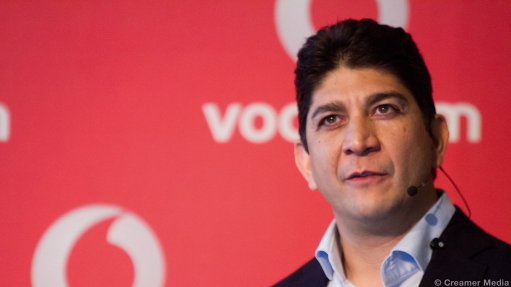 By: Natasha Odendaal     2nd April 2020 JSE-listed Allied Electronics (Altron) is pursuing a potential unbundling and separate listing of its UK subsidiary, Bytes Technology Group. Following a strategic review, Altron is mulling a listing and potential share offering of Bytes UK on the London Stock Exchange, with a secondary listing on... →

By: Irma Venter     1st April 2020 Digital freight forwarder Saloodo!, a subsidiary of DHL Global Forwarding, has launched a digital logistics platform for shippers and transport providers in South Africa, bringing the first digital road freight solution to the region. An efficient road freight network is a key conduit of trade... → 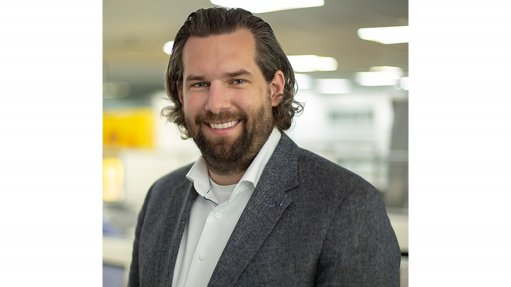 By: Natasha Odendaal     1st April 2020 User registration on telecommunications group Vodacom’s e-School platform is nearing one-million as South Africa’s schools remained closed. With the outbreak of Covid-19, all schools, universities and other educational institutions suspended operations from March 18 with no indication of when... → 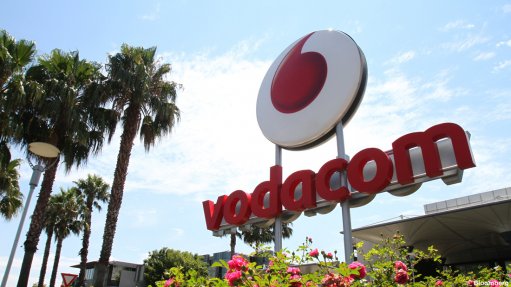 Jasco slides into the red in first half

By: Natasha Odendaal     31st March 2020 Information and communication technology (ICT) group Jasco posted a weaker year-on-year performance, impacted by a slowdown in infrastructure spend resulting in poor results from ICT-Carriers and continuing losses in Power and Renewables, during the half-year ended December 31, 2019. Despite the... →

By: Natasha Odendaal     27th March 2020 Fifth-generation (5G) technology will have a critical role to play in the world’s battle against Covid-19. A new white paper produced by advisory firm Deloitte and information and communications technology giant Huawei shows how the effectiveness of communication and data exchange has been... →

By: Natasha Odendaal     27th March 2020 As MTN group president and CEO Rob Shuter prepares to step down in March 2021 from the role he has held since 2017, a year-long hunt is on for his successor. Shuter, nearing the completion of his four-year fixed contract, plans to pass on the baton to “take a well-deserved rest” before figuring... →

By: Schalk Burger     26th March 2020 Cybersecurity statistics show a sharp spike in network attacks in South Africa between March 15 and 21, with affected devices increasing from 20 000 to 30 000 a day on average to a peak at about 310 000 over these few days, cybersecurity multinational Kaspersky says. This coincided with a time in... →

Icasa set to scale down operations as South Africa locks down

By: Natasha Odendaal     26th March 2020 The Independent Communications Authority of South Africa (Icasa) is planning to significantly scale down its operations, as South Africa enters its Covid-19 national lockdown from midnight Thursday, March 26. The authority said on March 26 that it will align its operations to the measures... →

By: Natasha Odendaal     26th March 2020 The number of registered mobile money accounts worldwide has surpassed the one-billion mark, with the processing of about $2-billion in transactions undertaken every day. A new GSMA ‘State of the Industry Report on Mobile Money’ report shows that 2019 marked a major milestone for the mobile money... →

By: Natasha Odendaal     26th March 2020 The Competition Tribunal has confirmed, as an order, the consent agreement between the Competition Commission and telecommunications group Vodacom. The tribunal said in a statement that a copy of the order and agreement will be published on its website in due course. →

By: Natasha Odendaal     25th March 2020 The Competition Tribunal will, on March 25, consider the settlement agreement between the Competition Commission and telecommunications giant Vodacom. Following the conclusion of the agreement early in March, the duo are now applying to the Tribunal for the confirmation of their consent agreement... →

By: Natasha Odendaal     24th March 2020 JSE-listed Alaris on March 24 posted a surge in earnings for the six months ended December 31 on the back of strong performance by its Alaris Antennas and Cojot business units. The group’s headline earnings a share increased by 256% from 5.42c in the corresponding period last year to 19.27c in... →

By: Natasha Odendaal     23rd March 2020 Information and communications technology (ICT) infrastructure and smart device provider Huawei has donated R1-million toward South Africa’s efforts to contain the spread of the coronavirus, which causes the Covid-19 disease. The South Africa-China Economic and Trade Association, at the Chinese... →

By: Natasha Odendaal     20th March 2020 Telecommunications giant Vodacom plans to reduce its data costs and embark on a programme to enable digital inclusion over the next two years after reaching an agreement with South Africa's Competition Commission. Following the publication of the commission’s ‘Final Findings and Recommendations... →

By: Schalk Burger     20th March 2020 Market leadership is most frequently attained when an organisation establishes a high level of trust in the data from its customers, its own business processes and across its partner ecosystem, says information technology multinational IBM Institute for Business Value director Ian Fletcher. While... →

By: Khutso Maphatsoe     20th March 2020 Although drones have been a positive business decision for various industries, such as agriculture, where drones are used for automated farming, drones can also pose a threat to companies when they are used for corporate espionage, says information and communications technology systems integrator... → 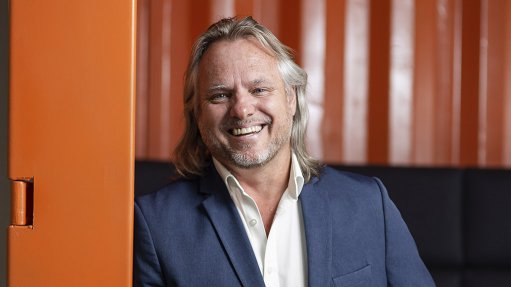