By: Donna Slater     4th April 2014 The installation of band clamps can be performed faster and tighter than before using the newly released Ultra-Lok UL4000-C tool. →

4th April 2014 Buyers of handheld and power tools will have direct, face-to-face access to a large number of Greater China suppliers during the yearly Hardware and Building Materials exhibition of China Sourcing Fair, where the latest products and innovations in this tool sector will be showcased. → 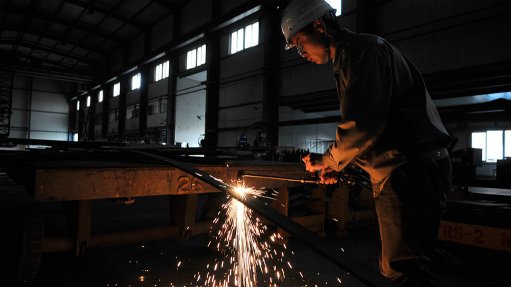 MADE IN CHINA The latest products and innovations will be showcased 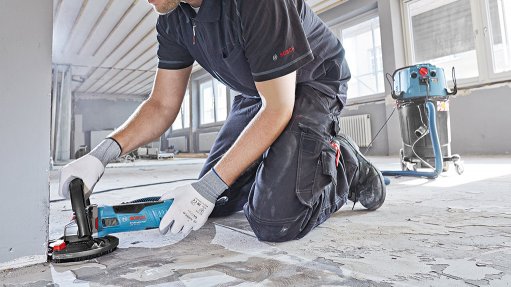 By: Donna Slater     4th April 2014 An increased focus on safety and a better understanding of the importance of applying correct torque forces by companies, has led to an increased demand in the market for torque multipliers, says hand tool manufacturer Gedore Tools South Africa (SA). → 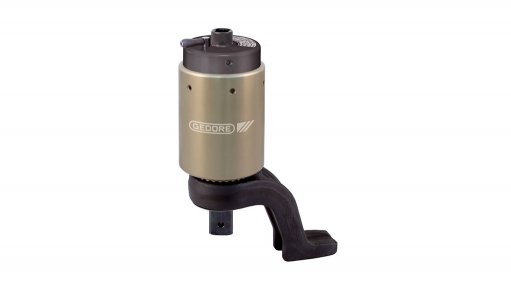 4th April 2014 Wholly owned subsidiary of Hudaco Trading and industrial power tools distributor Rutherford was established in South Africa in 1912. In its early years, the company mainly sold general engineering requisites in the shape of packings, brassware, belting but, in latter years, it became well... → 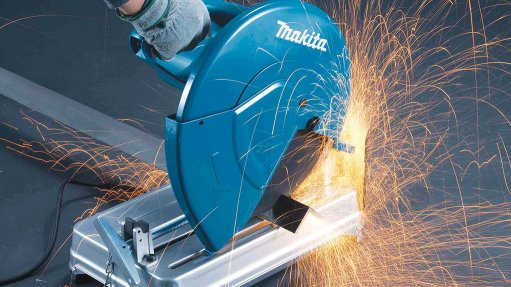 By: Gia Costella     5th April 2013   Engineering solutions provider Bearing Man Group (BMG) has expanded its range of tools by introducing industrial tools and equipment manufacturer Atlas Copco’s turbo grinders this month, which are designed for grinding, cutting and sanding, even in confined spaces. →

By: Gia Costella     5th April 2013   Industrial products supplier Dowson & Dobson will showcase its range of Mighty Seven (M7) pneumatic air tools at this year’s Automechanika trade fair, which will target trade visitors from sub-Saharan Africa and will take place from May 8 to 11 at the Nasrec Expo Centre, in Johannesburg. →

By: Gia Costella     5th April 2013 Manufacturer and supplier of diamond tools and equipment Diamond Products introduced the DP 75 H wall saw to the African market this year and hopes to establish the saw and its technology as an accepted product on the South African market.   →

By: Gia Costella     5th April 2013 To meet the rising demand for operator safety on site, as specified by major construction companies, added safety features have been included in the design of the new GBH 8-45 DV professional rotary hammer, which was launched in January by technology and services provider Bosch Power Tools South... →

By: Yolandi Booyens     6th April 2012 Global polymer processing company Rehau has launched an enhanced version of the Adamik hand-held portable Edgebander, which is used to apply edgeband to chipboard in Europe →

By: Yolandi Booyens     6th April 2012 The hand-held and power tools market is not easy to enter, as new players first have to prove themselves in one or more facets, says diversified technology company 3M South Africa. →

6th April 2012 Power tools manufacturer Makita made a new jig saw, which has been developed to cover the midrange capacity segment, and which provides contractors and woodworkers with a compact, powerful model that provides less vibration, available to the market. →

By: Yolandi Booyens     6th April 2012 Industrial equipment supplier Dowson & Dobson Industrial (D&D) will, on June 1, introduce a new range of hand-held tools that make use of turbo air motors, which are better suited as a drive for standard air tools than electric motors.  →

By: Yolandi Booyens     4th April 2012 Specialist in the manufacture, assembly and sales of diamond tools Diamond Products has introduced its lightweight Shibuya core drill into the market. →