By: Simone Liedtke     27th January 2017 Airports Company South Africa (ACSA) plans to build solar power plants at all six of the South African airports its owns and operates by November this year. → 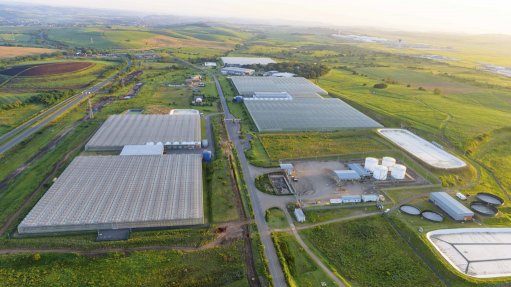 By: Bloomberg     29th December 2016 As far as Tesla’s concerned, what’s happening in Las Vegas can stay in Las Vegas. The real action is some 400 dusty miles northwest, across the state in Reno. The electric-car maker is seizing on next week’s consumer electronics show to host investors and analysts at Gigafactory 1, the sprawling... → 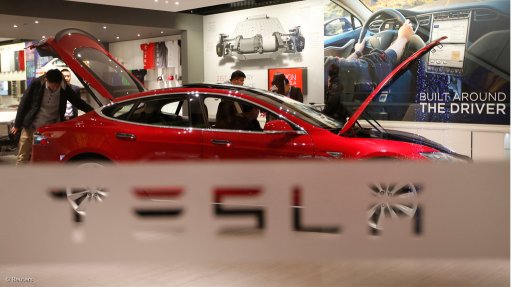 By: Megan van Wyngaardt     20th December 2016 Thirty-two forestry workers’ timber houses at the Grootvadersbosch Nature Reserve, near Heidelberg, in the Western Cape, have been transformed into “eco-unit” accommodation for tourists. Work on this R14.5-million project, commissioned for conservation group CapeNature, started in April 2015 and... →

By: Megan van Wyngaardt     12th December 2016 The Khobab wind farm, 60 km north of Loeriesfontein in the Northern Cape, has completed all 61 of its wind turbine foundations ahead of schedule. Khobab said in a note released Monday that the first foundation pour was finished on June 30, using low quantities of Portland cement in the concrete... →

By: Simone Liedtke     9th December 2016 Energy efficiency solutions provider Magnet Energy has developed, designed and manufactured the Lite-C wireless lighting control system, which allows for a reduction in electricity bills of up to 43%. → 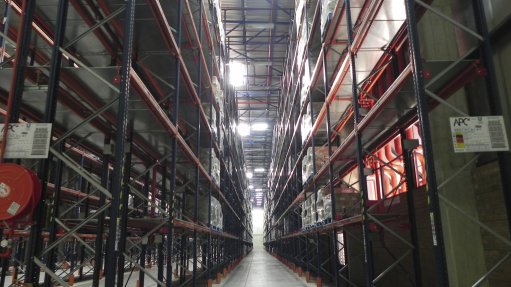 No excuses for noninvestment in greener buildings

By: Simone Liedtke     9th December 2016 With such a strong business case for energy efficiency and renewable energy, energy solutions provider Johnson Controls area GM Neil Cameron says South African companies do not have an excuse for not investing in greener buildings. → 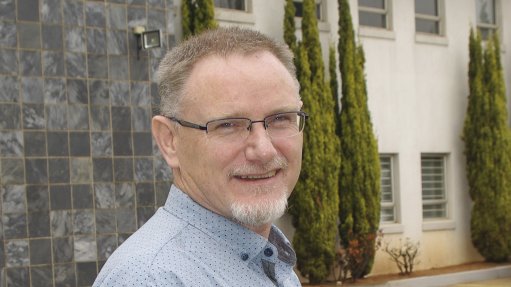 By: Simone Liedtke     9th December 2016 The National Business Initiative’s Private Sector Energy Efficiency programme has, among others, not only reinforced the business case for energy efficiency but also raised the bar in terms of industry’s awareness and participation, says resource efficiency and management company Environmental... → 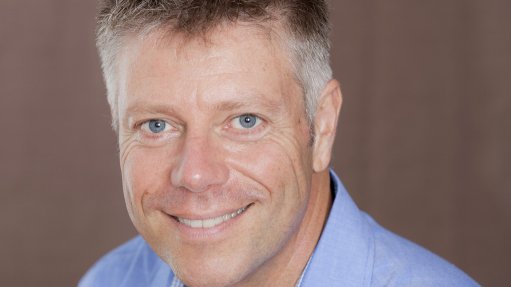 By: Robyn Wilkinson     9th December 2016 There has been a slowdown in the development of commercial properties as developers shift their focus to residential, healthcare and industrial projects to best manage risks in South Africa’s economic climate, says business management consultant WSP | Parsons Brinckerhoff Africa regional director... → 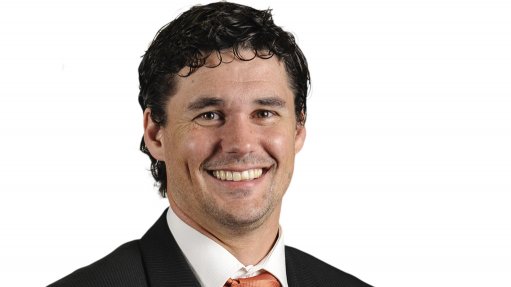 By: Megan van Wyngaardt     6th December 2016 The final phase of global chemicals company Sasol’s new headquarters, Sasol Place, in Sandton, its tenth floor, was commissioned on Monday. This not only houses its group executive suites, but also hosts the company’s engagement facilities. This completes the 11-storey, 47-m-tall office complex,... → 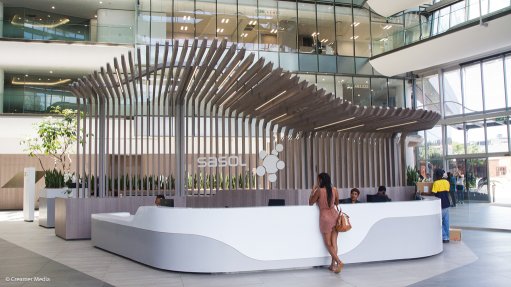 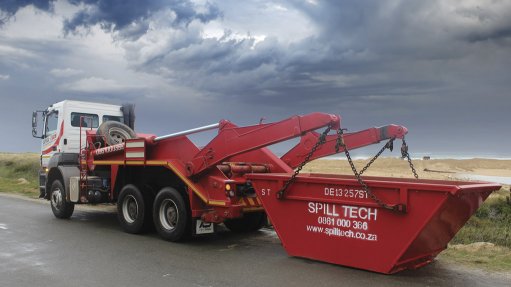 By: Megan van Wyngaardt     28th November 2016 Aveng Grinaker-LTA is nearing the completion of Sasol’s new global headquarters, Sasol Place, in Sandton. The building is designed in an S-shape, which links the core of the building with two atriums and represents the linked particles of the Sasol logo. The internal structure of the building is... →

By: Sascha Solomons     25th November 2016 Although noise pollution has been described as the next ‘green’ barrier to overcome, flooring solutions provider KBAC Flooring says noise pollution is often overlooked in corporate environmental policies. For instance, KBAC Flooring sales director Brandon Park points out that selecting the... → 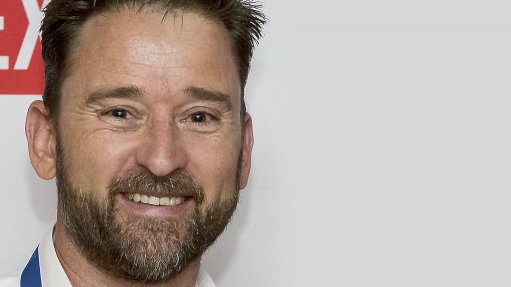 BRANDON PARKS Property developers, designers and architects have a crucial role to play in providing inspirational working environments for employees 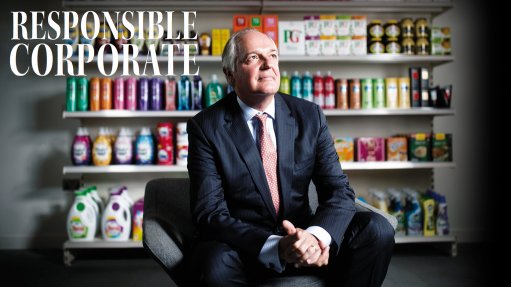 By: Keith Campbell     18th November 2016 Council for Scientific and Industrial Research (CSIR) acting CEO Dr Molefi Motuku has assured that his organisation will continue to meet the challenges facing it and the country. He was speaking at the biennial CSIR Excellence Awards ceremony recently held in Pretoria. "It is an exciting time... →

By: Megan van Wyngaardt     16th November 2016 The relocation of 2 500 of energy and chemicals company Sasol’s employees from its 11 commercial properties spread across Johannesburg, including the Sturdee road complex, in Rosebank, into the company’s global headquarters, Sasol Place, in Sandton, has started. The 67 000 m2, ten-storey... → 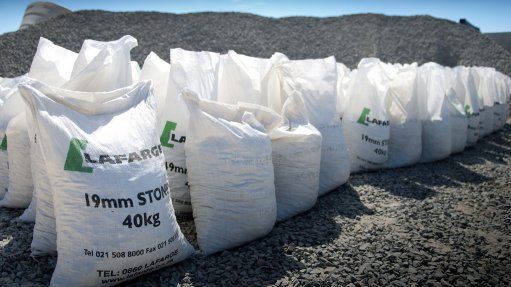 By: Donna Slater     23rd September 2016 With over 600-million people in Africa living without electricity, four entrepreneurs have joined forces in an effort to reduce this volume of people without access to electricity with the formation of renewable energy company ePower Holdings.  → 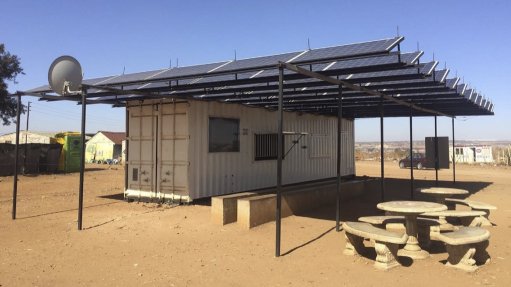 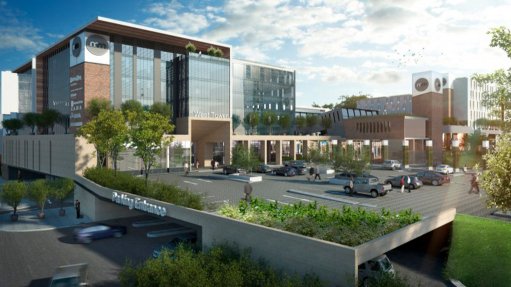 By: Donna Slater     9th September 2016 The Hatfield Square redevelopment in Pretoria, which is currently under construction, is on track to open for reservations in January 2017, offering Pretoria’s student community a mixed-use precinct that will include modern student residences, retail and leisure facilities.  → 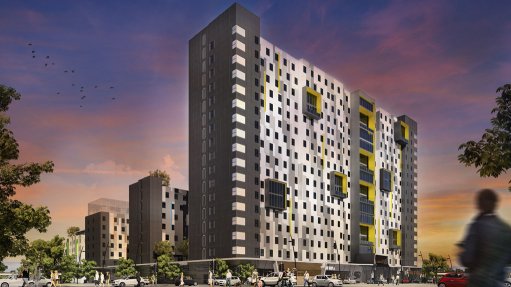 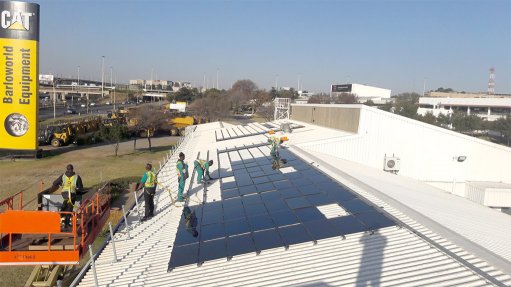 By: Kimberley Smuts     12th August 2016 Being active in reducing energy consumption, The Concrete Institute (TCI) notes that concrete is a cost-effective material with low embodied energy and is, therefore, important in contributing to the sustainability of South Africa’s infrastructure. Embodied energy is the energy consumed by all of... → 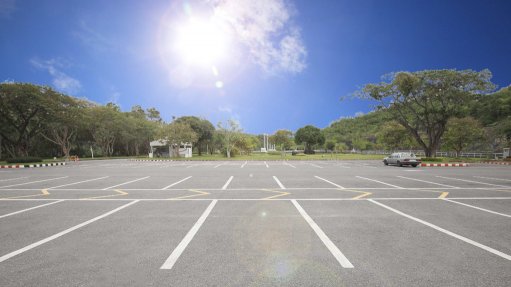 By: Megan van Wyngaardt     2nd August 2016 With investment in the offgrid solar sector reaching $276-million last year – a 15-fold increase over 2012 – the third International Off-grid Renewable Energy Conference and Exhibition (Iorec), which will be held in Nairobi, Kenya, from September 30 to October 1, will aim to further improve... →

By: Anine Kilian     27th July 2016 Albeit a water-strained country, South Africa has one of the most diverse economies in the world for the ecosystem in which it is embedded, according to University of the Free State professor and water expert Dr Anthony Turton. Speaking at the ninth yearly Green Building Conference in Sandton,... → 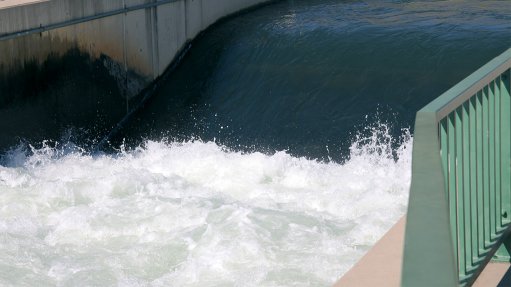 By: Anine Kilian     27th July 2016 The World Green Building Council (WGBC), along with the World Resources Institute-led Building Efficiency Accelerator (BEA), on Wednesday announced a new partnership to dramatically ramp up energy efficiency within buildings across the world, starting with the city of Tshwane, in Gauteng.... → 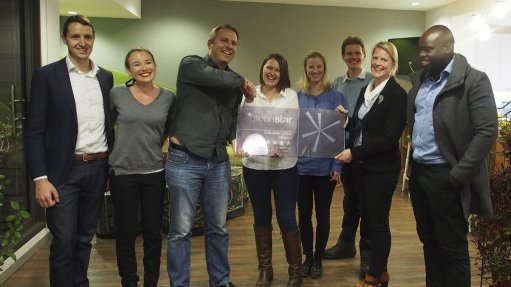 Senwes to save from completed solar project

By: Megan van Wyngaardt     20th July 2016 The installation of 2 392 solar panels at South African agribusiness Senwes’s head office, in Klerksdorp, will save a projected 1 172 t/y of carbon emissions, equivalent to 270 running cars or 481 t/y of coal. CEO Joe Maswanganyi says the project, which was completed in June, will save about 1 kg... →

Building green not as costly as once thought – study

By: Natasha Odendaal     15th July 2016 A new report published on Friday by industry associations has revealed that the cost premium of building “green” was only an average of 5% above the construction of traditional buildings, much less than previously thought. The first edition of the ‘Green Building in South Africa: Guide to Costs... → 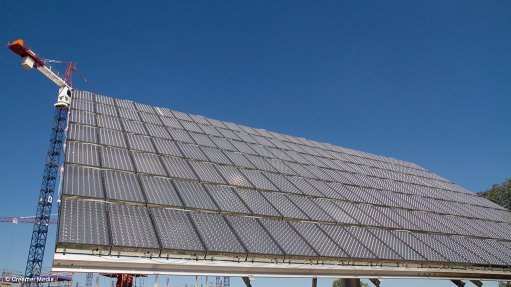 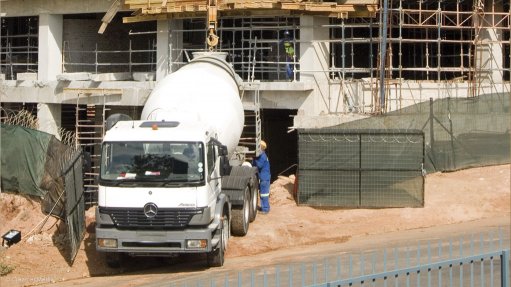 Photo by Duane Daws
TARGET MARKET While some construction majors had struggled in in the past year, market growth is expected to stem from smaller industry players

By: Natasha Odendaal     14th July 2016 Solar energy services firm SolarAfrica on Thursday said it had, along with Aqueous Hybrid Ion batteries and energy storage systems manufacturer Aquion Energy, completed the installation of an offgrid microgrid at the wildlife research and ecotourism hub Loisaba Conservancy, in Kenya. The offgrid... →

Why is government dragging its heels on meaningful economic reforms?