By: Bruce Montiea     30th January 2015 The possibility of successful gas projects will depend on the emergence of willing investors to fund the costs of exploratory drilling.  An increase in appetite from private investors could encourage an increase in private participation in the South African gas market, speculates business law... → 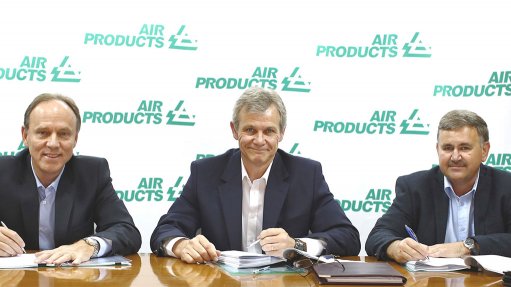 Gas-generator-sets market to grow by 2019

29th August 2014 In the last three years, gas generator-sets have risen in prominence in Europe and the US, owing to stricter emission laws and lower gas prices. The shale gas boom in the US and increasing adoption of biogas in Europe have kept the gas generator-sets market in the two regions buoyant, while... →

29th August 2014 The implementation of a comprehensive fire and gas detection and proactive emergency shutdown (ESD) system solution is essential in ensuring the protection of active plants and associated assets of substantial value, and is invaluable in averting any type of potentially catastrophic failure.... → Photo by Ngage
COLD BOX The cold box, which weighs almost 100 t, was designed and manufactured by Germany-based Linde Group

29th August 2014 An issue for many subsea oil and gas fields is that decreasing natural pressure is reducing recovery and shortening the lifetime of fields. Norwegian oil and gas multinational Statoil-owned Åsgard oilfield, situated about 200 km off the coast of Norway, has developed a process that could benefit... →

By: David Oliveira     29th August 2014 Industrial gases and chemicals supplier Air Products South Africa is commissioning its R300-million air separation unit (ASU) in the Coega industrial development zone (IDZ), in the Eastern Cape. “The project is about 95% complete and we anticipate that the ASU will come on stream soon and will be... → 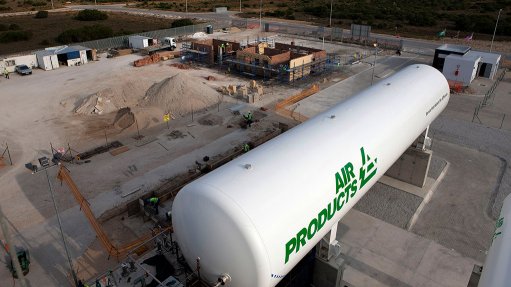 By: Ilan Solomons     31st January 2014 The US Energy Information Administration (EIA) findings of 2011, which estimated that South Africa possesses technically recoverable resources of about 485-trillion cubic feet of natural gas in the Karoo basin region, is not something that government can easily ignore, according to Transport... → FRACKING UP A STORM Dipuo Peters believes that it would be wrong for government not to explore all potential gas opportunities, including shale gas explorations By: Ilan Solomons     31st January 2014 Gas exploration and development company Sunbird Energy is scheduled to start its front-end engineering design (FEED) work on its Ibhubesi gas project, in the Western Cape, in first quarter of this year. It also targeted 2015 for a final investment decision on development of Ibhubesi, MD Will... → 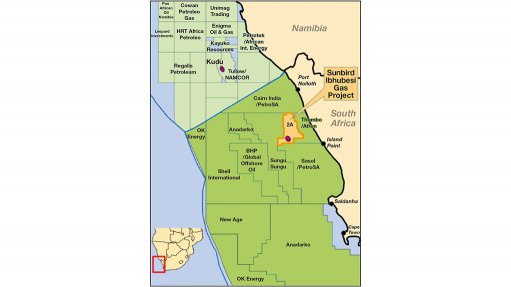 IBHUBESI GAS PROJECT Since 2000, R1.2-billion has been spent on the exploration and appraisal of the Ibhubesi gasfield 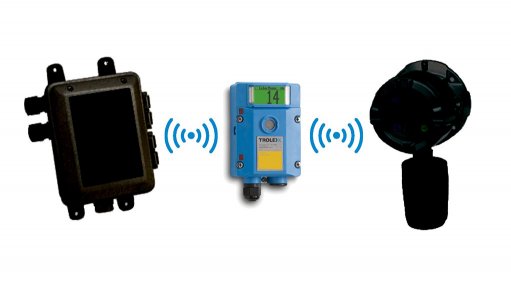 Major growth in global gas use by 2025

By: Ilan Solomons     31st January 2014 Electric services and capital company General Electric’s (GE’s) white paper report, ‘The Age of Gas and the Power of Networks’ predicts that global gas consumption will increase to about 4 800-billion cubic meters a year (bcm/y), rising significantly from the current figure of about 3 500 bcm/y,... → 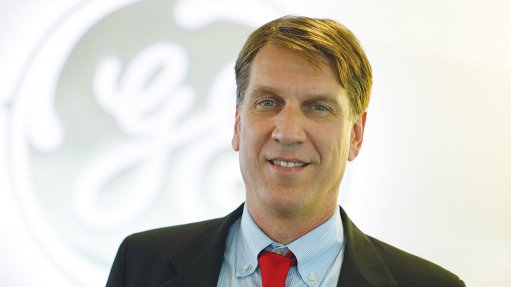 By: Ilan Solomons     31st January 2014 The structural construction of industrial and speciality gas manufacturer and supplier Air Products South Africa’s R300-million air separation unit (ASU), in Zone 3 of the Coega industrial development zone, in the Nelson Mandela metropolitan municipality, in the Eastern Cape, has been completed.... → 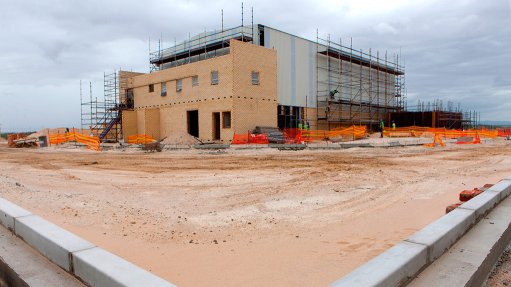 By: Ilan Solomons     30th August 2013 The gas industry is grappling with the pressure of a challenging economic and political environment on the African continent, fuelled by poor infrastructure, corruption, an uncertain regulatory framework and a lack of skills. This is according to audit, tax and advisory firm PwC’s ‘From promise... → 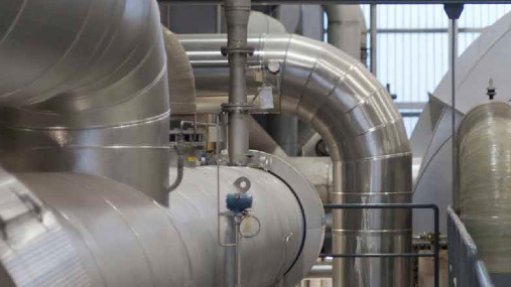 LOCAL SKILLS NEEDThe percentage of the African gas and oil workforces comprising expatriates increased from 10% to 25%, while only South Africa had expatriate figures of below 10% in all skills categories

By: Ilan Solomons     30th August 2013 The Parliamentary Portfolio Committee on Energy (PCE) met with liquefiable petroleum gas (LPG) supplier Easigas earlier this month at the company’s Bellville depot, in the Western Cape, to discuss pertinent industry matters. “These related to infrastructural and supply chain challenges; the... → 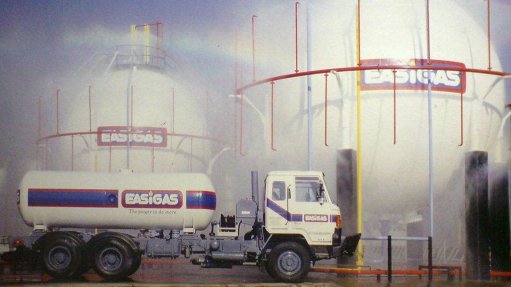 ENGAGING GOVERNMENTIn its discussions with the Parliamentary Portfolio Committee on Energy, Easigas has proposed that the Department of Energy revise its policy of pricing imports of liquefiable petroleum gas based on petroleum prices

By: Ilan Solomons     30th August 2013 The discovery of large gas deposits on the Southern African coastline in the past three years could potentially result in significant benefits for the region; however, the lack of adequate infrastructure may hinder the full realisation of these opportunities, says global management consulting... → 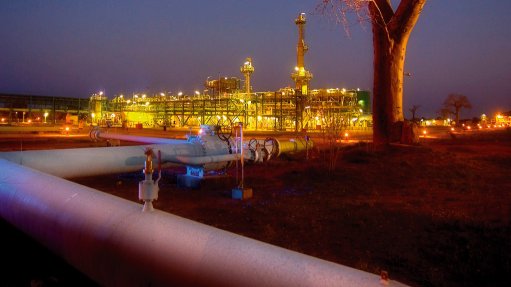 Course to include oil and gas module

By: Ilan Solomons     30th August 2013 The growing interest in coal-bed methane and shale gas in Africa and elsewhere has prompted auditing and consulting firm Deloitte’s wholly owned subsidiary, Venmyn Deloitte, and Pretoria University to launch a course on reporting of oil and gas resources, including a discussion on the National... → 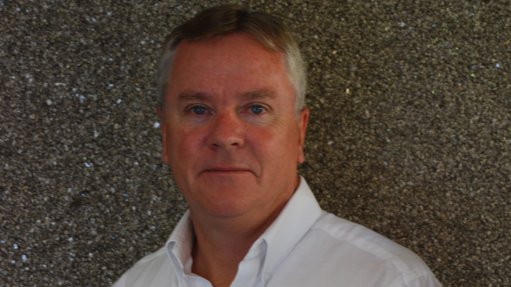 By: Ilan Solomons     30th August 2013 Industrial and speciality gas manufacturer and supplier Air Products South Africa will start the formal construction of its R300-million air separation unit (ASU) in Zone 3 of the Coega industrial development zone, in the Nelson Mandela metropolitan municipality, in the Eastern Cape, this month.... → 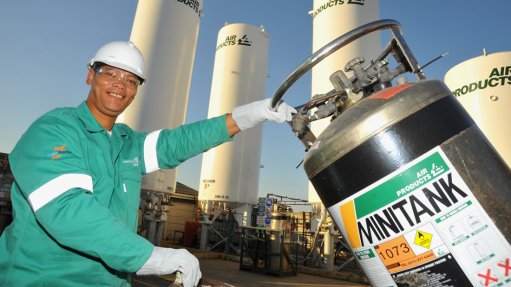 SAFETY RECORDAir Products South Africa’s Deal Party plant, in Port Elizabeth, has to date been incident free for the entire 30 years of its operation

By: Ilan Solomons     30th August 2013 Commercial interest in Africa’s gas sector has shifted markedly over the last decade, owing to the associated natural gas developments from the oil boom in the Gulf of Guinea. Investor interest has, therefore, shifted slightly away from traditional gas-producing countries in North Africa, such as... → 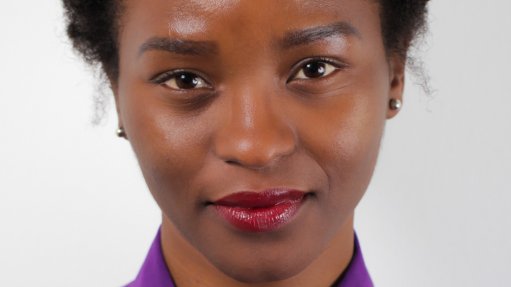 Gas will play major role in future of energy supply

By: Sashnee Moodley     1st February 2013 The supply of global energy will need to double between 2010 and 2050 to meet the demand, with gas pegged to play a major role in the future of global energy supply, says oil and gas major Shell upstream international director Andrew Brown.  →

Increase in LPG demand leads to surge in disreputable dealers

By: Sashnee Moodley     1st February 2013 A study, comprising industry interviews and data-based research by global strategy consultancy AT Kearney, has revealed that gas has the potential to transform the South African energy and manufacturing landscapes, as it offers significant growth opportunities, says AT Kearney principal Martin... →

1st February 2013 Industrial gases and welding group Afrox will undertake its biggest project yet in South Africa when it invests R500-million to relocate its Durban operations to a new centralised business campus, to be developed at agroprocessing company Tongaat Hulett’s new Cornubia Industrial and Business... →

31st August 2012 Cognisant of the impact that impure oxygen can have on the final product produced by laser oxygen cutting, industrial and specialty gas products and chemicals company Air Products South Africa has a specialised plant that produces Lasox. Air Products’ Cryoease division produces and supplies the... →

By: Samantha Herbst     31st August 2012 Liquefied petroleum gas (LPG) use is becoming increasingly popular, with developing countries like Indonesia, Turkey, Morocco and India having converted to using gas instead of paraffin as their main domestic thermal fuel source in recent years. Gas is now the main thermal fuel in many domestic,... →

By: Samantha Herbst     31st August 2012 Hydraulic fracturing, or fracking, in the Karoo might give South Africa’s economy a big boost, but experts are dubious about whether the process will be executed correctly and whether the appropriate technology will be used. “Technology has improved drastically over the last four years, but what... →

By: Celest Smith     3rd February 2012 Gas supplier KayaGas is working on the roll-out of the second stage of its liquefied petroleum gas (LPG) filling plant project in the Western Cape. →

Registration a must for competent gas practitioners

3rd February 2012 Industry body the South African Qualification and Certification Committee for Gas (SAQCC Gas) emphasises the importance of hiring competent gas practitioners and the need for these practitioners to be registered with the committee. →

3rd February 2012 The use of methane gas from landfill to fuel electricity generation systems is one solution to the much-needed diversification of energy resources in Southern Africa, says the Institute of Waste Management of Southern Africa (IWMSA). →

Aviation sector accelerating adoption of hydrogen as a fuel source