Use of gas technology increasing in food preservation

By: Pimani Baloyi     7th March 2014 Atmospheric and speciality gas technology manufacturer Air Products South Africa says there has been an increase in the use of modified atmospheric packaging (MAP) – its gas-based food packaging technique. Air Products speciality gas sales manager Arthi Govender says this is because the South... → 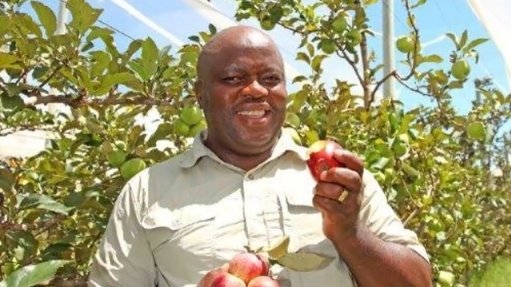 7th March 2014 The New Partnership for Africa’s Development  (Nepad) Agency has, through one of its flagship programmes - the Comprehensive Africa Agriculture Development Programme (CAADP) – been intensifying talks on growing agriculture capacity and thereby eradicating hunger and poverty in Africa. Nepad, in... →

Beverage manufacturing on the increase in sub-Saharan Africa

7th March 2014 The growing demand for beer, carbonated soft drinks and other beverages in sub-Saharan Africa (SSA) is expected to expand the sub-region’s beverage manufacturing sector between 2012 and 2019, global growth consulting firm Frost & Sullivan says in a statement. This will, in turn, lead to the... →

By: Pimani Baloyi     7th March 2014 The shortage of food testing specialists in South Africa is challenging, as food and beverage analytical services providers have to train their own food testers to ensure that they meet the required standards and can thoroughly analyse the nutritional elements of all food products, research... → 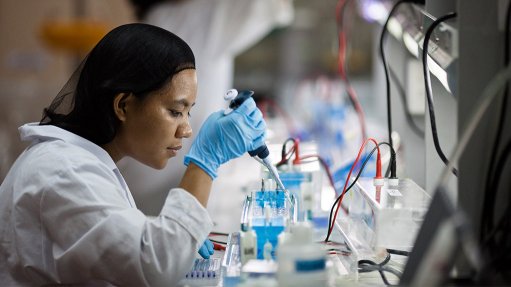 By: David Oliveira     23rd August 2013 The difficulty of tracing a product is, owing to incorrect serialisation and infrastructure, one of the biggest challenges in the retail industry, says systems integrator and supply chain, identification and mobility solutions provider Zetes. “This can have life-threatening consequences, as in... →

By: David Oliveira     23rd August 2013 South Africa is not experiencing honeybee shortages like Europe and the US, where in some parts of those countries up to 80% of honeybee colonies are reported as collapsed, says association for the plant science industry CropLife South Africa consultant Dr Gerhard Verdoorn. A honeybee shortage is... →

By: David Oliveira     23rd August 2013 A pilot phase for polystyrene recycling software PolyNet is being launched for the Bread Tags for Wheelchairs initiative, facilitated by industry body the Polystyrene Packaging Council (PSPC) of South Africa. The initiative sees people collecting bread packet tags, which are then sold to buy new... →

By: David Oliveira     23rd August 2013 Eighty per cent of maize grown in South Africa and large portions of the country’s soya and cotton production are genetically modified (GM), with increasing concern about the lack of long-term studies documenting the possible effects of these GM crop productions on humans and the environment.... →

By: David Oliveira     23rd August 2013 Food waste is a global and a local challenge, which is costing South Africa R61.5-billion a year. Subsequently, South Africa-based scientific and technology research, development and implementation organisation the Council for Scientific and Industrial Research (CSIR) is undertaking research on... → 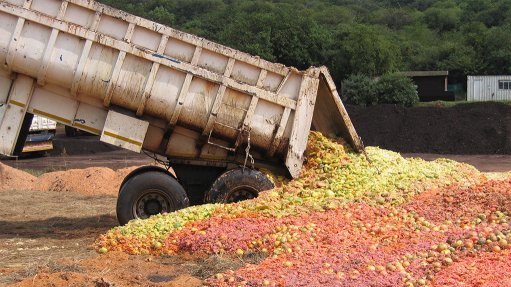 By: Yolandi Booyens     8th March 2013 The South African Pest Control Association (Sapca) sent a delegation to the Department of Agriculture, Forestry and Fisheries (DAFF) in 2012 to raise its concern about a future without the fumigant Methyl Bromide, which, in the absence of alternatives, could lead to a standstill in the food... →

Ban on alcohol advertising would limit freedom of choice

By: Yolandi Booyens     8th March 2013 Competition in the alcohol industry will be destroyed if government officials succeed in banning alcohol advertising in South Africa – not only will it freeze the market share of the two largest players – Distell and South African Breweries Miller – but it will also demolish many of the smaller... →

By: Yolandi Booyens     8th March 2013 The fraudulent labelling of fish products is a serious threat to global seafood markets, with 24% to 50% of species mislabelled, states Word Wide Fund for Nature South Africa (WWF-SA) manager of seafood-market transformation and the sustainable fisheries programme John Duncan. This not only has... →

Virtual reality element to be launched with AB7

By: Yolandi Booyens     8th March 2013 A virtual-reality element will be included at this year’s Africa’s Big Seven (AB7) show, the largest food and beverage trade show on the continent, allowing exhibitors and visitors to participate virtually, in real time, from anywhere in the world. AB7 is to be enhanced virtually from the... →

By: Chantelle Kotze     8th March 2013 Bearings, seals and lubrication systems supplier SKF will focus on educating its distributors and customers on its food-grade lubrication system, ChainLube, to drive local uptake of the product as part of its marketing strategy for 2013. →

By: Yolandi Booyens     8th March 2013 A committee is investigating the development of an Animal Welfare Act that will regulate the treatment of livestock in South Africa. This problem can, to some extent, be dealt with by the Animals Protection Act, No 71 of 1962, but new laws to deal with the systems currently in place at factory... →

By: Yolandi Booyens     8th March 2013 South Africa is anticipating a grape crop of more than 1.3-million tons for 2013 – a record in the wine industry's history. In addition, the country’s wine exports reached a record of 417-million litres in 2012, up 17% from 2011. The outlook for the South African wine industry remains positive,... →

By: Nomvelo Buthelezi     9th March 2012 Beverage manufacturer The Coca-Cola Company is collaborating with local partners in the sugarcane industry in a sustainable agriculture initiative aimed at reducing the impact of sugarcane farming on the environment.  →

By: Nomvelo Buthelezi     9th March 2012 Global fast food restaurant company Yum Brands, the parent company of Kentucky Fried Chicken (KFC), plans to increase the number of KFC stores in Africa to around 1 000 by the end of this year. →

9th March 2012 Gas products and technology manufacturer and supplier Air Products says it has made important strides in food safety technology in the last 4 to 5 years, particularly in the area of modified atmosphere packaging (Map), where its Freshline offering brings a complete packaging solution to food... →

Use, recycling of polystyrene packaging increases in food industry

By: Nomvelo Buthelezi     9th March 2012 The use and recycling of polystyrene in the food industry has increased over the past few years through the various awareness initiatives created by industry organisation the Polystyrene Packaging Council (PSPC) of South Africa. →

By: Henry Lazenby     25th February 2011 Demand for food products in South Africa, and the rest of the world, has gone full circle, owing to people demanding to eat food that is produced naturally, with the least amount of processing, food scientist Dr Aubrey Parsons reports. →

By: Henry Lazenby     25th February 2011 Food health, safety and laboratory services provider Aspirata reports that it is pioneering the genotyping of food pathogens in South Africa to accurately trace the origins of contaminants in food. →

By: Henry Lazenby     25th February 2011 Green hospitality networking website Greenstuff founder Lorraine Jenks reports that, with the release of the National Treasury’s carbon tax discussion document late last year, hospitality establishments are starting to give serious thought as to how their operations may be affected. →

25th February 2011 Seafood specialist Garon Foods reports that it has installed a FlexLink conveyor system from Flexible Conveyor Systems (FCS) to streamline the production and packaging of food products that requires special cooling before sealing. →

By: Henry Lazenby     25th February 2011 Local beverages producer Ciro Beverage Solutions has launched a project to train baristas from underprivileged backgrounds in the fine art of coffee making. The programme is being run through the Ciro Coffee Academy and involves taking unemployed South Africans, with limited skills, and putting... →

By: Henry Lazenby     25th February 2011 South Africa is a major exporter of food-related products, which account for about 8% of all exports, highlighting the need for increased food safety awareness and certification among local suppliers and producers, laboratory services provider Aspirata reports. →