By: Ilan Solomons     18th April 2014 Nigeria currently produced only about 5 000 MW of electricity a year, but required at least 15 000 MW a year to sufficiently power the country and ensure supply security and reliability, said Nigeria Presidential Taskforce on Power chairperson Reynolds Bekinbo Dagogo-Jack at the 2014 Power &... → 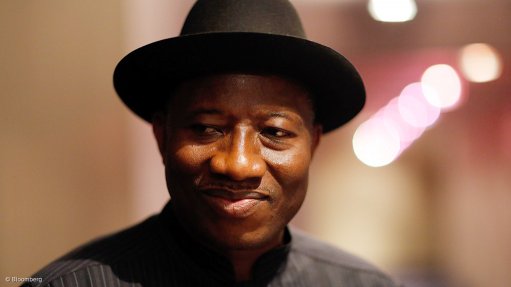 By: David Oliveira     13th December 2013 The Stefanutti Stocks and Basil Read Joint Venture (SSBRJV), which is one of the principal contractors overseeing the construction at parastatal power utility Eskom’s Kusile power station project, was presented with the first prize in the category for projects valued at over R500-million at this... → 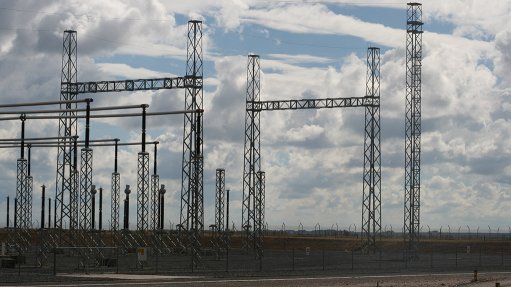 By: David Oliveira     13th December 2013 State-owned power utility Eskom says its Medupi Leadership Initiative (MLI), which is aimed at helping local unskilled and semiskilled workers find employment after completion of the power station project, near Lephalale, is setting the precedent as the largest post-construction work opportunity... →

By: David Oliveira     13th December 2013 State-owned power utility Eskom reports that its Ingula pumped storage scheme, which is located on the border of the Free State and KwaZulu-Natal, reached 93% completion on its tailrace concrete lining in October. The concrete lining will run for a total of 2 313 m, of which 2 158 m has already... → 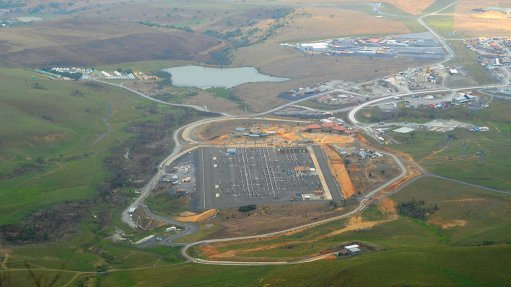 By: David Oliveira     13th December 2013 State-owned power generator Eskom achieved over 4.62-million worker hours without a lost-time injury at its Medupi power station, located to the west of Lephalale, in Limpopo, it reported in October. The company says this is a remarkable achievement considering the size, scope and complexity of... → 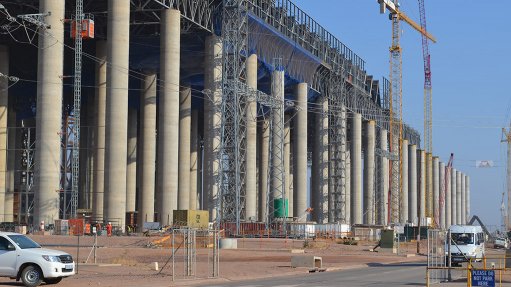 19th April 2013 Temporary power and temperature control solutions provider Aggreko is expanding the power generation capacity at Gigawatt Park, in Ressano Garcia, Mozambique, to 232 MW at a cost of more than $200-million, including fuel costs. →

By: Sashnee Moodley     19th April 2013 The electricity distribution grid in South Africa are only a few years away from collapse and that would result in unexpected power failures, as most infrastructure is nearing the end of its life cycle and the general tendency to deal with maintenance happens only when a breakdown occurs. →

By: Sashnee Moodley     19th April 2013 Finnish power solutions group Wärtsilä says that, to date, it has installed 470 power plants in Africa, with a total output of almost 6 GW, and it is on track to complete its latest projects on the continent.  →

Upgrade under way at power station

19th April 2013 Products from admixture producer Chryso Southern Africa can play a vital role in ensuring speed and uniformity in production of precast concrete elements for the turbines which are expected to become a major source of power generation in South Africa in the future, says Chryso technical services... →

By: Sashnee Moodley     19th April 2013 Energy solutions provider Siemens Energy Service held its energy service open day at its 4 900 m2 Wadeville factory, in Johannesburg, last month to inform customers about and present the capabilities of the company’s service facility to them. →

By: Anine Kilian     29th June 2012 Steel fabricator Genrec, which is part of the Murray & Roberts group, has fabricated nearly 50% of the 220 000 t of steel required for the erection of boiler units at State-owned power utility Eskom’s Medupi and Kusile power plants. →

Alterations made to avoid giraffe electrocutions

29th June 2012 State-owned power utility Eskom has rebuilt and moved some of its infrastructure in the Marloth Park nature conservancy, following the electrocution of four giraffe, the Endangered Wildlife Trust (EWT) reports. →

20th April 2012 Hitachi Power Africa, the power plant contractor for the Medupi and Kusile boilers, is continuing work ahead of the next milestones in the construction of the boilers at the Medupi power station.  →

By: Gia Costella     20th April 2012 South Africa must focus on becoming a service-orientated society to mitigate the sociological challenges, such as skills shortages, facing the power industry. This will ensure that the country has a sustainable, efficient and reliable power generation system, asserts energy service systems and... →

By: Chantelle Kotze     20th April 2012 South Africa needs to grow specialist power plant construction skills at various levels but, sustaining such an initiative will require the construction of new power plants on an ongoing basis, rather than the current cyclical construction approach, says audit, tax and advisory service provider... →