By: Rebecca Campbell     15th June 2020 South African private sector aerostructures company Aerosud remains optimistic about its future, despite suffering significant short-term hits from both the grounding of the Boeing 737 MAX airliner early last year and the current Covid-19 pandemic. Aerosud is a supplier of airframe components to... →

By: Rebecca Campbell     12th June 2020 In a briefing to Parliament’s Portfolio Committee on Defence and Military Veterans, the Department of Defence (DoD) has warned that the South African National Defence Force (SANDF) is in dire need of rejuvenation. The briefing was delivered on May 27. The DoD started its briefing by quoting the... →

By: Rebecca Campbell     12th June 2020 Space history was made on May 30 when two American astronauts (Robert Behnken and Douglas Hurley) were carried into space by a commercial spacecraft. This was the Crew Dragon space capsule, launched on a Falcon 9 rocket, the entire system being the product of the SpaceX company, founded by South... →

By: Rebecca Campbell     12th June 2020 The project for a new deep space network ground station in South Africa, which is a collaborative venture between the South African National Space Agency (SANSA) and its US counterpart, the National Aeronautics and Space Administration (Nasa), is still in its study phase, SANSA Space Operations... →

By: Rebecca Campbell     11th June 2020 The Parliamentary Portfolio Committee on Defence and Military Veterans (Defence Committee) has urged the Department of Defence (DOD) to develop a thoroughgoing plan to create a fully-functional Defence Works Formation (DWF) and to implement it in an incremental manner. This followed a briefing... →

Airbus reports on progress by the Solar Orbiter spacecraft

By: Rebecca Campbell     8th June 2020 Airbus Defence and Space, a division of the giant aerospace group Airbus, reported on June 8 that the Solar Orbiter (SolO) spacecraft is now some 105-million kilometres from Earth, heading for the Sun. (The distance between the Earth and the Sun is nearly 152-million kilometres.) Airbus designed... → 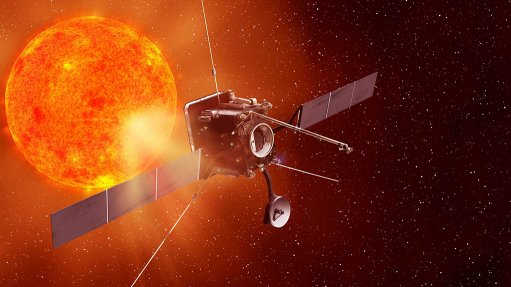 By: Rebecca Campbell     5th June 2020 The International Air Transport Association (Iata), the Airlines Association of Southern Africa (AASA) and the Board of Airline Representatives of South Africa (Barsa) have jointly appealed to the South African government to provide direct financial relief for the country’s airline sector. This... →

By: Rebecca Campbell     5th June 2020 In its latest briefing regarding the impact of the Covid-19 pandemic (and the near total halt in commercial air passenger traffic to help try to contain it) on the global airline industry, the International Air Transport Association (Iata) has reported that it expected global airline debt to jump... →

5th June 2020 As hundreds of aircraft remain grounded owing to plummeting air travel demand amid pandemic restrictions, the question arising is how airlines can preserve as much value as possible, while high-dollar assets sit idle for an indefinite period. To address this critical need, corrosion solution... → 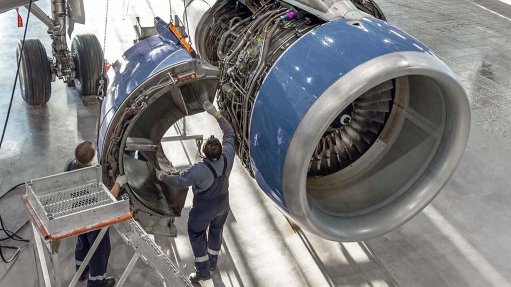 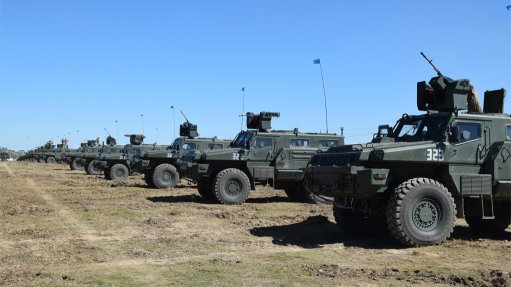 Trade union takes Denel to court over nonpayment of salaries

By: Rebecca Campbell     29th May 2020 Trade union UASA announced that it has started legal action against State-owned defence industrial group Denel. This is because the company has failed to pay its employees their salaries on the agreed date of May 25. Denel informed the union that it would also not be able to pay its staff in June... →

By: Rebecca Campbell     29th May 2020 The impact of the Covid-19 pandemic and the measures taken by most governments to contain it, including national lockdowns, severe travel restrictions and even total flight bans, have had an incredibly severe impact of the commercial aviation industry worldwide. At the end of last month, the... →

By: Rebecca Campbell     28th May 2020 The Parliamentary Portfolio Committee on Defence and Military Veterans has expressed concern that the South African National Defence Force (SANDF) is rapidly losing its capabilities. This situation was the result of repeated budget cuts. These cuts had also hurt the SANDF’s acquisition... →

By: Rebecca Campbell     28th May 2020 In a briefing to Parliament’s Portfolio Committee on Defence and Military Veterans, the Department of Defence (DoD) has warned that the South African National Defence Force (SANDF) is in dire need of rejuvenation. The briefing was delivered on May 27. The DoD started its briefing by quoting the... → 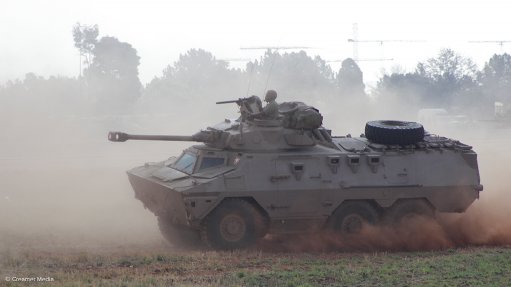 By: Rebecca Campbell     28th May 2020 US aerospace giant Boeing announced on May 27, at Renton in the US state of Washington, that it was restarting production of its troubled 737 MAX single-aisle airliner. This restart would initially be at a low rate, with only one of the three production lines at the Renton facility being used.... →

By: Donna Slater     27th May 2020 Two divisions within State-owned defence company Denel have reached critical stages in the design and manufacture of medical ventilators needed to assist critically ill patients diagnosed with Covid-19. The projects both fall under Project Sabela, which is being coordinated by Denel, in... →

By: Rebecca Campbell     26th May 2020 Commercial small satellite launch company Virgin Orbit has reported that its first demonstration launch, on May 25, had had to be aborted because of an “anomaly” that occurred shortly after the rocket’s first stage had ignited. Virgin Orbit uses an air-launched rocket system in which the launch... → 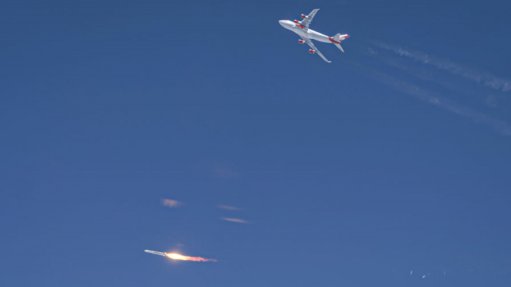 By: Rebecca Campbell     25th May 2020 Renowned British aviation weekly Flight International has opined, in its latest edition, that the Airbus A380 Superjumbo airliner is already “heading for the scrapyard”, even though it entered service only a little more than ten years ago. This was despite its popularity with passengers, for whom... → 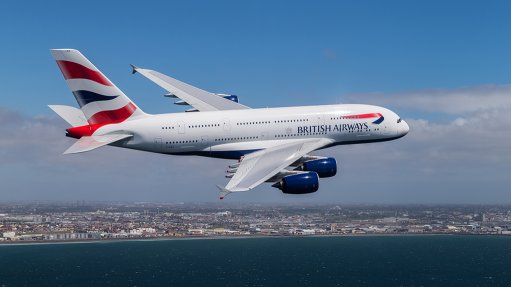 By: Rebecca Campbell     22nd May 2020 UK-based industrial technology group Rolls-Royce has warned that the scale of the disruption to the civil aerospace sector caused by the Covid-19 pandemic (and the measures taken by many countries to counter it) would result in a smaller market in that sector, which would take several years to... →

By: Rebecca Campbell     22nd May 2020 South Africans are among the 29 early-career African scientists who have been selected to receive research funding under the Future Leaders – African Independent Research (Flair) programme for 2020. Other recipients come from Cameroon, Ethiopia, Ghana, Kenya, Madagascar, Nigeria, Sudan, Uganda... →

By: Rebecca Campbell     21st May 2020 Trade union UASA announced on May 21 that it was “rejecting” the letter sent out by South Africa’s State-owned defence industrial group Denel’s CEO Danie du Toit in which he announced that the company would not be paying its employees for the next three months (May, June and July). The union... →

By: Rebecca Campbell     21st May 2020 UK-based global major industrial technology group Rolls-Royce has announced a major restructuring of its civil aerospace business, which will involve the loss of thousands of jobs. This restructuring will also affect the group’s central support functions. At least 9 000 jobs would be cut from... →

By: Rebecca Campbell     20th May 2020 The Solidarity trade union has reported that, at a meeting with Denel management on May 18, the State-owned defence industrial group had confirmed that it could not pay its staff their salaries at the end of this month. Export orders worth R101-million could not be delivered because the necessary... →

By: Reuters     19th May 2020 Defence firm Denel said on Tuesday that it could not pay salaries for May and that June and July salaries were in serious jeopardy. Denel, which makes military hardware for the South African armed forces and clients around the world, added in a statement to reporters that it was talking to the... →

By: Donna Slater     15th May 2020 The US government, through the US Department of Defense’s Defense Threat Reduction Agency’s Biological Threat Reduction Programme (BTRP), has procured and started distributing 729 000 protective masks to South Africa’s Department of Health (DoH) to help curb the spread of Covid-19. The masks,... → 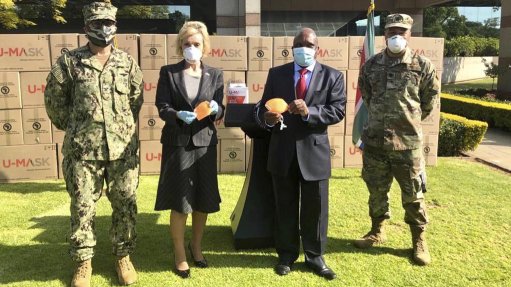 Boeing launches initiative to give people the confidence to resume flying

By: Rebecca Campbell     15th May 2020 The international bioeconomy development and promotion organisation, RSB, hopes to launch a Bioeconomy Initiative Platform in South Africa later this year. This platform has been shaped with inputs from business, non-governmental organisations (NGOs) and government. It will function as an... →

By: Rebecca Campbell     15th May 2020 The National Aeronautics and Space Administration (Nasa), America’s space agency, announced at the end of April the three companies that it has chosen to design and develop human landing systems (HLS) for its Artemis progammme. Artemis is the successor to the renowned Apollo programme, which... →

By: Rebecca Campbell     15th May 2020 US aerospace and defence giant Boeing on May 5 unveiled the outcome of its biggest-ever investment in unmanned aircraft outside the US, the prototype Loyal Wingman unmanned air vehicle (UAV), in Sydney, Australia. The Loyal Wingman has been developed by a Boeing-led consortium of Australian... →

By: Rebecca Campbell     15th May 2020 South African private-sector airline group Comair announced on May 5 that it was going into business rescue. This was to protect the company’s interests and those of its stakeholders. Comair operated the British Airways in South Africa brand and the Kulula low cost carrier brand. This was a... →

By: Rebecca Campbell     14th May 2020 UK-based industrial technology group Rolls-Royce has expanded its immersive virtual reality (VR) training system to include its BR725 aeroengine. The BR725 has been developed to power large business jets and is, for example, the powerplant for the Gulfstream G650 executive jet (the current... → 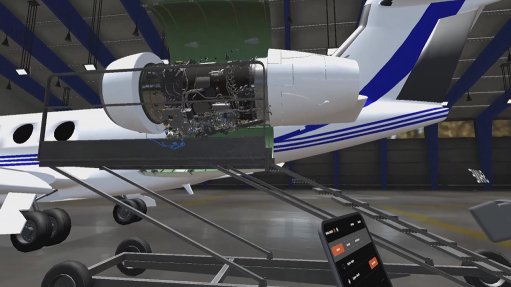 Photo by Rolls-Royce
An image of the BR725 engine on an aircraft, taken from the VR training programme

By: Reuters     13th May 2020  South Africa has made a subtle change to arms export rules that could unlock more than a billion dollars of weapons sales to countries including Saudi Arabia and the United Arab Emirates. A notice published in the government gazette on May 11 alters the circumstances under which South African... →

By: Rebecca Campbell     8th May 2020 The UASA trade union has accused the State-owned Denel defence industrial group of being in breach of contract with its workers. The union stated that it was “incensed” at reports the group had last month not made third party payments (on behalf of its employees) to the Unemployment Insurance... →

By: Donna Slater     8th May 2020 Aerospace and defence company Paramount Group has donated 1 000 facial masks to the South Africa National Defence Force (SANDF) as part of its continued effort to provide personal protective equipment (PPE) to those working on the front lines of the international fight against the Covid-19... →