By: Rebecca Campbell     9th April 2021 Brazilian aerospace group Embraer, which includes executive or business jets in its product portfolio, has announced that it has released technical information that will help users of these jets to optimise them for the transport of anti-Covid-19 vaccines. Currently, more than 1 400 Embraer... →

By: Rebecca Campbell     9th April 2021 Brazilian aerospace group Embraer, one of the world’s leading companies in the sector, has released its results for last year. (Embraer’s financial year is identical to the calendar year.) The financial results were released on a consolidated basis and according to International Financial... →

By: Rebecca Campbell     9th April 2021 The US National Aeronautics and Space Administration (Nasa) has successfully conducted a second ‘hot fire’ test of the core stage of its new Space Launch System (SLS) rocket. The SLS core stage, the prime contractor for which is Boeing, is powered by four Aerojet Rocketdyne RS-25 rocket engines.... →

By: Tasneem Bulbulia     7th April 2021 An international team of astronomers has published the most sensitive images of the Universe ever taken at low radio frequencies. The images were taken using the International Low Frequency Array (Lofar). The software needed to do this, specifically that which handles the direction-dependent... →

By: Rebecca Campbell     29th March 2021 UK-based global major defence industrial group BAE Systems has reported that it is adapting flight control systems for use in the UK’s next generation submarines, the Dreadnought-class. Submarines, like aircraft, manoeuvre through three dimensions and not, as surface ships do, only in two... → 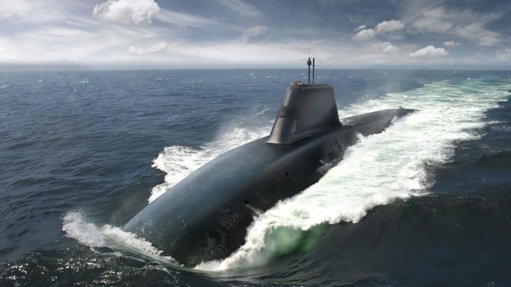 By: News24Wire      29th March 2021 The SA Air Force's fleet will soon become obsolete, fences at some of the main border posts are wholly inadequate, and battlefield surveillance capabilities are minimal. There is also a lack of sufficient and adequate air support in the South African National Defence Force (SANDF) to respond to... →

By: Rebecca Campbell     29th March 2021 UK-based global industrial technology group Rolls-Royce reported on Monday that it had formally started making the biggest aeroengine in the world, the UltraFan. This is intended to be the basis for a new family of engines that would power both single-aisle and widebody airliners and would... → 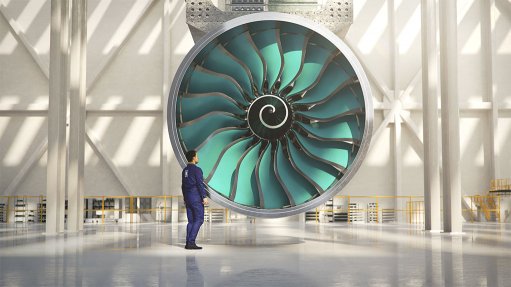 Photo by Rolls-Royce
An artist’s impression of the UltraFan

By: Rebecca Campbell     26th March 2021 Damen Shipyards Cape Town (DSCT), a subsidiary of the Netherlands-based Damen International Shipyards Group, announced on Thursday that it had launched the first (of three) Multimission Inshore Patrol Vessels (MMIPVs) for the South African Navy (SAN). These new vessels will replace the SAN’s now... → 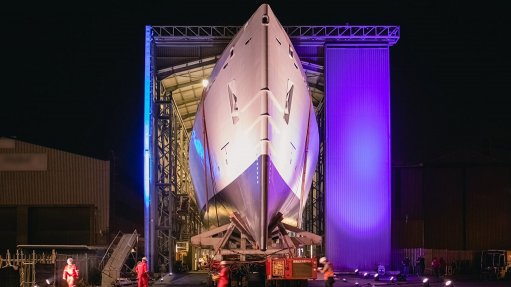 By: Rebecca Campbell     26th March 2021 The ground has been officially broken to mark the formal start of the construction of the South African National Space Agency’s (Sansa’s) new R70.89-million Regional Space Weather Centre at Hermanus, in the Western Cape. The new centre falls under the Sansa Space Science programme, which is also... →

By: Reuters     24th March 2021 South African state-owned defence company Denel has appointed Thandeka Sabela as acting CFO, the firm said on Tuesday. The firm's former CFO, Carmen le Grange, resigned earlier in March, extending a series of exits including the board chair and chief executive, deepening a crisis at the... →

By: Rebecca Campbell     23rd March 2021 Brazilian aerospace group Embraer, one of the world’s leading companies in the sector, has released its results for last year. Embraer’s financial year is identical to the calendar year. The financial results were released on a consolidated basis and according to International Financial Reporting... →

By: Rebecca Campbell     19th March 2021 Almost unnoticed by most people on Earth, space technology and infrastructure has become essential for, and ubiquitous in, everyday life. It has become a major facilitator for national economic development and, through satellite imagery, an essential source for a gigantic range of information... → 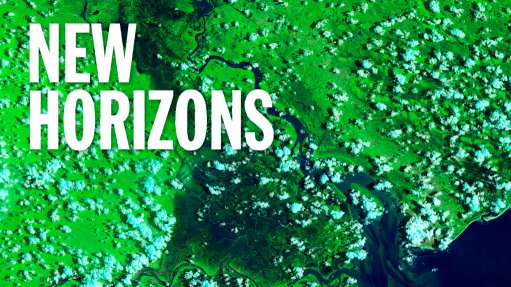 By: Rebecca Campbell     18th March 2021 On Tuesday an Airbus A350XWB airliner, powered by two Rolls-Royce Trent XWB engines, took off from Blagnac Airport in Toulouse, in France. What was special about this flight was that the aircraft was using only sustainable aviation fuels (SAF). The airliner, registration F-WXWB, is one of Airbus’... → 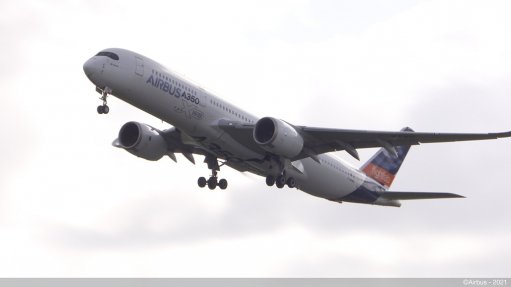 We will get State-owned entities back into shape eventually, insists DPE

By: News24Wire      17th March 2021 Deputy Minister of Public Enterprises Phumulo Masualle told Parliament on Tuesday afternoon that despite ongoing troubles at state-owned entities (SOEs) and delays in already announced plans to get them back in shape, the department still had a plan to improve the fortunes of beleaguered... →

By: Rebecca Campbell     12th March 2021 UK-based leading industrial technology group Rolls-Royce, Italian aerospace company Tecnam, and Norwegian (and largest Scandinavian) regional airline Widerøe, have announced that they are to work together to produce and bring into service an entirely electrically-powered commuter airliner. The... → 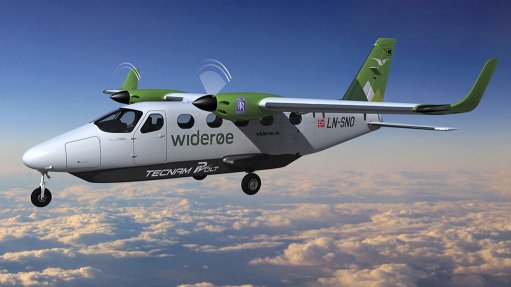 By: Rebecca Campbell     12th March 2021 The beginning of this month saw major developments in Boeing Australia and the Royal Australian Air Force’s (RAAF’s) advanced technology Loyal Wingman uncrewed aerial vehicle (UAV) programme. On the first day of the month, it was announced that the first Loyal Wingman had successfully conducted... →

By: Reuters     10th March 2021 South Africa's State weapons manufacturer Denel expects to make further losses in its current financial year, it said in a presentation on Wednesday as its acting chair denied the company was trading "recklessly" at a hearing by lawmakers. Denel makes military equipment for South Africa's armed... → 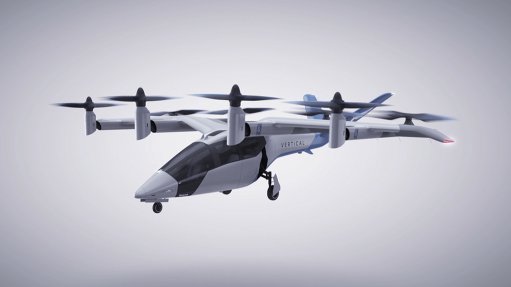 By: News24Wire      10th March 2021 A hybrid sounding rocket developed by the University of KwaZulu-Natal (UKZN) has set a new altitude record by reaching 17.9 km into the earth’s atmosphere at twice the speed of sound. The launch, conducted on Monday 8 March, proved to be third time lucky for the team of students after earlier... →

Denel allowed another extension to try and comply with Court order

By: Rebecca Campbell     9th March 2021 Financially-beleaguered State-owned defence industrial group Denel has been granted yet another time extension to try and achieve compliance with the Labour Court order of August 4 last year, the Uasa trade union has reported. The Labour Court had then ruled, in a case brought by the union, that... →

By: Rebecca Campbell     5th March 2021 Late in the night of February 18, South African time, the US National Aeronautics and Space Administration’s (Nasa’s) latest Mars rover, Perseverance, successfully landed on the Red Planet. It touched down, as planned, in the 45 km-wide Jezero Crater, which lies on the western edge of a giant... →

By: Marleny Arnoldi     4th March 2021 Trade union Solidarity has obtained a warrant of execution to seize R12.7-million worth of assets from State-owned defence group Denel. The union explained in a statement on March 4 that this followed after the entity failed to meet various contractual and statutory obligations towards its... → 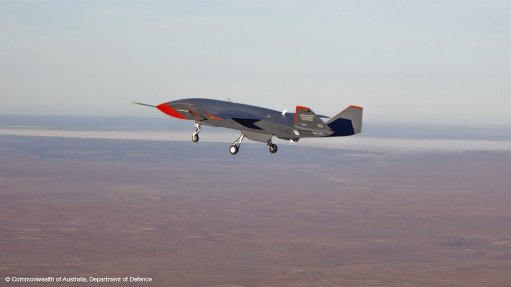 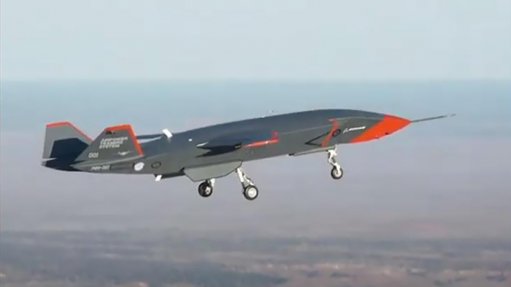 By: Reuters     2nd March 2021 South African private military firm will hire outside lawyers to look into its activities in Mozambique, it said, after Amnesty International accused it of firing indiscriminately on civilians while helping the government fight an insurgency. In a report issued on Tuesday, Amnesty accused both... →

By: Reuters     26th February 2021 State-owned defence company Denel said on Thursday that two board members, including chairwoman Monhla Hlahla, had resigned, days after it said several other board members had resigned. "The recruitment process of the chairperson is underway and the appointment will be communicated to all... →

By: Rebecca Campbell     26th February 2021 In one week, two countries were able to celebrate the safe insertion into Martian orbit of their space probes. And neither country had ever before launched an interplanetary mission. They are the United Arab Emirates (UAE), whose Hope (in Arabic, Amal) spacecraft entered Martian orbit on February... →

Bombardier to make more savings, end production of the Learjet

By: Rebecca Campbell     26th February 2021 Canadian aerospace company Bombardier announced, during the release of its annual results for 2020 earlier this month, its latest steps to return to profitability. The company is now focused entirely on the manufacture and support of business jets, having disposed of its commercial aviation and... →