By: Marleny Arnoldi     25th February 2022 An international team of astronomers has made available detailed images of what is known to be the largest visible cosmic shock wave from Earth. The team comprises of experts from Italy-based National Institute for Astrophysics (Inaf), the Cluster of Excellence Quantum Universe at Universität... →

Rolls-Royce switching titanium supply away from Russia, reports profit for 2021

By: Rebecca Campbell     25th February 2022 UK-based global major propulsion and power systems group Rolls-Royce, which is particularly renowned for its aeroengines, will no longer buy titanium from Russia, group CEO Warren East told the London Daily Telegraph newspaper on Thursday. Titanium is used in the manufacture of rotor blades for... → 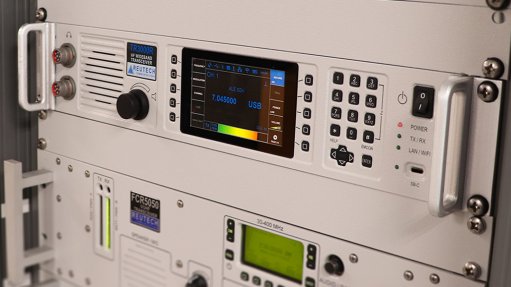 By: Nadine Ramdass     25th February 2022 Global aerospace and technology company Paramount Group’s equipment and technologies, in service with various armed forces and security agencies on four continents, as well as digital and drawing-board designs, prototyping and acceptance trials, are under constant review to keep abreast and... → 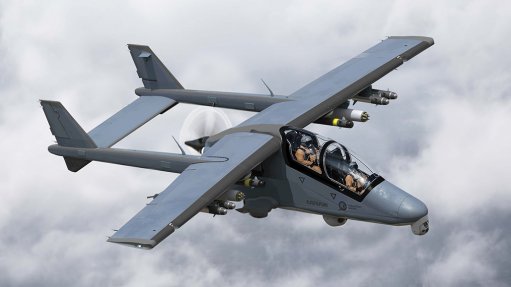 By: Marleny Arnoldi     23rd February 2022 Finance Minister Enoch Godongwana has reiterated his commitment to clamp down on State-owned entities (SOEs) that are draining the fiscus with bailouts. Delivering his Budget 2022 speech on February 23, he pointed out that more than R308-billion had been directed towards bailing out failing SOEs. → 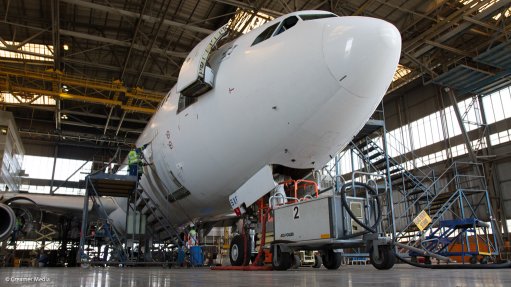 By: Rebecca Campbell     23rd February 2022 Two global major commercial aerospace groups, airframer Airbus and aeroengine company CFM International (a 50:50 joint venture between GE of the US and Safran of France), have announced the launch of a joint liquid hydrogen fuel technology demonstration programme. This will use a modified Airbus... → 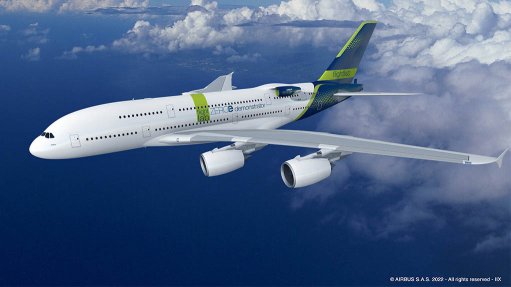 By: Rebecca Campbell     23rd February 2022 The Solidarity Trade Union has announced that it will pursue criminal charges against those responsible for theft and mismanagement at the country’s State-owned entities (SOEs). It did so in a statement reporting its latest legal success, on behalf of its members, against the Denel defence... →

By: Rebecca Campbell     22nd February 2022 Brazilian major aerospace group Embraer has announced that it delivered 141 commercial and business (or executive) jets last year. Of these, 55 were delivered during the fourth quarter. The company ended the year with a firm order backlog worth $17-billion, which was the highest value recorded... → 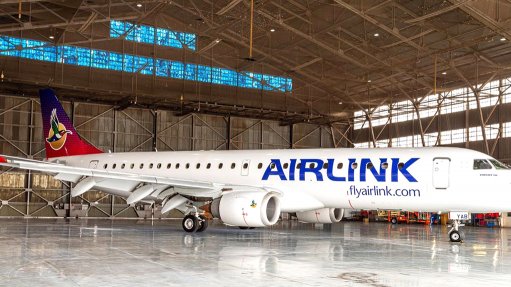 By: Rebecca Campbell     18th February 2022 Europe-based global major aerospace and defence group Airbus released its full-year results for 2021 on Thursday. It achieved a record net income of €4.2-billion during the year. Revenues totalled €52.1-billion, adjusted earnings before interest and taxes (Ebit) came to €4.9-billion and reported... →

By: Rebecca Campbell     18th February 2022 Brazilian major aerospace group Embraer, leading British propulsion and power systems group Rolls-Royce and Norwegian aviation group Widderøe have announced that they are to jointly study a concept for a zero-emission regional aircraft. The study will run for 12 months, and will be a... → 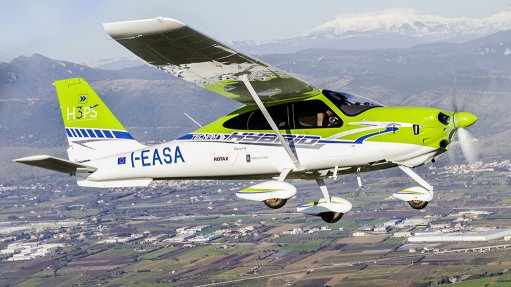 Photo by Tecnam Aircraft
The Tecnam P2010 H3PS in flight 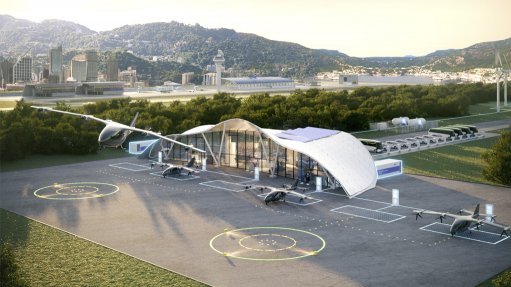 An artists impression of a vertical take-off and landing facility

By: Rebecca Campbell     11th February 2022 The South East Asian archipelagic Republic of Indonesia has ordered 42 Dassault Rafale fighters, it was announced at the contract signing ceremony in the country’s capital of Jakarta, on Thursday. This is the seventh export order won by the French “omnirole” fighter. The contract provides a... → 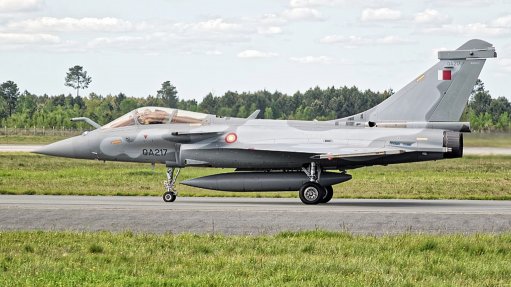 Brazil cuts order for Embraer airlifters, but by much less than originally feared

By: Rebecca Campbell     10th February 2022 Brazil-based major aerospace and defence group Embraer has announced that it has reached agreement with the Brazilian Air Force (abbreviated to FAB in Portuguese) over the restructuring of the latter’s order for KC-390 multimission – airlifter and air-to-air refuelling (AAR) – aircraft. The... →

By: Rebecca Campbell     9th February 2022 French aerospace group Dassault Aviation, renowned for its fighter and business jets, has secured a prestigious order, albeit indirectly. Two of the French group’s Falcon 900LX business jets will be acquired to serve as the next generation of VIP aircraft for the UK Royal Air Force (RAF). The... →

By: Rebecca Campbell     4th February 2022 US major aerospace group Boeing has announced a technology breakthrough for cryogenic fuel tanks. These tanks are essential components of liquid-fuelled rockets, as they hold the liquid hydrogen and the liquid oxygen that act as the fuel (technically, the hydrogen is the fuel and the oxygen is,... →

By: Reuters     4th February 2022 The JSE has suspended South African State-owned defence company Denel's bonds after it failed to submit financial results within the required timeframe. The suspension means investors cannot trade Denel's bonds on the JSE's secondary market nor can Denel sell more debt on the primary market. →

By: Rebecca Campbell     4th February 2022 On Thursday, January 13, 2022, a Falcon 9 rocket, designed, developed, assembled and operated by renowned company SpaceX, founded and spearheaded by South African-born entrepreneur and engineer Elon Musk, lifted off from the Cape Canaveral Space Force Station, in the US state of Florida. Its... → 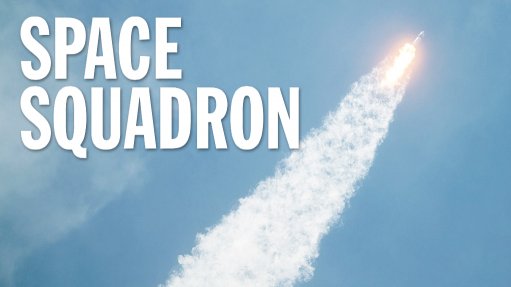 By: Creamer Media Reporter      1st February 2022 The second part of the three-part report of the Judicial Commission of Inquiry into Allegations of State Capture, also known as the Zondo Commission, was delivered to The Presidency at the Union Buildings, on Tuesday February 1. This volume deals with evidence of State capture, corruption and... → 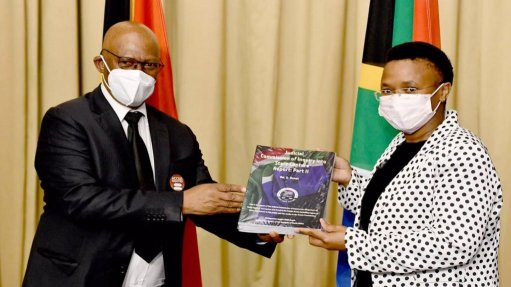 Secretary of the commission, Prof Itumeleng Mosala, hands over Part Two of the Zondo Commission report to DG in The Presidency, Phindile Baleni

Creating opportunity: Military veterans are being trained as PRASA guards

By: News24Wire      28th January 2022 Military veterans are being trained to guard the Passenger Rail Association of South Africa's (PRASA's) rail network against the rampant plundering which has left some stations gutted and chunks of track missing from railway lines. The director-general of the military veterans department, Irene... →

By: Rebecca Campbell     27th January 2022 Giant US aerospace and defence group Boeing has released its results for the full year of 2021 (plus those for the fourth quarter of that year). For the group as a whole, revenues for the year came to $62.3-billion (for the fourth quarter alone, $14.8-billion), which represented a 7% improvement... → 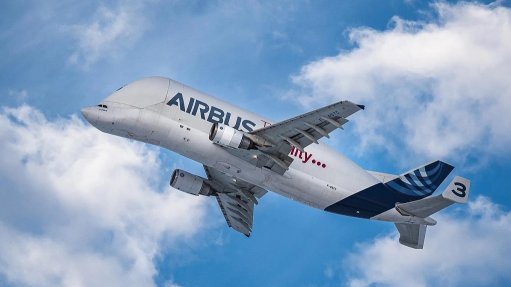 By: Schalk Burger     26th January 2022 Aerospace manufacturer subsidiary Airbus Helicopters reports that it had logged 419 gross orders, 414 net, in 2021, with 167 customers across 45 countries, and that 338 aircraft have been delivered. This showed solid signs of recovery from the 2020 market situation, which had been heavily... → 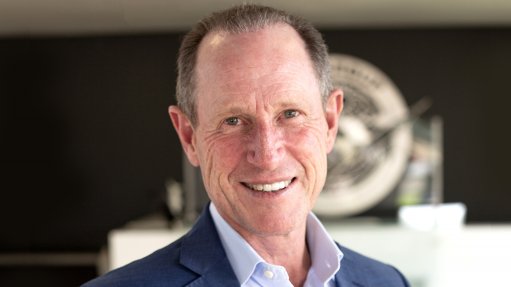 Fire at Waterkloof Air Force Base has been contained - SANDF spokesperson

By: News24Wire      24th January 2022 The South African National Defence Force (SANDF) confirmed that a massive fire, which broke out at the Waterkloof Air Force Base in Pretoria on Sunday evening after a fuel pump burst, has been extinguished. The SANDF's spokesperson, Brigadier-General Mongezi Kweta, said the fire started on the... → 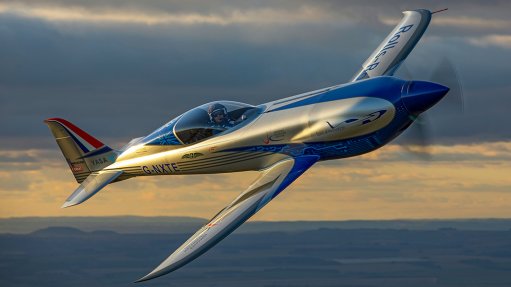 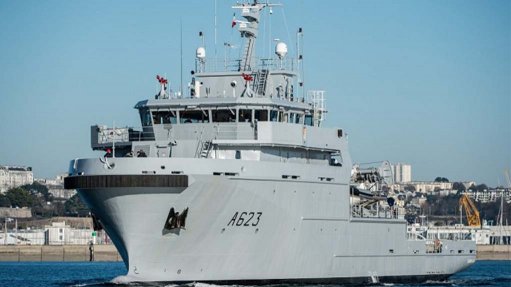 By: Reuters     12th January 2022 Southern African countries agreed at a summit on Wednesday to extend their troop deployment in Mozambique to help the government fight an Islamic State-linked insurgency, a communique said. The countries, linked in the Southern African Development Community, agreed in June to send troops to help... → 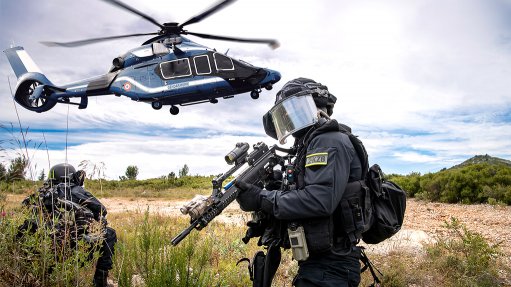 By: Rebecca Campbell     10th January 2022 Renowned French aerospace group Dassault Aviation reported on Friday the number of new aircraft that it had delivered during last year and the (unaudited) size of its order backlog (as of December 31, 2021). The company manufactures the Falcon series of business jets and the Rafale multirole... → 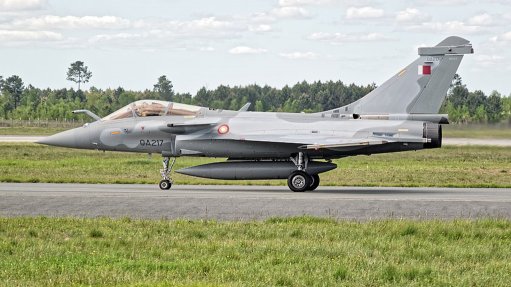 By: Rebecca Campbell     4th January 2022 Europe-based global major aerospace group Airbus announced on Monday that it had established a new and wholly-owned subsidiary, named Airbus Atlantic. Formally set up on January 1, it is focused on aerostructures. The new subsidiary has been created by combining the already existing Airbus... →

By: Rebecca Campbell     3rd January 2022 Shortly before Christmas, on December 22, the UK and Japanese governments announced that the two countries were to jointly develop a jet engine technology demonstrator, as the precursor to a next generation propulsion system to power their respective future fighter aircraft, currently under... →