By: Pimani Baloyi     26th June 2015 There are abundant project opportunities for consulting engineers in Africa, as many countries on the continent are embarking on power generation infrastructure development projects, says multinational consulting engineering firm SMEC South Africa (SMEC SA), which expanded its services in 2013 to... →

26th June 2015 Three consulting engineering firms have been awarded contracts that are collectively worth more than M40-million, about R39-million, as part of the advance infrastructure works for the multi-billion rand, binational Lesotho Highlands Water project (LHWP), being undertaken by the governments of... →

By: Pimani Baloyi     26th June 2015 Qualified and experienced consulting engineers are one of the primary target audiences for the Advanced Concrete Technology (ACT) course offered by the School of Concrete Technology, as the knowledge gained from the course could help an engineer at the design stage of a structure. This helps... → 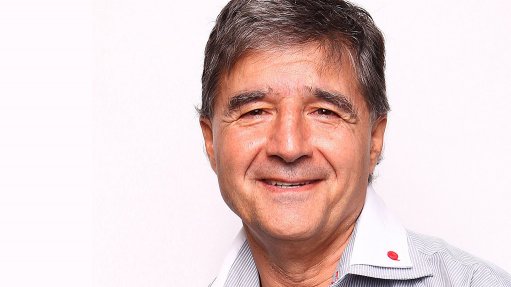 26th June 2015 Local consulting engineering firm UWP Consulting South Africa (SA) says that its Tanzania-based practice UWP Consulting Tanzania, which was established about ten years ago, is doing well in the country, where it has successfully completed roads and water projects valued at more than $10-million,... →

By: Pimani Baloyi     26th June 2015 The future of African cities lies in integrating infrastructure to provide citizens with a high level of access to residential, employment and recreational areas that are intrinsically linked through the provision of water and energy services, says consulting engineering firm Arup South Africa.... → 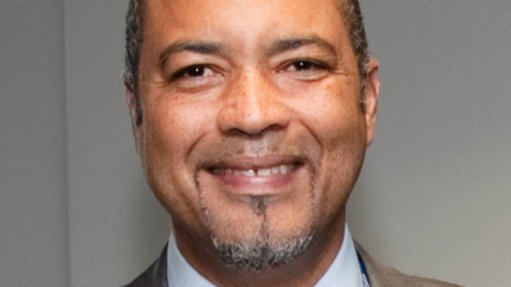 By: Pimani Baloyi     26th June 2015 While most South African consulting engineering companies are redirecting their focus to opportunities outside of the country, others are retrenching employees, owing to a decline in government-funded infrastructure projects, which accounts for 60% of the sector’s work, according to engineering... → 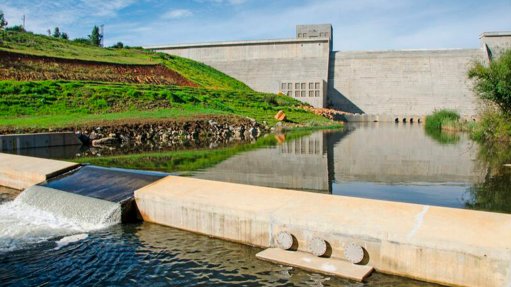 CONSTRUCTION POTENTIAL Growth in the construction sector has significant benefits compared with other sectors, such as water and service delivery

1st August 2014 Engineering consultancy Aurecon has been involved in three of this year’s South African Property Owners Association (Sapoa) Innovative Excellence in Property Development Awards, two of which were linked to the innovation category. During the award ceremony, which was held at the Cape Town... →

By: David Oliveira     1st August 2014 South Africa and US-based nonprofit organisation Growing Up Africa (GUA) formed a collaboration in the building industry for the construction of a multipurpose education campus, the Devland Community Education Campus, in Soweto. The building is primarily funded through pro bono professional... → 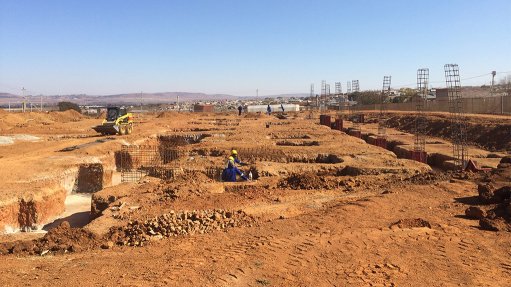 Photo by Ngage
DEVLAND COMMUNITY EDUCATION CAMPUS The superstructure, which includes construction of the foundations and raising the support columns for the concrete roof, is currently under construction

J&G MD steps down after 34 years of service

By: David Oliveira     1st August 2014 Engineering and environmental consultancy Jeffares & Green (J&G) MD Chris Robinson will retire in February 2015, following an eventful career with J&G spanning more than three decades. “I started working for J&G as an associate – now known as an executive associate – in April 1981. I was... → 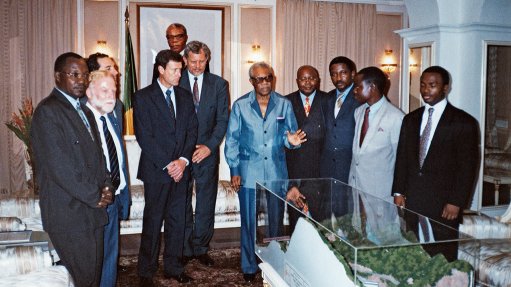 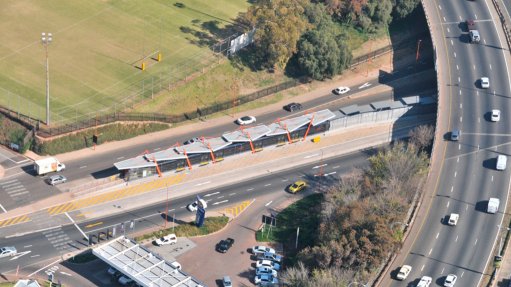 By: David Oliveira     1st August 2014 The integrated planning and development unit of engineering and project management consultancy Royal HaskoningDHV (RHDHV) completed the preparation of a local area plan (Lap) for the central area and central business district (CBD) extension node (CACEN) of Pietermaritzburg, which falls under the... → 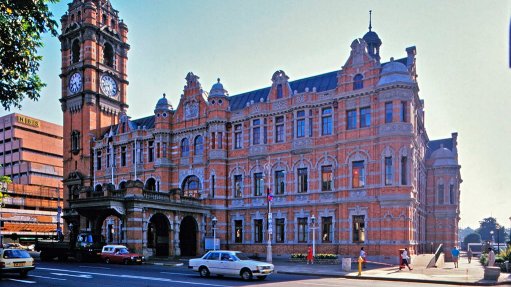 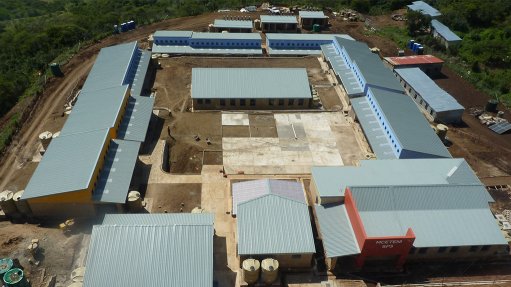 Photo by Ogilvy
PROJECT MANAGEMENT Clients have limited capacity to perform the full scope of a project and the bigger the project, the more complex managing it becomes

By: David Oliveira     1st August 2014 The construction of a wind farm in Jeffreys Bay, in the Eastern Cape, is nearing completion, with the 60-turbine 138-MW-a-day plant expected to supply renewable electricity to power about 115 000 homes at full capacity, project civil and structural works designer and South African arm of... → 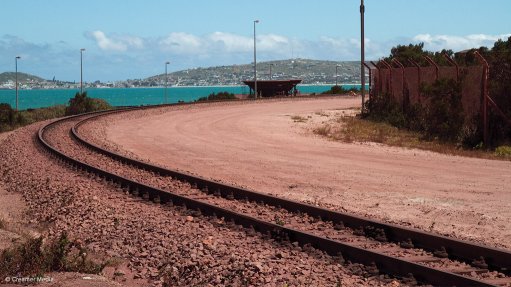 By: David Oliveira     2nd August 2013 The effects of globalisation on the consulting engineering industry in South Africa have not been properly considered and the long term implications for the country could be negative, says international consulting company Knight Piésold MD Leon Furstenburg. “Rather than the primary driver being... →

By: David Oliveira     2nd August 2013 A brownfield project for Africa’s largest correspondence institution, the University of South Africa (Unisa), was handed over in July by international consulting engineering firm Royal HaskoningDHV. The project, with an estimated construction value of R427-million, involved the expansion of... →

By: David Oliveira     2nd August 2013 Multidisciplinary engineering consultancy company Hatch Goba, in collaboration with third-party service providers, has successfully executed the delivery of project cargo in excess of three-million freight tons in the last five years, to a variety of challenging destinations. Delivery to sites in... →

By: Nomvelo Buthelezi     2nd August 2013 As part of the Zimbabwe National Road Agency’s (Zinara’s) roads rehabilitation project, the Zinara toll plaza near Bulawayo, in Zimbabwe, has been designed and commissioned by consulting engineers, Arup, making it the world’s first Solar powered off-grid toll plaza. The project is part of Arup’s... →

Company looks to expand into West and North Africa

2nd August 2013 Recent successes for multidisciplinary consulting engineering and project management, as well as construction and operations management company Bosch Holdings include the Mhlabatshane bulk water supply scheme in KwaZulu-Natal (KZN) that will provide 100 000 people with potable water and the Mvoti... → 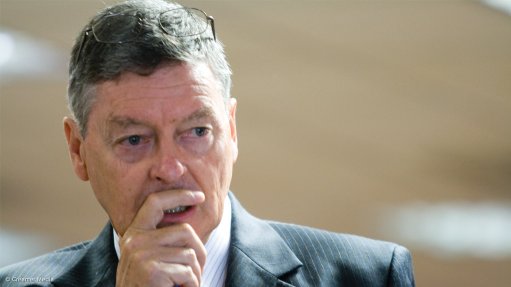 Construction of CSP plant to start in Northern Cape

By: David Oliveira     2nd August 2013 Construction of developer, owner and operator of independent water and power projects ACWA Power’s 50 MW Bokpoort concentrated solar power (CSP) independent power project (IPP) is proposed to start in the third quarter of 2013 on the Bokpoort farm, near Upington, in the Northern Cape. The CSP IPP... → 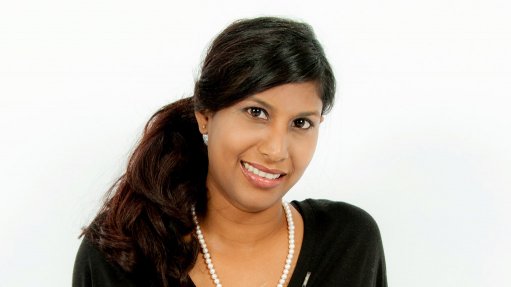 MELISSA NAIDOO The Bokpoort concentrated solar power independent power project plant is based on a Spanish design and will be installed by an engineering, procurement and construction consortium lead by Spanish contractors

By: Yolandi Booyens     3rd August 2012 There is a global link between economic development and women participation, and this is evident in South Africa where a big gap exists between participation of male and female engineers, says consulting engineering firm Malani Padayachee & Associates (MPA) CEO Malani Padayachee. Consulting... →

By: Yolandi Booyens     3rd August 2012 The design phase of the 6 000 m² Espace mixed-use development in the Seychelles is about 85% complete. Construction company Green Island Construction, based in the Seychelles, has been appointed to design and construct the building, which is adjacent to the inter island quay at Port Victoria. →