By: Natasha Odendaal     12th August 2013 The Competition Tribunal was expected to hear the settlement cases of JSE-listed construction firms Stefanutti Stocks and Hochtief Construction this week after the parties admitted to collusive behaviour and agreed to further penalties. Stefanutti was, in June, given a R306.89-million fine after... → 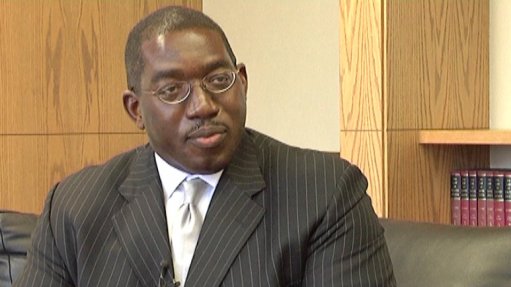 By: Terence Creamer     30th July 2013 Consulting Engineers South Africa (Cesa), which represents more than 450 member firms, is moving ahead with its first anticorruption case, having established a so-called ‘war chest’ in 2012 to enable it to take legal action in instances where corruption is suspected. The organisation is not yet... → 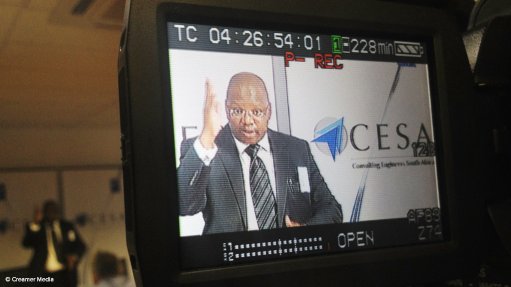 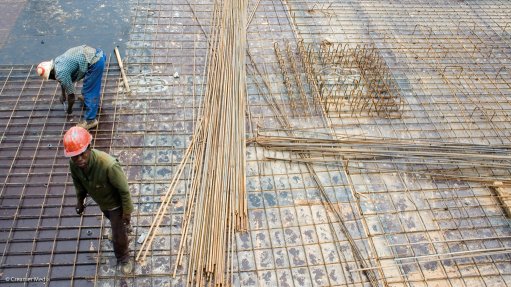 Tribunal to resume hearing into CompCom’s complaint against SAB

By: Idéle Esterhuizen     19th July 2013 The Competition Tribunal would on Monday resume its hearing into a complaint, brought by the Competition Commission against South African Breweries (SAB), in December 2007, regarding the company’s distribution system and claims that it abused its market dominance. The hearing would run from July... →

By: Zandile Mavuso     19th July 2013 Importing cheaper mechanical-power-transmission products is not only becoming popular on the South African market but is also contributing to the current flatline state of the mechanical transmission industry, states transmission company Bibby Turboflex. →

By: Natasha Odendaal     27th June 2013 Business Leadership South Africa (BLSA) has called on the companies penalised by the Competition Commission for anticompetitive behaviour to reveal what action had been taken against those involved and what provisions were in place to prevent future collusion. Earlier this week, the Competition... → 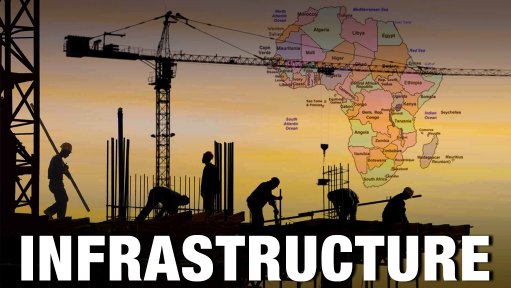 By: Natalie Greve     24th June 2013 The Competition Commission has fined 15 major construction firms a collective R1.46-billion for “rampant” collusive tendering related to projects concluded between 2006 and 2011, it revealed on Monday. These penalties were the result of the Construction Fast-Track Settlement Process, initiated by... → 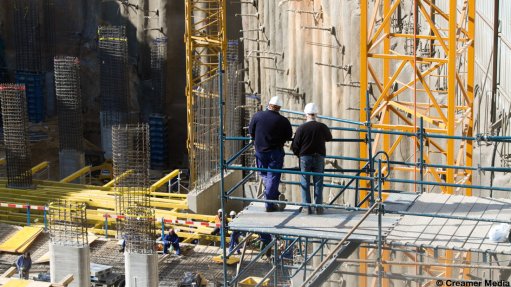 By: Nomvelo Buthelezi     21st June 2013 South Africa is moving to include special economic zones (SEZs) into its industrial and economic development toolbox in the hope that they will help stimulate fixed investment, partiularly investment that can contribute to the country’s reindustrialisation thrust.  → 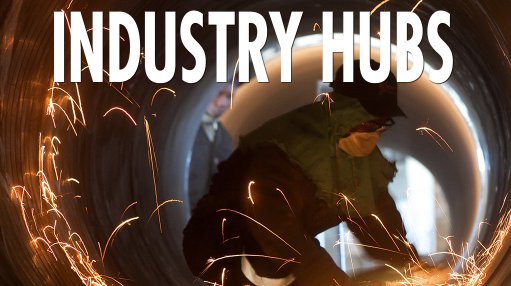 By: Natasha Odendaal     7th June 2013 A Competition Tribunal-approved amended settlement agreement between the Competition Commission and Airports Company South Africa (ACSA) would see the airport operator issue a new tender for taxi services from the OR Tambo International Airport and initiate more competition between taxi... →

By: Schalk Burger     7th June 2013 The Step-Up Technology Innovation Competition aims to secure several innovative ideas, processes, technologies and products, which will then be incubated and developed for commercial application, and will run until the end of September this year, says development support organisation Technology... →

By: Natasha Odendaal     3rd June 2013 JSE-listed Aveng on Monday said its Aveng Africa subsidiary was awaiting the disclosure by the Competition Commission of the penalty to be levied against it, after it had entered into a settlement agreement with the commission. This followed the launch of a broad investigation in 2009 by the... →

By: Anine Kilian     24th May 2013 Pharmaceutical companies in South Africa are granted patents, and thus a monopoly on the local market, to incentivise research and development (R&D) within the pharmaceutical field, and not to hike prices, as many people believe, says patent law firm Spoor & Fisher. Spoor & Fisher patent attorney... →

Africa must develop own programmers to reverse digital poverty

By: Schalk Burger     24th May 2013 Software development and knowledge will be critical to the success of engineering, manufacturing, business and other key areas of economic competitiveness of countries. Africa must focus strongly on developing young software programmers and coders to enable its own development, says agile... →

By: Sapa     7th May 2013 The total value of rigged construction industry projects being investigated by the Competition Commission is much higher than expected at R47 billion, Economic Development Minister Ebrahim Patel said on Tuesday. Speaking in the National Assembly during debate on his budget vote, Patel said 300... →

By: Sapa     7th May 2013 The Competition Commission (CC) will start a long-awaited market inquiry into pricing in the private healthcare sector in September, Economic Development Minister Ebrahim Patel announced on Tuesday. Speaking during debate on his budget vote in the National Assembly, Patel told MPs it would be a... →

By: Sapa     23rd April 2013 Construction cartels could learn their fate as early as June, the Construction Industry Development Board (CIDB) told MPs on Tuesday. Briefing Parliament's public works committee, CIDB chairman Bafana Ndendwa said he was updated by the Competition Commission last week on a probe into the major... →

Competition Tribunal gearing up for May polypropylene excessive-pricing hearing

By: Terence Creamer     12th April 2013 The Competition Tribunal will begin hearings on May 13 into an excessive-pricing referral made by the Competition Commission in 2010 against Sasol regarding the sale of propylene and polypropylene to domestic plastic converters between 2004 and the end of 2007. It is understood that four weeks... →

By: Natasha Odendaal     12th April 2013 The Competition Tribunal has given a conditional go-ahead for agriculture firms Afgri Operations and Senwes to merge their retail assets. The two firms will form a 50:50 joint venture (JV) combining their respective farming requisite retail stores, as well as Afgri wholesale subsidiary Partrite. →

By: Samantha Herbst     12th April 2013 After languishing in limbo since August 2009, the Competition Amendment Act is in the spotlight again, following the promulgation of Section 6 of the Act, which grants the Competition Commission the power to conduct market inquiries without a formal complaint against a specific company. While... →

By: Samantha Herbst     12th April 2013 After languishing in limbo since August 2009, the Competition Amendment Act is in the spotlight again, following the promulgation of Section 6 of the Act, which grants the Competition Commission the power to conduct market inquiries without a formal complaint against a specific company.  →

By: Sapa     25th March 2013 Two deputy commissioners have been appointed to serve six month terms on the Competition Commission, the economic development department said on Monday. "The two new deputy commissioners are advocate Oliver Josie and Trudi Makhaya," it said in a statement. →

By: Natalie Greve     22nd March 2013 The Competition Tribunal has confirmed two settlement agreements; one between the Competition Commission and Air Products South Africa and the other between the commission and MVA Bricks. As part of the settlement agreement, in February, Air Products South Africa agreed to pay an administrative... →

By: Samantha Herbst     13th March 2013 The Competition Commission confirmed on Wednesday that it would proceed with a market inquiry into the private healthcare sector amid concerns about pricing, costs and the state of competition and innovation in private healthcare. Manager of the commission’s advocacy and stakeholder relations... →

By: Creamer Media Reporter      28th February 2013 Industrial and speciality gas manufacturer and supplier Air Products South Africa has agreed to pay an administrative penalty of about R2.76-million to South Africa’s competition authorities. This was part of a settlement agreement with the Competition Commission, in terms of which Air Products... →

By: Schalk Burger     1st February 2013 Socialism leads to poor investment of public funds, depriving the most vulnerable people of valuable services, says US Carthage College Professor Yuri Maltsev, who was also one of a team of Soviet economists that worked on President Mikhail Gorbachev's perestroika reform packages. A private... →

By: Natalie Greve     28th January 2013 The implementation of a proposed law to ensure that a minimum of 30% of public- and private-sector procurement spend is awarded to black businesses would discourage competitive behaviour and exacerbate corruption, financial services firm Lion of Africa Insurance CEO Adam Samie has said. →

By: Schalk Burger     25th January 2013 A local industrial automation company alleges that two larger companies, which supply it with business-critical products, acting in concert have refused to provide it with the necessary products in an attempt to eliminate it as competition and take over its customers and market share. Local... →

By: Terence Creamer     22nd January 2013 South Africa’s Competition Tribunal has approved the implementation of the $33-billion merger between Glencore and Xstrata, subject to a condition limiting post-merger retrenchments. The merger was notified to competition authorities in multiple jurisdictions after it was unveiled last year,... →

By: Schalk Burger     14th December 2012 A lack of spectrum allocation means that many mobile network operators had to ‘refarm’ their spectrum of frequencies to supply the increasing demand for broadband, said mobile operator Vodacom group CEO Shameel Joosub at a Gordon Institute of Business Science seminar, in November. Vodacom’s... →

By: Megan van Wyngaardt     13th December 2012 South African food manufacturer Foodcorp has been fined an administrative penalty of R88.5-million, or 10% of the affected turnover of its 2010 milling division, the Competition Commission reported on Thursday. The commission has reached a settlement with the company in two separate cartel cases... →

By: Idéle Esterhuizen     24th October 2012 The Competition Commission has referred a case of alleged price fixing and market division in the supply of diesel to the Competition Tribunal for adjudication and has called for the maximum penalties to be imposed on Chevron South Africa, Engen, Shell South Africa, Total South Africa, Sasol and... →