By: Martin Zhuwakinyu     2nd September 2005 The Cleaning Company, of Johannesburg, which has been in operation since 1972 but started trading under its current name in 1980, is a manufacturer and supplier of industrial cleaning chemicals. →

By: Martin Zhuwakinyu     12th August 2005 Rockcrete Equipment & Guniting Services, of Roodekop, on Gauteng's East Rand, has been in existence since 1992, whenit was established by management that had a total of 85 years experience in the industry. →

By: Martin Zhuwakinyu     8th July 2005 Conveyor idlers, structure and pulleys designer andmanufacturer Melco Conveyor Equipment has its products installed in 55 countries across the globe. The company, which is wholly-owned by Cason Engi-neering and is based in Germiston, Ekurhuleni, has as its main equipment guillotine shears,... →

By: Martin Zhuwakinyu     17th June 2005 Engineered-solutions company Schenck Africa - which supplies weighing, feeding and screening as well as balancing and condition-monitoring equipment - has seen its turnover increase from R14-million four years ago to R45-million. →

By: Martin Zhuwakinyu     27th May 2005 DCD-Dorbyl Metpro, a manufacturer of asbestos-free composite railway brake blocks for mainline passenger coaches, freight wagons (low- and high-friction), suburban coaches and locomotives, has been in operation since 1967 and currently employs 34 people. →

By: Martin Zhuwakinyu     20th May 2005 Gauteng-based Harrack Car Air Conditioning has been in operation for the last 30 years, making and supplying automotive air-conditioning spares, accessories and kits. →

By: Martin Zhuwakinyu     6th May 2005 RSD, the rolling-stock division of DCD-Dorbyl, designs, manufactures, refurbishes and services rolling stock, including locomotives, railway wagons and bogies for the local and international markets. →

By: Martin Zhuwakinyu     22nd April 2005 Unique Filling & Labelling Machines, a division of Allied Production Industries (API), makes a range of filling and labeling machines, mostly for the food-and-beverage industry, but also for the pharmaceutical, cosmetic and chemical industries. →

By: Martin Zhuwakinyu     15th April 2005 Supplier, manufacturer and repairer of electric motors and transformers Armcoil Africa says it is to leave its current 2 000-m2 site in Roodepoort, Johannesburg, for new premises, where 4 000 m2 will be under cranage, by the middle of the year. →

By: Martin Zhuwakinyu     1st April 2005 Marthinusen & Coutts is an electric-motor repairer operating from an 8 500 m2 site in Cleveland, Johannesburg. Established in 1954, it employs 148 people and boasts exclusive partnership agreements with several original-equipment manufacturers, which gives it access to detailed drawings and... →

By: Martin Zhuwakinyu     25th March 2005 Established in 1958 as the South African arm of a manufacturing concern founded by an Australian mining engineer and entrepreneur 20 years earlier, CH Warman Pump Group makes heavy-duty slurry pumps used in mining and industrial applications in South Africa, the rest of the continent and beyond. →

18th March 2005 Established in 1999, H&M Rollers specialises in the covering and refurbishment of rollers for various industries at its 1 2000 m2 factory, in Vereeniging. →

By: Martin Zhuwakinyu     11th March 2005 Established in 1999 and operating from a 16 000 m2 site in Alrode,on the East Rand, Inprofile 2000 designs and makes sections from hot-rolled, cold-rolled and galvanised steel, copper, brass, stainless steel and aluminium. It is also a steel-sheet, tubing and coilmerchant. Profile 2000 employs 40... →

4th March 2005 Garsin Engineering is a steel tube merchant and manufacturer of drawn round, square and rectangular steel tubes. →

By: elizabeth rebelo     18th February 2005 The Engineered Products Division (EPD) of tyre and rubber company Goodyear last year delivered a R12-million conveyor belt to Nigeria, which will be commissioned in April this year, for a cement plant owned by Objana Cement. →

11th February 2005 DBT Africa is a supplier of complete solutions for underground mining and a leading supplier in the area of longwall equipment. →

4th February 2005 PCB Power Transformers claims to be the only 100% black-female-owned manufacturer of transformers and distribution boxes in the country. →

14th January 2005 Afrox conducts the manufacture of gas equipment at a factory in Germiston, in Gauteng. →

10th December 2004 The Femco Group is made up of Femco and Femco Mining Motors. →

12th November 2004 PPC Cement Hercules, in Pretoria West, is a manufacturer of cement and cementitious products, including SureBuild and RAPO, and provider of the Drymix customisation value-added service. →

By: Laura Franz     15th October 2004 Orlik Speciality Chemicals is involved in the manufacture and supply of speciality chemicals for metal finishing to the electro-plating, anodising, phosphating and wire-drawing industries. →

23rd July 2004 Form-Scaff is involved in the manufacture and supply of formwork and scaffolding to the construction industry on a sale or rental basis. →

9th July 2004 Redline Urethane Moulded Products is the manufacturer of a variety of polyurethane components for some of South Africa’s largest mining firms, and is also venturing into the oil and gas industry. →

South Africa ‘unique’ circumstances could give it tech-minerals edge - 18

South Africa risks more inequality if it does not digitalise, says WEF

Vaccinations, public-private partnerships held up as key to reigniting growth 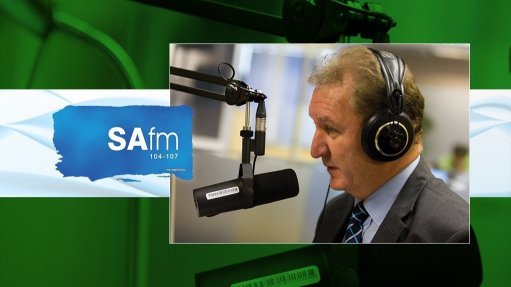