10th December 2004 The Femco Group is made up of Femco and Femco Mining Motors. →

12th November 2004 PPC Cement Hercules, in Pretoria West, is a manufacturer of cement and cementitious products, including SureBuild and RAPO, and provider of the Drymix customisation value-added service. →

By: Laura Franz     15th October 2004 Orlik Speciality Chemicals is involved in the manufacture and supply of speciality chemicals for metal finishing to the electro-plating, anodising, phosphating and wire-drawing industries. →

23rd July 2004 Form-Scaff is involved in the manufacture and supply of formwork and scaffolding to the construction industry on a sale or rental basis. →

9th July 2004 Redline Urethane Moulded Products is the manufacturer of a variety of polyurethane components for some of South Africa’s largest mining firms, and is also venturing into the oil and gas industry. →

25th June 2004 Sternwood specialises in the manufacture of free-standing wood-based kitchen and entertainment units, as well as press-form doors and furniture components. →

18th June 2004 Vestcast is a young foundry that specialises in investment casting, also know as lost wax or precision casting, for the mining, automotive, pumps and valves, medical, armourments and general engineering industry. →

7th May 2004 Family-owned company Aluvin Securiseal has been manufacturing security sealing products and systems since 1953. →

By: candice haase     9th April 2004 Export growth predicted for this year warranted the commissioning of an additional 250 m2 of floor-space at Condra Crane’s factory in Germiston in January. →

9th April 2004 Automotive fastener and special forgings manufacturer Nedschroef Johannesburg, which currently boasts a production output of between 450 t and 500 t, is hoping to increase its output to 1 000 t by year end. →

20th February 2004 Texglass Manufacturing specialises in the weaving of glass fibre into fabrics used as reinforcement and insulation in the final production of a variety of materials and products. →

10th October 2003 Hi-Tech Elements is involved in the design, manufacture and installation of industrial heating elements, heating systems, and temperature measurement and control. →

22nd August 2003 Libra Measuring Instruments is reportedly the only manufacturer of digital loadcells in South Africa. Electronic scales produced by the agricultural and industrial divisions include livestock scales, weighbridges and torque meters. →

11th July 2003 Steam & Engineering is the supplier of pipes, valves, fittings and industrial hardware to industry. →

Licensing of ventilators being fast-tracked 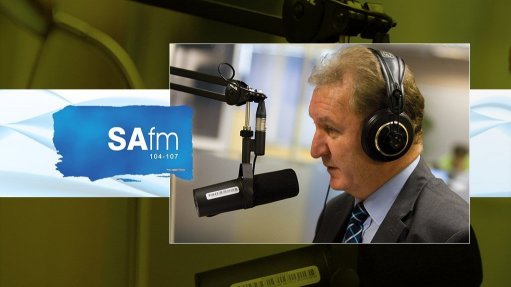