By: Donna Slater     14th November 2014 Currently, health and safety practices in the workplace are perceived to be predominantly a culture-based issue in business and are usually given little priority in projects, according to multidisciplinary engineering consultancy WSP Africa. →

By: Donna Slater     14th November 2014 The Gauteng Partnership Fund (GPF) is looking for financial partners to support entry-level property entrepreneurs to participate in the affordable housing market in Gauteng. → 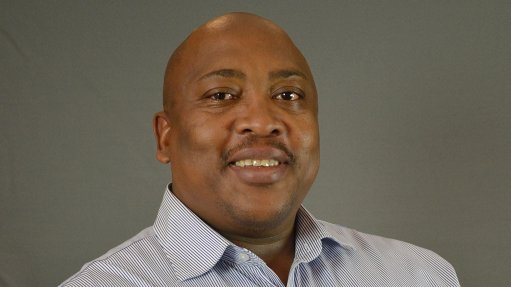 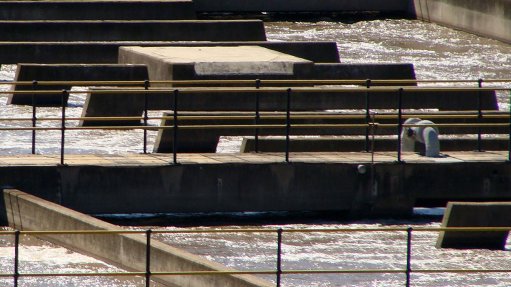 INCREASING DEMAND The Durban container port handled 2.7-million twenty-foot equivalent units (TEUs) from 2012 to 2013 and Transnet expects the demand to grow to between 9-million and 12-million TEUs by 2040

14th February 2014 The quality of construction work is one of several vital issues that should be considered before construction can start on major projects, as this eliminates the risks of facing challenges later on in the building phase, construction industry trade association Master Builders Association (MBA)... → 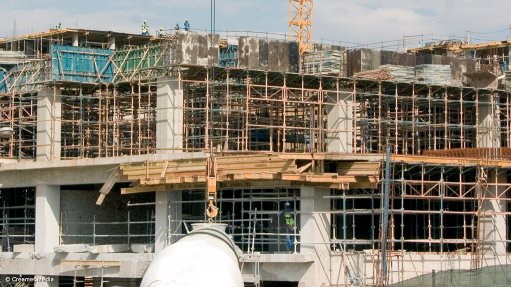 14th February 2014 Piling specialist Gauteng Piling reports that it has completed a R5-million piling contract for the construction of Southern Africa’s largest single-phase retail centre, Mall of Africa, in January. The Mall of Africa, a 120 000 m2 Atterbury Property Developments project, is being built in the new... → 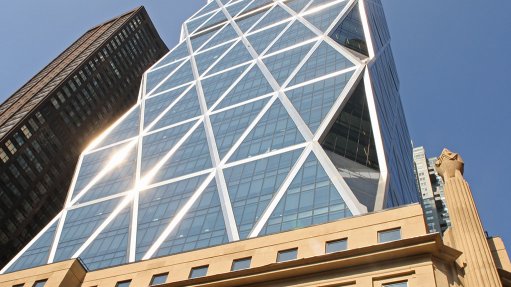 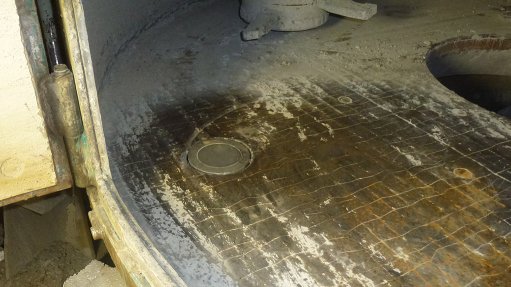 By: Mia Breytenbach     14th February 2014 Many South African private and public construction projects are experiencing severe cost overruns and delays, which inevitably lead to claims by contractors for a revised or extended completion date and for the payment of additional and associated costs, says independent construction law, new... → 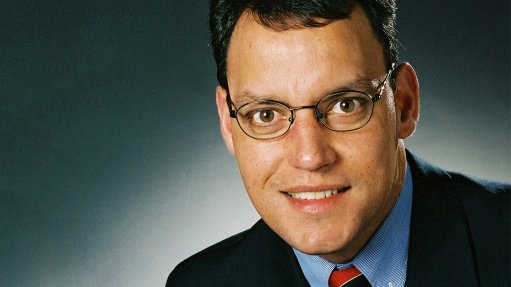 By: Mia Breytenbach     14th February 2014 Using rope access for construction tasks can easily provide substantial  cost and time savings, states industrial rope access specialist Skyriders Access Specialists marketing manager Mike Zinn. “When the cost of access is deemed disproportionate to the scope of work, the use of rope is a... → 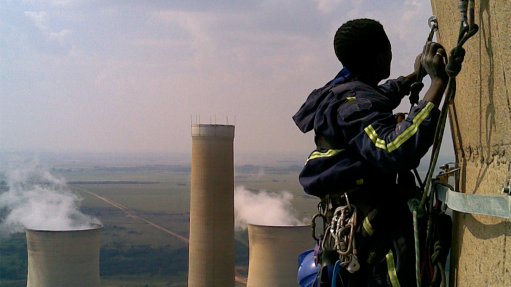 By: Mia Breytenbach     14th February 2014 Construction of the Baywest Mall, in Port Elizabeth, officially started in June last year and Baywest City MD Gavin Blows says the scheduled opening of the mall remains March 2015 and the project is still within its budget of R1.7-billion. Although Eastern Cape MEC for Economic Development... → 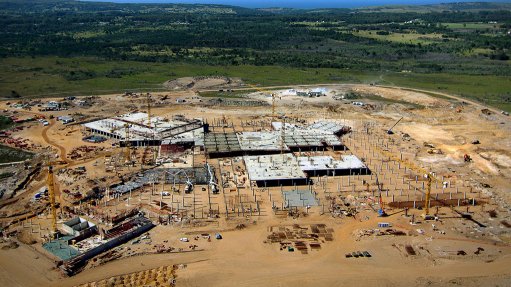 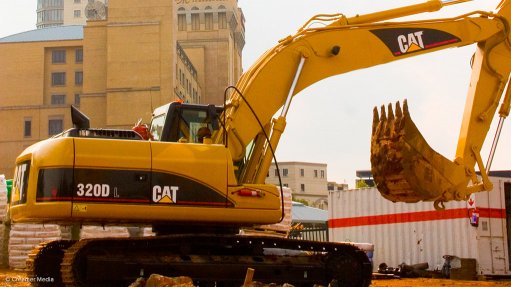 By: Mia Breytenbach     14th February 2014 The Green Star SA Existing Building Performance rating tool (EBP Tool) aims to assess and certify an existing building’s performance while the building is in operation and is intended to influence a new segment of the South African property market; building owners and facility managers, says... → 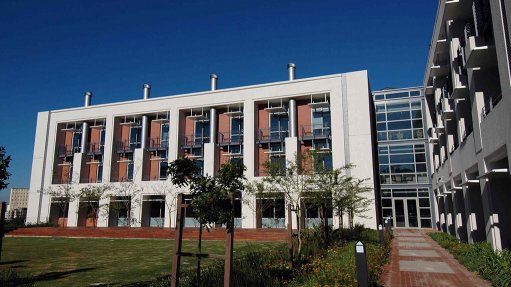 By: Zandile Mavuso     15th November 2013 The slowdown in the availability of major infrastructure projects in the past three years has caused civils and construction company Esorfranki Construction to focus on securing housing projects in both the public and private sector. →

By: Zandile Mavuso     15th November 2013 The need for better coordination and design communication, materials, schedules, budgets and compliance across an increasingly dispersed team of stakeholders is becoming apparent, as a result of infrastructure projects becoming more complex with increasing requirements for sustainability, says... → 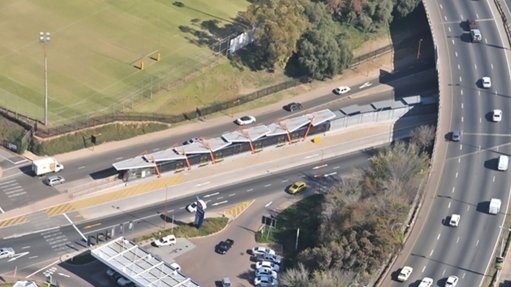 QUALITY INFRASTRUCTURE WSP Consulting’s involvement with the Green Buildings Council, provides the firm with the opportunity to shape the industry in terms of setting benchmarks for good practice

By: Zandile Mavuso     15th November 2013 The Construction Sector Charter Council (CSCC) believes that, to transform the construction sector, reliable data is necessary to assess the progress of and identify the barriers to transformation and to determine strategies to resolve these. →

15th November 2013 With renewable energy and resource shortages being a concern for South Africa, most of the country’s top construction projects for 2013 are centred around renewable-energy projects, which will assist in creating jobs in the construction industry. →

By: Zandile Mavuso     15th November 2013 The mandate of the Presidential Infrastructure Coordinating Commission (PICC) to develop a 20-year pipeline of infrastructure and construction projects allows for long-term planning and investment by public- and private-sector companies. →

By: Yolandi Booyens     15th February 2013 Tax evasion has been highlighted as a deeply rooted issue in the construction industry – one of the most competitive industries in the South African economy – states credit solutions provider Coface South Africa lead analyst Saijil Singh. The South African Revenue Service (Sars) announced in May... →

Firm assists in changing the face of Angola’s capital

By: Yolandi Booyens     15th February 2013 The initial public works phase of the Baia de Luanda project should be completed by the beginning of this year, engineering and development consultant Smec reports. When completed, the project will positively impact on the daily lives of the people of Luanda and it is expected to continue for... →

Cesa signs MoU with Prasa to assist with SIP7 projects

By: Yolandi Booyens     15th February 2013 To ensure the successful outcome of its SIP7 projects, the Passenger Rail Agency of South Africa (Prasa) has signed a memorandum of understanding (MoU) with Consulting Engineers South Africa (Cesa) and the South African Black Technical and Allied Careers Organisation (Sabtaco). →

Company sees 2013 as one of most successful years

By: Yolandi Booyens     15th February 2013 Feedback from member companies of the Aggregate and Sand Producers Association of Southern Africa (Aspasa) reflect that the quarry industry gained momentum in 2012, owing to an increase in infrastructure development with a positive industry outlook expected for 2013. Government, at the end of... →

Construction company has hope for 2013

By: Yolandi Booyens     15th February 2013 The persistence of suicidal pricing from many construction contractors desperate to obtain work, restricts the ability of more prudent contractors to secure even low-margin work, states construction company Gordon Verhoef and Krause (GVK) CEO Richard Williams. This has resulted in the liquidation... →

By: Yolandi Booyens     15th February 2013 Delays caused by public opposition to the implementation of e-tolling are a great concern to the South African National Roads Agency SOC Limited (Sanral) and the agency has experienced resulting loss in revenue, which has led to the roll-out of other planned phases of the Gauteng Freeway... →

By: Yolandi Booyens     15th February 2013 Certain sections of legislation, including the Project and Construction Management Professions Act of 2000, aimed at regulating the South African construction industry, are poorly drafted owing to inconsistencies and incoherencies which exist within and in-between the various laws which have been... →

By: Sashnee Moodley     16th November 2012 Efficiency, innovation and best practices in the private sector are creating a concentration of adequately skilled quantity surveyors, while the public sector is struggling with a lack of skills, especially at municipal level.  →