8th June 2001 Two significant contracts have been awarded to Paradigm Projects, of Pinetown, a company specialising in corrosion prevention. →

Increase in exports on the cards

By: System Author     11th June 1999 A strategy to enable chemical companies to achieve a maximum return on their investment in information technology (IT) has, for more than two years, been consistently worked through and executed by SAP, a developer of enterprise-resource planning (ERP) systems. At present, more than 12 000... →

By: System Author     11th June 1999 n R18-million poly- urethane-manufac- turing plant and warehouse facility is being built by CH Chemicals (CHC) in Germiston, on the East Rand, and is expected to be completed and in full production by September. The company, formed in 1987 when Dow Chemical disinvested, is its appointed... →

By: System Author     11th June 1999 Most South Africans are aware of the potential damage industrial chemicals can cause to the environment, but are ignorant as to the damage caused by household chemicals, warns Safic operations director Fred Platt. “We believe that few people realise the impact that the day-to-day use of... →

By: System Author     11th June 1999 Plastics, chlor-alkali chemicals and mining reagents manufacturer Polifin staged one of two yearly mock incidents at an intersection just outside Fochville in the North West Province last month to ensure it maintains high safety and environmental standards in line with its Responsible Care... →

By: System Author     11th June 1999 Construction of the R140-million high-purity ethanol plant for Sasol Chemical Industries’ Sasol Solvents division is on schedule for completion in September. The lump-sum turnkey contract to construct the plant, which will produce 85 000 t/y of 99,99% pure ethanol, was awarded to Krupp Uhde... →

By: System Author     11th June 1999 A provider of freight logistics solutions to the chemicals and various other industries Spoornet committed itself to the international Responsible Care (RC) initiative last month. RC is the international chemical industry’s initiative for continuous improvement of performance in health,... →

Chemicals expo promises to be bigger and better

By: System Author     11th June 1999 With a substantial intensification of financial infrastructure and support, the third Raw-Chem Expo, to be held in October this year, is expected to have a much different appearance from the previous ones. Exhibition organiser Upmarket Exhibitions has been acquired by media giant Kagiso Media... →

By: System Author     11th June 1999 The scope of the ChemCity initiative in Sasolburg, Free State, has changed drastically since August last year when the company was created. Initially the concept focused on the establishment of industrial parks aimed at the fine and speciality-chemicals industry (Engineering News, July 31, 1998).... →

Local chemical industry is in transition

By: System Author     11th June 1999 The chemical industry in South Africa is in transition, with many manufacturers looking to penetrate the speciality-chemicals market after years of focusing mainly on commodity-chemicals manufacturing. “We have been manufacturing commodity chemicals in moderately large tonnages, aimed... → 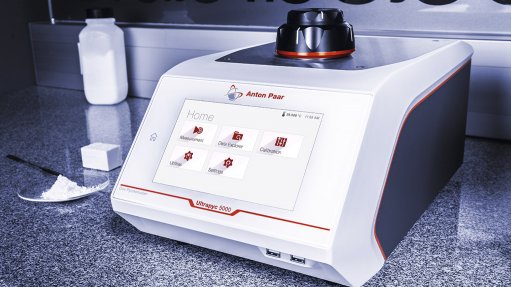 Upgrade your density measurements and leave your time-intensive, breakage prone hydrometers behind 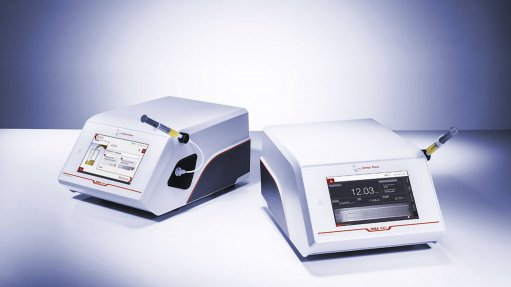