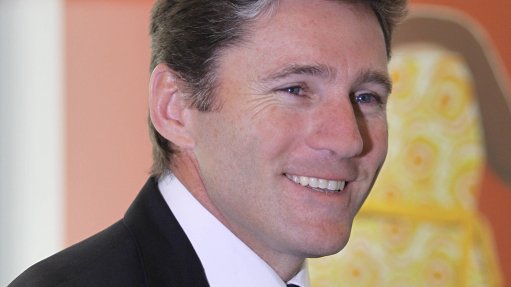 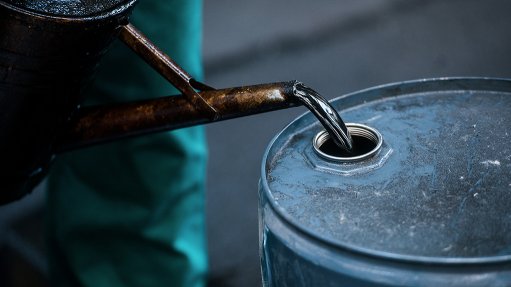 OIL DEPENDENT With oil serving as the marginal production cost and price-setter for many chemicals, a decline in the oil price typically leads to lower product prices

By: Donna Slater     20th March 2015 The increasingly prevalent use of cleaning products marketed as having industrial-strength cleaning properties – especially in the household goods market – does more harm than good to human health and the environment, claims bio-cleaning solutions company Green Worx Cleaning Solutions. → 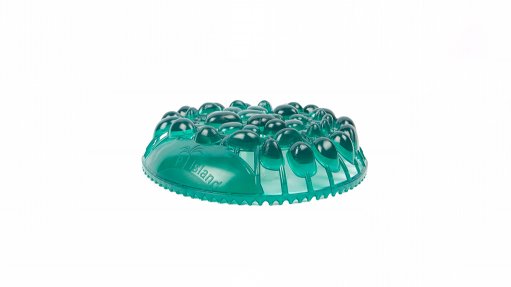 By: Donna Slater     20th March 2015 The fifth Petro.t.ex exhibition and conference, which is supported by the 20 petroleum corporations that are members of the South African Petroleum Industry Association (Sapia), will take place at Gallagher Convention Centre, in Midrand, from May 20 to 22, as part of the South Africa Industry &... → 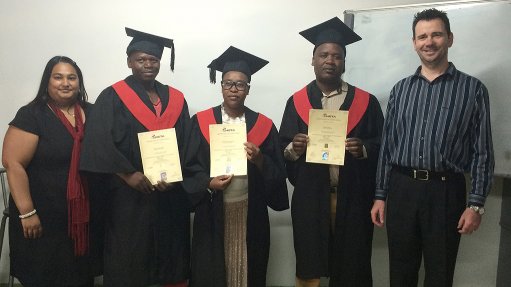 By: Donna Slater     20th March 2015 Since rope access company Skyriders signed a contract with a large petrochemicals depot in 2013, a team of the company’s technicians has been maintaining the plant’s deluge fire sprinkler system, with work completed on 30 structures on site. → 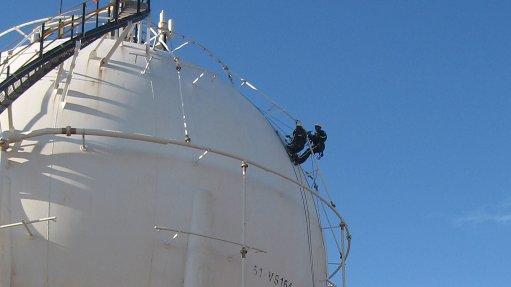 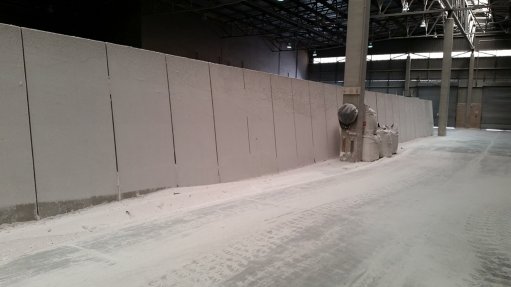 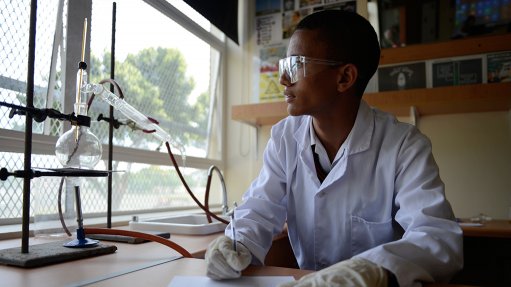 20th March 2015 In their quest for accuracy, chemical specialists from wood preservative chemicals company Dolphin Bay Chemicals have taken an innovative approach to determining the correct solution strength of Permacure CCA, which is a wood preservative, which involves using existing technology and adapting it... → 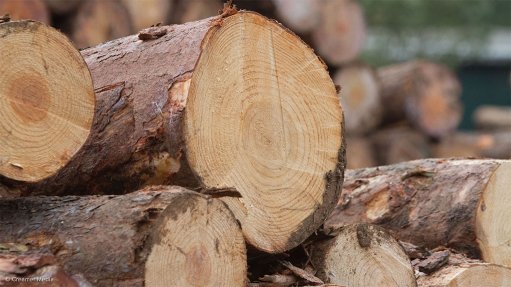 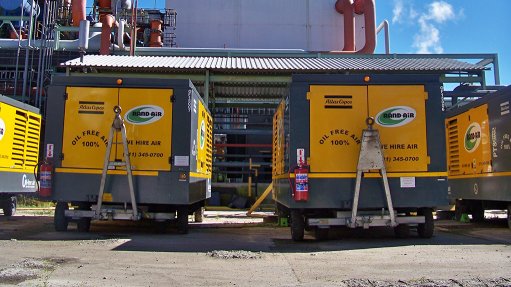 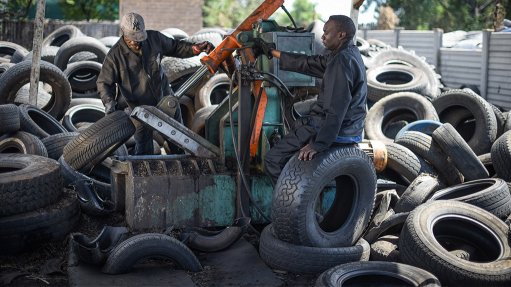 By: David Oliveira     21st March 2014 Despite South Africa having the largest and most sophisticated chemicals industry in Africa, estimated at $30-billion, it only contributes about 1% to the global market, says global growth consulting firm Frost & Sullivan chemicals, materials and food industry analyst Dilshaad Booley. The South... → 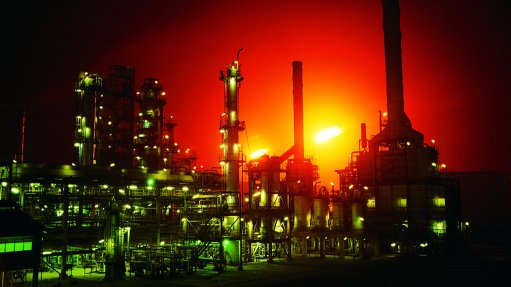 By: David Oliveira     21st March 2014 South Africa-based wood-preservative chemicals supplier Dolphin Bay Chemicals implemented its first pilot  wood treatment of wood ammonium copper quaternary (ACQ) in October 2013. ACQ was developed in the US and is being manufactured locally by Dolphin Bay Chemicals under its Permacure brand. →

By: David Oliveira     21st March 2014 Compressor and generator hire company Rand-Air played a significant role in the delivery of mission-critical equipment and service to energy and chemicals group Sasol’s Synfuels nitrogen project, it reported in October. The company, which is part of international engineering group Atlas Copco,... →

Accord to improve safety status of chemicals sector

21st March 2014 The Department of Labour (DoL) and its social partners signed the Chemical Sector Health and Safety Accord to improve the status of occupational health and safety (OHS) in the South African chemicals sector, in November 2013. The accord was signed by the DoL; the Chemical and Allied Industry... →

By: David Oliveira     21st March 2014 Energy and chemicals group Sasol inaugurated its new R1.9-billion ethylene purification unit, known as the Ethylene Purification Unit 5 (EPU5), in Sasolburg, in January. The inauguration, which was held at the Sasol Polymers Plant in Sasolburg, was attended by CEO David Constable and the South... →

By: David Oliveira     21st March 2014 South African environmental management products and services company Procon Environmental Technologies successfully rehabilitated 25 000 t of soil contaminated by a major diesel spillage at a site near Tzaneen, in Limpopo, the company announced in February. The company achieved this by making use... →

By: Zandile Mavuso     22nd March 2013 Proactive maintenance is important to ensure the productivity and sustainability of petrochemical companies, with leaders in the field opting to supplement their maintenance resources with outsourced expertise and equipment, which allows them to concentrate on their core business, says welding-... →

By: Zandile Mavuso     22nd March 2013 The South African chemicals and petrochemicals sector produces only 1% of the total global market’s consumption, despite the industry being the largest in sub-Saharan Africa, with a refining efficiency of 85%, says Frost & Sullivan chemicals research associate Patrick Nkomo. →

By: Zandile Mavuso     22nd March 2013 The most significant challenges that the South African petroleum industry will face this year include the security of fuel supply, changes to the transformation framework and cost-recovery models for cleaner fuels, newly elected 2013 chairperson of the South African Petroleum Industry Association... →

22nd March 2013 Downstream-focused petroleum products group Engen will focus on greening more of its retail sites in its 19 territories across sub-Saharan Africa and the Indian Ocean Islands, then turn to its depots and offices across the group in the future. →

22nd March 2013 Petrochemicals company BP’s first Ads to Bags donation, which has given the vinyl skins from its old advertising billboards a second life as useful school products, reached 8 000 learners this year. →

Adequate safety management on the rise in chemicals industry

By: Zandile Mavuso     22nd March 2013 Companies that use and manufacture hazardous chemicals are realising the importance of having a chemicals management system in place, as being proactive rather than reactive and implementing best-practice requirements for the safe management of chemicals puts them in an advantageous position,... →

22nd March 2013 Chemicals company a.b.e. Construction Chemicals supplied a proven combination of two of its products for the waterproofing of water features at Namibia’s popular Norotshama River Resort set on the banks of the Orange river about 60 km from the South African border, which was completed in November... →

The OMNIA Group – the secure choice

By: sue charlton     7th December 2012 “The OMNIA Group is diversified with specialised solutions to the mining, agricultural and chemicals markets, while at the same time creating customer wealth by leveraging knowledge. The group, which has always had roots in the fertiliser and agricultural sector, turns 60 in 2013 and prides... →

SA chemicals, petrochemicals industry to grow by 4% this year

23rd March 2012 Germany-based speciality chemicals company Lanxess is investing €40-million in the construction of a carbon dioxide (CO2) concentration unit, to be built at its South African site in Newcastle, in KwaZulu-Natal.  →

23rd March 2012 Multinational chemicals company BASF is planning to more than double its sales in Africa by 2020 and it has opened an office in Nairobi, Kenya, to serve its customers in sub-Saharan and East Africa. →