Corporates head for the cloud in bid to lower IT costs

25th November 2011 “Out of 100 large JSE-listed corporations that we interviewed, 46% are already using cloud computing. Another 6% plan to introduce it next year and another 4% the year after, so it will be close to 60% by 2013,” says World Wide Worx MD Arthur Goldstuck. →

By: Schalk Burger     11th November 2011 The changing nature of communication between customers and organisations, specifically the use of different communication media, is leading to business contact centres deploying cloud-based solutions that funnel queries to the correct department or person, says the Africa territory manager of... →

By: Schalk Burger     21st October 2011 Networks must be developed to support access to, and the growth of, cloud-based computing and application services, which will be the basis for the next generation of the Internet, says international routing and switching company Cisco South Africa MD David Mead. →

IT group viewing SA's skills gap as a business opportunity

By: Schalk Burger     14th October 2011 Information technology (IT) processes and services group EOH aims to offer technical and business process skills services to clients, leveraged off the skills it developed when it established its teams to support its hosting of applications and systems behind such processes, says EOH CEO Asher... →

By: Creamer Media Reporter      13th October 2011 South African Business Process Outsourcing (BPO) industry association BPeSA has appointed Ferosa Thomas as its new CEO with immediate effect. Thomas takes over the position from former CEO Bulelwa Koyana. Chairperson Mark Harris said Thomas had a wealth of experience in both the BPO and the... →

Mvelaserve keen to expand Africa footprint, but will exercise caution

By: Keith Campbell     16th September 2011 Since the Czech playwright Karel Capek popularised, and indeed named, the concept of the robot in his 1920 science-fiction play ‘RUR’ (Rossum’s Universal Robots) – the word is derived from the Czech word robota, which means labour – it has exerted a fascination on both the popular and the... →

By: Schalk Burger     9th September 2011 New domestic or international outsourcing operators, creating more than 50 jobs with foreign direct investment and working out of the Western Cape, have been granted free international data and voice for their first six months of operation. →

1st June 2011 The Brolaz Group of Companies have again demonstrated their leadership in innovation in the field of Cellular Telecommunications. →

By: Schalk Burger     29th April 2011 New software, developed by the University of the Witwatersrand, enables contact centre managers to monitor and assess, in real time, the language skills of potential recruits during a telephone interview. →

By: Schalk Burger     29th April 2011 Over the next two to three years, South Africa will see a greater shift towards contact centres that use multiple forms of communication, driven by demand from clients, says communication software supplier Elingo sales and marketing director Karl Reed. →

By: Mary-Anne O’Donnell     18th March 2011 International consumer technology giant Samsung, through its core corporate social responsibility (CSR) initiative, has launched the Samsung Electronics Engineering Academy, in Boksburg, with the aim of developing 10 000 electronic engineers across Africa by 2015, of which a few thousand will... →

IT groups team up in pursuit of public-sector clients

By: Mary-Anne O’Donnell     12th November 2010 New research shows that European organisations are collectively losing up to €17-billion in revenue each year by failing to protect their business critical systems. →

By: Loni Prinsloo     7th September 2010 Business confidence in South Africa during August was the highest reported in 2010, said the South African Chamber of Commerce and Industry (Sacci), but warned that the spike in the index could be followed by a correction. The Sacci Business Confidence Index (BCI), released on Tuesday, showed a... →

Coega’s BPO park to be operational by March

SA satellite in process of commissioning

By: Chanel de Bruyn     26th October 2009 A new investigation into alleged financial irregularities at staffing and business process outsourcing company, Adcorp, would be undertaken by audit firm KPMG, as a mudslinging match between top management continued. The JSE-listed Adcorp told shareholders in a statement on Monday that an... →

IT group achieves growth in maintenance niche, despite fall-off in new projects

By: Leandi Kolver     25th September 2009 Technology and outsourcing provider EOH, listed on the software and computer services sector of the JSE, recently became one of the top five information technology (IT) service providers in Southern Africa, after it recorded a turnover of R1,26-billion for the financial year ended July 31, 2009,... → 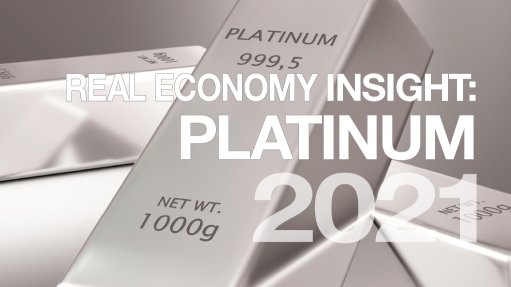