Products from brick and block maker on show

4th September 2015 Manufacturers of brick- and block-making machinery Hydraform are ready to exhibit at mining and construction trade fair BAUMA CONEXPO AFRICA 2015, which will take place at the Johannesburg Expo Centre from September 15 to 18. →

4th September 2015 In its November 2014 report ‘Capital projects and infrastructure in East Africa, Southern Africa and West Africa’ multinational professional services network PwC notes that physical infrastructure is one of the most frequently cited barriers to entry into and economic growth in Africa.  → 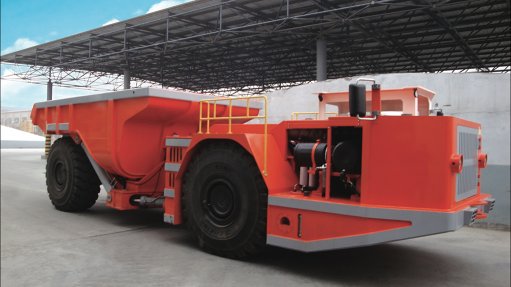 4th September 2015 As a result of the demand for faster construction of large residential complexes, to meet the need created by rapid population growth and urbanisation, the use of precast concrete elements is growing, says concrete elements production plant manufacturer Weckenmann Anlagentechnik. The company... →

4th September 2015 Having participated in bauma Africa 2013, the leading technology supplier for the precast concrete industry, Progress Group, tells Engineering News it relished the opportunity to register for this year’s event – BAUMA CONEXPO AFRICA – to increase the group’s familiarity with local industries and... → 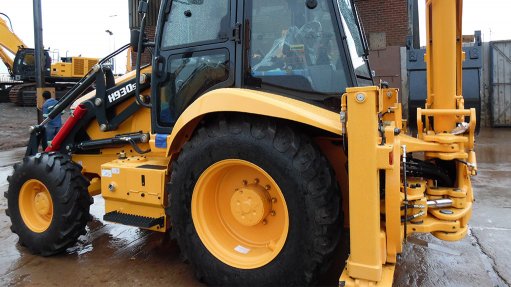 4th September 2015 Applied Mineral Technologies (Amtec) specialises in the project management, design, engineering, fabrication and construction of materials handling systems and processing plants. The company, which was established in 2001, employs a number of key people, each with more than 20 years’ experience. → 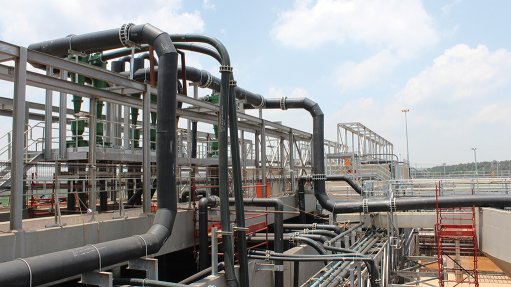 4th September 2015 Positioned as a world-class diesel engine components remanufacturer, Metric Automotive Engineering is South Africa’s most comprehensively equipped remanufacturer. The company was established as a family business in 1969 and has an operating philosophy of investing in the latest technology and... → 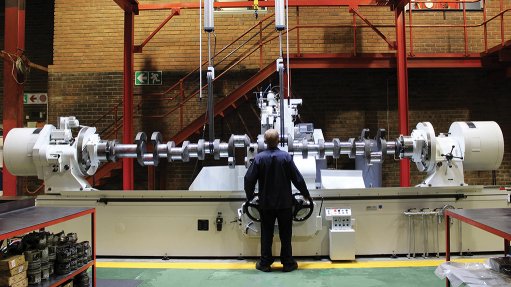 By: Samantha Herbst     4th September 2015 Torre Lifting Solutions’ quality-centric business philosophy is underpinned by its solid base of applications knowledge and experience, which is enhanced by the extensive distribution network of Torre Industries. The result is a total lifting solution from consumables and forklifts to tower... → 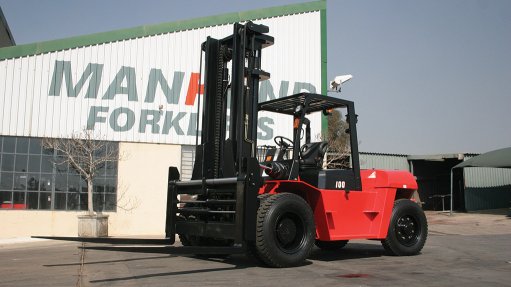 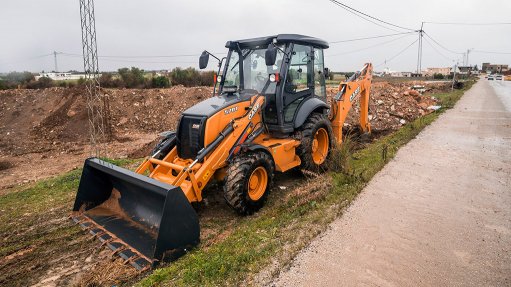 4th September 2015 Following this year's exhibition, BAUMA CONEXPO AFRICA will move to a three-year cycle, meaning the next fair will be held in 2018.  →

4th September 2015 With a relatively buoyant outlook, and a number of economies in Africa clocking some of the fastest economic growth in the world, investment in Africa’s infrastructure is significant and growing, says BAUMA CONEXPO AFRICA CEO Elaine Crewe. →

Telescopic handler and heavy-duty vacuum trucks to be launched

By: Donna Slater     4th September 2015 The launch of a new telescopic handler and three industrial heavy-duty vacuums will be the highlight of equipment group of companies Goscor Group’s stand at the construction and mining trade fair BAUMA CONEXPO AFRICA 2015 and IFAT Environmental Technology Forum Africa, respectively. → 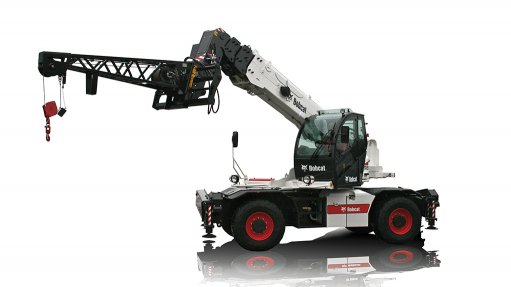 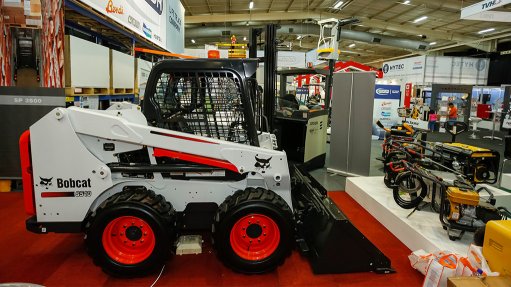 By: David Oliveira     6th September 2013 Never before has a trade fair in Africa experienced such high participation from a German national pavilion and, as a result, the German pavilion at the inaugural bauma Africa is the largest national pavilion Germany has ever had in Southern Africa, says Germany-based tradeshow event organising... → 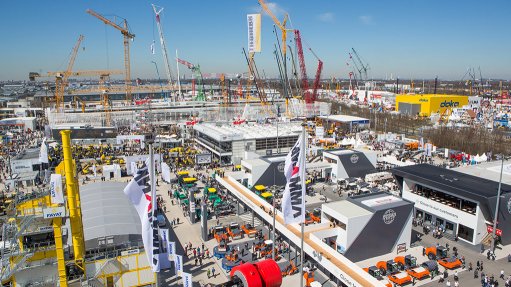 By: David Oliveira     6th September 2013 Locally based compaction equipment manufacturer Bom-mach aims to create awareness of locally manufactured Stampede products for the construction industry at bauma Africa. “Potential buyers can see and use Stampede equipment and compare it with other imported equipment,” Bom-mach sales manager... →

Exhibit to focus on construction and mining industries

By: David Oliveira     6th September 2013 Following its participation at the inaugural bauma Africa trade show, South Africa-based furnace, industrial and mining services company Dickinson Group expects to increase its client base and its exposure as a company and to further service the mining industry with the products it offers,... →

Trade show an opportunity to gain experience and contacts

By: David Oliveira     6th September 2013 The bauma Africa trade show offers participating companies the opportunity to gain experience and obtain invaluable contacts, owing to the international nature of the event, which will have more than 700 companies from 39 countries exhibiting products for the mining and construction industries,... →

Excavator range to be debuted

By: David Oliveira     6th September 2013 Earthmoving equipment manufacturer Doosan will participate at the first bauma Africa trade show and display its new DA30 and DA40 machines. The range of articulated dump trucks (ADTs) was launched in South Africa earlier this year, says Doosan MD Rod Watson, adding that the launch of these ADTs... →

Light and compact construction equipment to be showcased

Exhibit to focus on construction and rental orientated audiences

6th September 2013 Belgium-based steel plate manufacturer NLMK Clabecq says its presence at bauma Africa is the perfect example of how a Southern African distributor, in this case South Africa-based steel distribution and processing company Duferco Distribution Services, can work hand in hand with a key foreign... →

By: David Oliveira     6th September 2013 Construction machinery manufacturer Shantui Equipment Southern Africa (SESA) will launch its SL60W-3 loader and SE480 excavator at the inaugural bauma Africa trade show this month. “The SL60W-3 loader has an operating weight of 21 t and is powered by a China-based Weichai Power diesel engine. The... →

6th September 2013 A new range of products will be displayed by South Africa-based concrete technology company Putzmeister at the first ever bauma Africa event to be held at Gallagher Convention Centre, in Johannesburg, from September 18 to 21. On display will be the new generation of Putzmeister truck-mounted boom... → 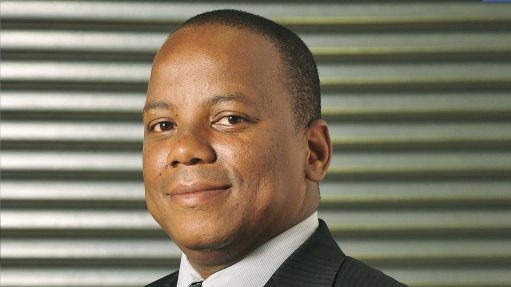 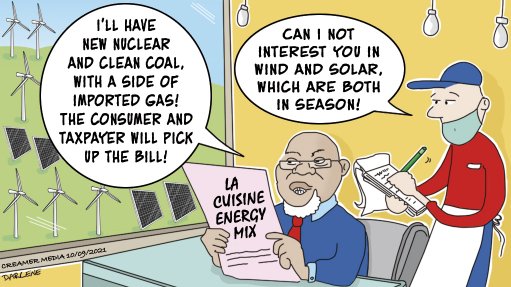