By: System Author     23rd April 1999 A R1,6-billion five-year master-plan for the further redevelopment and expansion in capacity of Johannesburg International Airport (JIA) has been announced by Airports Company South Africa (Acsa). The plan came into effect on April 1, and will be completed in 2004. Officially called the western... →

By: System Author     9th April 1999 South Africa’s mounting stockpile of used tyres is threatening to become an environmental disaster of epic proportions if they are not efficiently disposed of, Tosas marketing manager Ian Rademeyer tells Engineering News. This growing mountain of rubber is proving to be something of a... →

By: System Author     19th February 1999 THE R50-million Katlehong station project is certainly living up to its promise of delivering real empowerment to emerging contractors and local workers. The project is being undertaken by Intersite Property Management Services on behalf of the SA Rail Commuter Corporation (Sarcc), while the... →

By: System Author     5th February 1999 With the completion in October last year of a R50-million rehabilitation project at Waterkloof Airbase in Pretoria, Stocks Infra is entrenching itself as a specialist in multidisciplinary projects in the commercially sensitive area of airport infrastructure, reports director Anthony Hanks. He... →

By: System Author     5th February 1999 Housing developments, the provision of infrastructure and transport needs will have to be planned together if the full potential of development initiatives is to be realised, Department of Transport director general Dipak Patel tells Engineering News. He explains, that in the planning of low-cost... →

By: System Author     5th February 1999 Rail operator Spoornet is in the process of repositioning its freight rail services to align them with the needs of the customer, GM strategic marketing Herman Evert tells Engineering News. He explains that this means that there will, in all probability, be no large infrastructure developments... →

By: Archivist     29th January 1999 THE high-pressure tight-deadline contract for the building of South African Airways’ (SAA’s) new high-profile headquarters at Johannesburg International Airport has been completed by Protekon Building Services in conjunction with other consultants. The work involved the alteration of... →

By: Archivist     29th January 1999 The launch of the Department of Transport’s (DoT’s) fourth agency is a milestone for civil aviation in South Africa, said Transport Minister Mac Maharaj. In April last year three agencies were created out of the restructured DoT to run as independent, statutory authorities operating... →

By: Archivist     15th January 1999 The South African Air Force’s (SAAF’s) School of Logistics Training (SLT) has introduced a new training system based on that developed by the Swiss Pilatus company, manufacturer of the SAAF’s PC-7 Mark II Astra basic training aircraft. “We needed a training system which... → 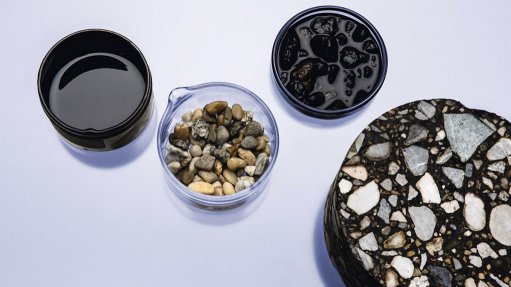