By: Jonathan Rodin     5th September 2014 The Aerospace Industry Support Initiative (AISI), a drive by the Department of Trade and Industry (DTI) that is hosted and managed by the Council for Scientific and Industrial Research (CSIR), in Pretoria, is achieving its goal of bridging the gap between the South African aerospace industry and... →

5th September 2014 State-owned defence group Denel’s financial results for 2013/14 show revenue growth of 17%, improved profits and the largest multi-year order book in its history – more than R30-billion to be executed over the next 20 years. “We can safely state that Denel has now returned to profitability on a... →

5th September 2014 Aircraft manufacturer Bombardier Aerospace and an African airline and existing Bombardier customer, signed a letter of intent in July to acquire five CSeries airliners. Based on list pricing, the order for five CSeries aircraft is valued at about $365-million. →

Company on schedule to supply generators

By: Jonathan Rodin     5th September 2014 Barloworld Power Rental, Cat dealer for Southern Africa will supply prime power generators to the eighth Aerospace and Defence Show (AAD) 2014, which will be held at the Waterkloof Airforce Base, in Pretoria, from September 17 to 21. The tender to supply the generators was awarded last year and... →

5th September 2014 Aerosud’s flagship company Aerosud Aviation has come a long way since 2000, when the company’s diversification into commercial aviation as a manufacturer and supplier of parts and accessories to Boeing and Airbus started in earnest. The company succeeded in winning its initial contract with... → 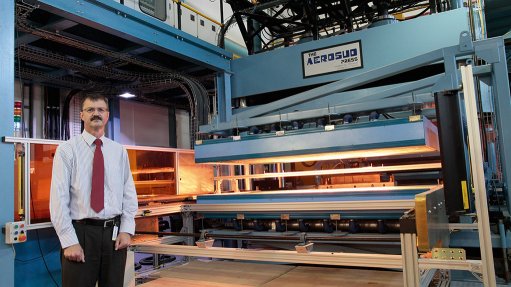 By: Carina Borralho     13th September 2013 Understanding the vast benefits of unmanned aerial vehicle (UAV) technology is a strategic priority for the Council for Scientific and Industrial Research (CSIR), as it is proving to have many applications within society worldwide. “As a result, UAV research is being done through a joint effort... → 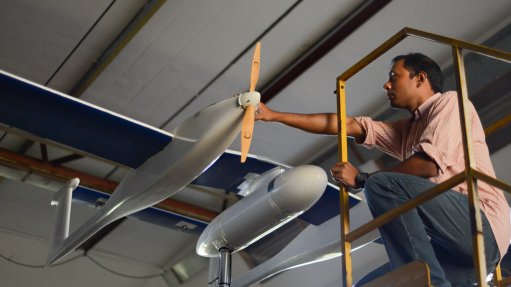 PROTECTING THE ENVIRONMENTUAVs can provide significant collateral surveillance capability to support among many other roles, the anti-rhino poaching efforts in South Africa

By: Carina Borralho     13th September 2013 The National Aerospace Centre (NAC) reports that it is planning to expand its skills development programmes by deploying them at more universities throughout South Africa to ensure the growth of skills development in the industry.  NAC acting director Philip Haupt says the centre plans to... →

By: Carina Borralho     13th September 2013 Defence, security and technology systems company BAE Systems says unmanned aerial vehicles (UAVs) are increasing within the defence industry in South Africa and worldwide. In Massachusetts, in the US, BAE Systems has introduced one of the smallest multispectral sensors available for unmanned... →

UAVs may lead to fewer pilots in future

By: Carina Borralho     13th September 2013 Although unmanned aerial vehicles (UAVs) have the greatest potential to grow the South African aerospace industry, Southern African Women In Aviation (SAWIA) pilot Amanda Kandawire says the technology may reduce demand for pilots in future. “I am not sure whether I accept UAVs in the industry... →

By: Anine Kilian     14th September 2012 The organisers of Africa Aerospace and Defence (AAD) are confident that this year’s event will impact positively on the local economy – not only through tourism but also through the business deals that are expected to be concluded during and after the event. AAD 2012 will be held at Air Force... →

Air force base prepared for AAD

By: Anine Kilian     14th September 2012 The City of Tshwane will host the return of Africa’s largest exhibition of air, sea and land capability, Africa Aerospace and Defence (AAD) 2012, which will take place at Air Force Base (AFB) Waterkloof. The last three AAD exhibitions were held at AFB Ysterplaat in Cape Town, while AFB Waterkloof... →

Hybrid aircraft to debut at AAD

Chipmunk to return to flight by year-end

By: Idéle Esterhuizen     16th September 2011 The South African Air Force (SAAF) Museum anticipates that its 1940s DHC-1 Chipmunk T M10 aircraft will be back in flying condition by the end of the year. →

By: Idéle Esterhuizen     16th September 2011 Scope remains for South Africa to use local skills to create market-leading unmanned air vehicles (UAVs) for a broad spectrum of countries, despite the US and Israel's success in the global UAV market, says missile and UAV company Denel Dynamics executive Tsepo Monaheng. →

By: Lindsey Berry     4th September 2009 The defence, peace, safety and security unit at the Council for Scientific and Industrial Research (CSIR) is aiming to source funding to make the CSIR’s wind tunnel facilities available to academic institutions. →

Local industry must find its niche in global aerospace sector

By: Lindsey Berry     4th September 2009 The National Aerospace Centre of Excellence (NACoE), an initiative launched and supported by the Department of Trade and Industry, is under way with a project to assess the skills requirements in the local aerospace industry with the intention of identifying skills required to enhance the global... →

New aircraft to touch  down in Africa in 2011

By: Darren Parker     6th February 2009 Aerospace equipment supplier Aztec Electronics has supplied a number of 28-V dc 400-Hz combination converters, which supply power to aircraft as they dock on the ground, to a series of African military clients. →

By: Darren Parker     6th February 2009 When South African President Kgalema Motlanthe’s signed the Bill that will see the creation of South Africa’s own space agency later this year, many were relatively unaware of South Africa’s rich involvement in space research over the decades. →

By: Darren Parker     6th February 2009 When South African President Kgalema Motlanthe's signed the Bill that will see the creation of South Africa's own space agency later this year, many were relatively unaware of South Africa's rich involvement in space research over the decades. →

By: Jacqueline Holman     5th September 2008 The Department of Trade and Industry (DTI) formulated the National Aerospace Centre of Excellence (NACoE) in 2005 under a policy to establish industrial centres of excellence to provide specific support to specific emerging sectors to mitigate a skills shortage in the aerospace industry. →

Reduced Vertical Separation Minimum to be introduced across Africa

By: Guy Copans     7th September 2007 The South African aviation industry is in a healthy state at present, with a buoyant aircraft market, owing to growing interest in aircraft acquisitions by private owners and industry bodies. These developments are having positive effects for other aviation areas such as maintenance, says... →

By: Guy Copans     7th September 2007 The acquisition in 1999 by the South African National Defence Force (SANDF), in a joint venture contract, of 24 Hawk Lead-In Fighters and 28 Gripen Fighters from defence and aerospace companies BAE Systems and Saab, has had a positive chain effect on the South African economy, creating jobs... →