30th October 2008 Kenya expects $500-million worth of foreign investments in biofuel crop production over the next two years, a top government official said. Romano Kiome, permanent secretary in the agriculture ministry, said five multinational firms from the United States, Japan, and Britain had applied to be... →

2nd February 2007 Parliament has begun receiving and considering tenders for its space utilisation project, which includes the construction of a banquet hall and is to be completed by December 2008. →

DME grants mining licence for resumption of mining at Koffiefontein

26th January 2007 With October designated the month of Transport, Metrobus launched its range of city buses, Auto Africa proved a huge success and VWSA are on a huge skills drive with aid from the government.?The Johannesburg Metropolitan Bus Services (Metrobus) announced the launch of 38 new Mercedes-Benz buses... →

26th January 2007 A future skills project, which aims to combat the national industry skills shortages by developing strategic partnerships with the Department of Labour, Merseta, the Volkswagen dealer network and colleges, is in an advanced planning stage. →

New glass float line likely to be completed by April

26th January 2007 A second glass float line being installed at PFG’s Springs site is on track for completion by April, with most of the R710-million budget already committed by the PG group. →

26th January 2007 Africa’s largest packaging company, Nampak, is set to begin a R500-million expansion project at its corrugated paper mill in Rosslyn, Pretoria, during the first quarter of this year. →

26th January 2007 A new mining product is said to recover up to 98% of pure coal, says Mintek’s specialist in physical seperation, Carl Bergmann, who believes that this will open up new possibilities for the commercially viable mining and dry processing of coal seams at a coarse size. →

19th January 2007 Engineers and contractors in industrial design, Murray & Roberts Cementation has been named the preferred contractor for the Blue Ridge Platinium mine situated on the eastern limb of South Africa’s Bushveld complex. → 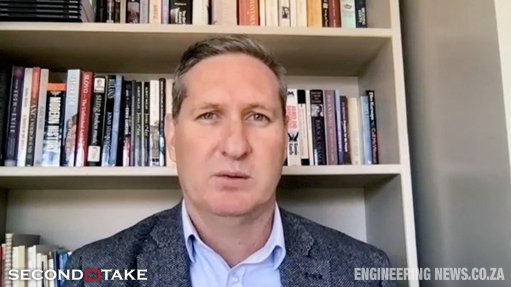