16th March 2007 As it drives mining transformation, DME will amend its legislation where necessary, implement beneficiation strategies, and promote safety and small-scale mining →

MonteCasino expansion to be complete this month

9th March 2007 The MonteCasino lifestyle expansion project north of Johannesburg is progressing well and on schedule for the completion later this month. →

Hostel development to be completed in six months

9th March 2007 The construction of 21 double-storey, four-unit housing blocks at the Diepkloof hostel complex, in Soweto, has started. →

Complex on schedule for the September completion

2nd March 2007 The Maponya Mall, currently under construction near Klipspruit, in Soweto, is on schedule for the September completion, says Grinaker-LTA representative and project manager Mark Meire. →

Plans in place for revitalisation of rundown CBD

2nd March 2007 The Johannesburg Property Company (JPC) says it is awaiting approval from the Johannesburg City Council before going ahead with its proposed Randburg regeneration project. →

23rd February 2007 The feasibility study for the second phase of the Lesotho Highlands Water project (LWHP) is under way and expected to be completed by 2009. →

23rd February 2007 By April next year, the Jerusalem site will boast a brand-new R1,2-billion development, which will among other things comprise of offices and a fashion hub. →

23rd February 2007 The South African mining industry should fully implement the recommendations made by Judge Ramon Leon’s commission of inquiry into health and safety in the industry. →

16th February 2007 The Johannesburg Property Company (JPC) says it is awaiting approval from the Council before going ahead with it proposed Bruma Lake project. → 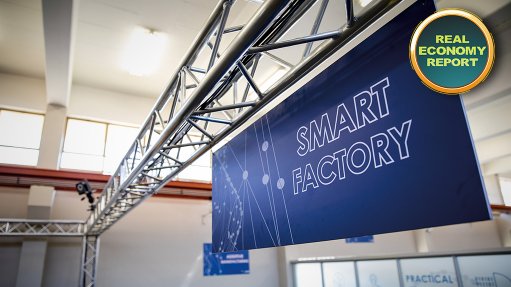