The African News Agency is a news and content syndication service, focusing on news about Africa written by Africans for an African and international audience.

Ekurhuleni to spend over R100m to prevent power outages

24th May 2016 The City of Ekurhuleni in Gauteng is set to spend over R100-million to stabilise power supply in Germiston, this after weeks of prolonged power outages in the area. In a statement from the City, it admitted that Germiston had for the past few months experienced intermittent power failures due to... →

20th May 2016 African National Congress (ANC) chief whip in Parliament Jackson Mthembu on Thursday backed Finance Minister Pravin Gordhan, saying he was not the criminal type and called on those who were “peddling lies” about him to be caught. Addressing journalists in Parliament, Mthembu condemned weekend... →

Rescue operations under way for trapped Implats miners in Rustenburg

19th May 2016 Two mineworkers trapped underground at Impala Platinum Holdings Limited (Implats) mine in Rustenburg have not yet been located, the company said on Thursday. “Rescue operations are ongoing. Rescue teams made progress overnight. The workers have not been located, but rescue teams have reached the... →

18th May 2016 South Africa’s debt had not reached unsustainable levels and the deficit was being managed well, Finance Minister Pravin Gordhan said on Wednesday. “We kept our promise that we will consolidate our fiscus ever further and above all we said we would make sure that our debt is sustainable. →

18th May 2016 The National Union of Mineworkers (NUM) on Wednesday said it had rejected “with disgust a lousy offer” by power utility Eskom of 5% In an statement NUM said: “This horrible increase will drive thousands of Eskom employees into poverty taking into account the continued rise of Consumer Price Index”. →

17th May 2016 South African President Jacob Zuma on Tuesday told Parliament that rampant unemployment had its roots in apartheid because the white regime denied black people education. In response to a question from Democratic Alliance (DA) finance spokesperson David Maynier, Zuma replied that joblessness was... →

17th May 2016 Oakbay Resources on Tuesday announced a new CEO following the abrupt resignation of Varun Gupta from the position last month. “Oakbay Resources is pleased to announce that, following a Nominations Committee process, the Board has appointed Mr Jacques Roux as the CEO of the Company with immediate... →

17th May 2016 Tshwane Mayor Kgosientso Ramokgopa on Tuesday paid tribute to the automotive sector for driving the capital city’s economy during the current challenging global economic conditions. “I assume all of us have seen in the recent months investments made in the automotive sector of the our economy... →

16th May 2016 The Presidency on Sunday slammed media reports on the “imminent arrest” of Finance Minister Pravin Gordhan. “The presidency has noted the story in the Sunday Times alleging an imminent arrest of the minister of finance,” President Jacob Zuma’s spokesperson Bongani Ngqulunga said in a statement. → 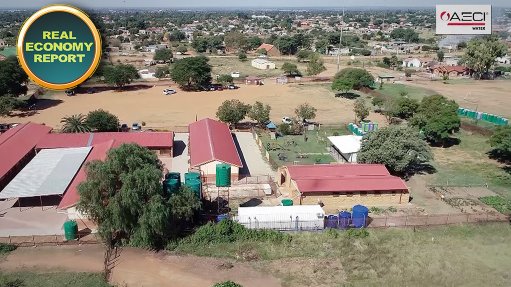