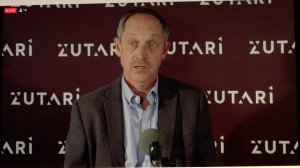 After demerging from the global engineering and advisory brand Aurecon on January 1, Aurecon Africa has emerged as Africa’s newest engineering consultancy and is now called Zutari.

Zutari CEO Dr Gustav Rohde said that although it was a “new” company, it was really one of the oldest in the industry on the continent.

The Aurecon brand, headquartered in Australia, originated as a merger between consultancies Africon, Connell Wagner Group and Ninham Shand in 2009, with the latter’s history in Africa dating back to 1932.

Rohde has served in executives roles at Africon, Aurecon Africa and now Zutari.

The demerger from the Aurecon group came about in October last year, as Aurecon Africa could see the market changing and requiring agile, locally relevant and Afrocentric solutions.

The Zutari name was derived by combining two Swahili words, mzulia and nectari, meaning invent and nectar, respectively. Swahili is the most spoken language in Africa.

“We see possibilities in Africa, where others see threats. New perspectives are needed to develop solutions for ever-changing landscapes,” Zutari, with its slogan “Impact. Engineered” stated in a launch video presented in a webcast on July 21.

Rohde explained during the launch webcast that the new name and company reflected Afro-optimism and Pan-Africanism and appealed to a global audience, balancing analytical and technical engineering with creativity and innovation to demonstrate that the company was about more than traditional engineering.

Rohde added that traditional engineering often worked well in developed markets, but not necessarily on the African continent. “What might be feasible for markets like the US or Australia, may not be affordable, let alone viable, in Africa.”

He continued by stating that in October 2019 no one could have predicted that the beginning of this year would see the emergence of a global pandemic, with Covid-19 having a devastating impact on both a macroeconomic and community level. “But, we could already see the winds of change push back against globalisation as early as September 2019,” Rohde noted.

He further said the pandemic had since accelerated the trend towards localisation, especially as borders remain closed and international travel remains restricted.

Rohde believes infrastructure has been rightly identified as a catalyst for growth and development and that many global companies that attempt to enter the African market did not know the best way to table its problems.

This is particularly relevant now that the African Union and the African National Congress’ Economic Transformation Committee have both highlighted the importance of an infrastructure-led recovery from Covid-19 that will include expanded public-private partnerships, inclusive growth and transformation.

“The fact that we are a private, management-owned company with African owners makes our commitment real – we have a vested interest in our clients’ success."

The commitment is coupled with Zutari’s technical skills, record, understanding of the market and its belief that it can, and should, purposefully make an impact.

About 75% of Zutari’s 2 000-strong multidisciplinary employees are professional engineers, technologists or scientists.

“I think there are very few companies that can match our local capacity, long-standing presence and understanding of the challenges required to operate successfully across this continent,” stressed Rohde.

He added that it was this deep skills base and long-standing presence on the continent that Zutari taps into to make a tangible difference in Africa.

“It is all about making a difference. This refers to responsible infrastructure projects that generate employment and improve local communities. Zutari aims to achieve these goals by partnering with its clients in a process of co-creation to derive joint solutions that matter.”

Infrastructure development must also be sustainable, which is why Zutari is a leading player in Africa in renewable energy solutions such as solar and wind power. Rohde remarked that true sustainability for any asset owner or operator focused on responsible development.

This includes social and environmental factors, as well as embracing appropriate new technology. “It is also about well-rounded operations and a safe and motivated workforce. We work with our clients to deliver solutions that help them stay in business and thrive.”

Zutari CFO Joe Ndala said key drivers for the new company were that complex problems required collaborative solutions, which did not reside in boardrooms. Zutari preferred to spend time with end-users who would enjoy the project that was ultimately realised.

“We have to understand what end-users want and commit to make a difference. We have the responsibility to design and construct infrastructure projects that will benefit local communities, generate employment and consider social and environmental impacts. We do not design in isolation.

“It is this process of co-creation that is key to connecting stakeholders toward shared interests, and pursue opportunities that were not there before,” Ndala stated.

He added that Zutari was focused on intentional, skilful and artful approaches that drove it beyond traditional engineering.

“Our world is changing, and we have to continually innovate to generate results. Our knowledge over the past decade is grounded in digital engineering, enabling us to collaborate better, imagine boldly and make smarter decisions.

“Today, we integrate technical and creative thinking. We employ design thinkers to explore deeper problems. We invite different voices to the table for impactful, lasting change.”

“We aspire to co-create impact that enables people, economies and the environment to thrive.”