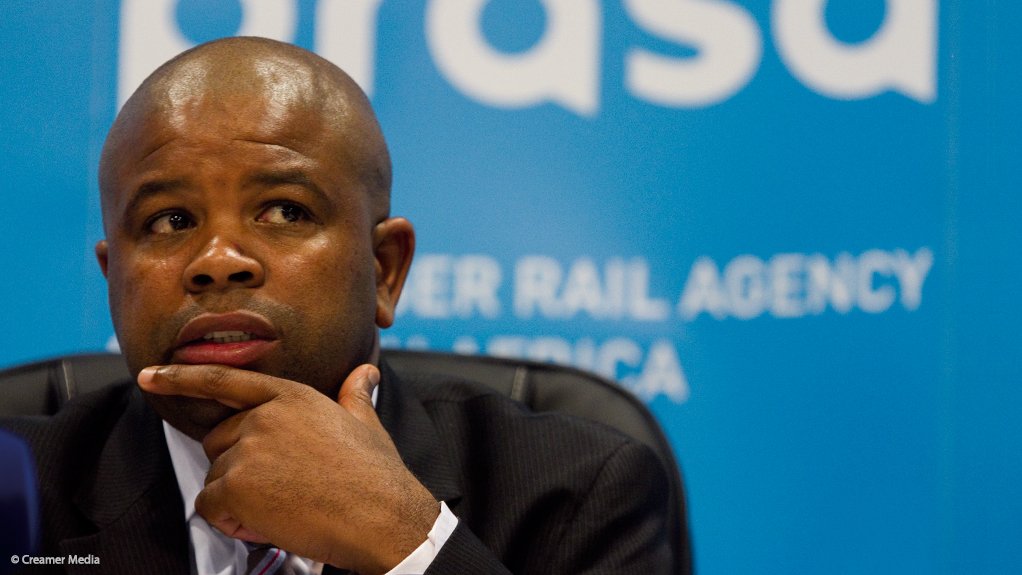 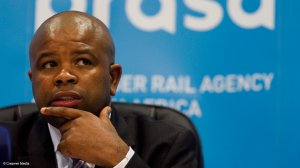 The former CEO of the Passenger Rail Agency of South Africa (Prasa), Lucky Montana, has lashed out at the Commission of Inquiry into State Capture, accusing the committee's chairperson, Deputy Justice Raymond Zondo, of "bias" following days of hearing damning evidence about alleged corruption at the rail agency.

The inquiry this week scrutinised the purchase of millions of rands worth of properties by Montana, with testimony given by the agency's former chairperson, Popo Molefe, among others.

Montana has not yet testified.

In a letter to Zondo and Chief Justice Mogoeng Mogoeng on Thursday afternoon, Montana - whose name was implicated in allegations of improper conduct by several witnesses - said Zondo allowed the process to be used for "witch-hunts".

In an email to Fin24 on Friday, Montana confirmed he is the author of the letter. He added he was not doing any interviews at this time as the Montana family was undergoing a mourning period. However, he said he would provide his side of the story when he testifies at a date that still needs to be set.

In the letter, Montana argued that under Zondo's leadership, the process had "turned into a farce" as he appeared to be "impervious to the truth".

Bias was rooted at the "very top of the commission," he said. "It is clear to me that the commission wants to cherry-pick what it wishes to hear and has a perceived outcome of the matter relating to Prasa."

In the past four days, the commission heard explosive evidence from various senior managers at the state-owned agency, including Molefe, who spoke of the difficulty they encountered while attempting to probe graft allegations, including being misled by Montana.

Other witnesses gave evidence relating to the irregular awarding of major contracts and how those who were questioned unethical financial conduct were sidelined. The evidence mainly covered the period when Montana was CEO between 2010 and 2015.

In his letter, Montana also sought to address his relationship with Riaan van der Walt, a lawyer from Pretoria who was involved in a series of property transactions with him. Van der Walt has links with Siyangena Technologies, a company favoured by Montana for major contracts.

Between 2013 and 2014, Montana bought properties in various upscale suburbs which were later registered on Van der Walt "My property dealings have not been secret and say he has put his own resources in the purchase and development of ten properties, some of which were acquired long before he became Prasa CEO," he said.

"My partnership with Riaan van der Walt was above board," he said adding "there was no corruption or conflict of interest in my dealings with him."

"This was the partnership between two entrepreneurs that agreed to combine their resources for a greater good and generate profit. There is nothing corrupt or unlawful about this."

The properties in Waterkloof, Sandhurst and Hurlingham amounted to R36-million.

Montana took issue with the "terrible treatment" of Louis Green, an estate agent who facilitated the R13.9-million sale of the Sandhurst property which Montana had initially signed an agreement for its purchase only to have it transferred to Van der Walt's company, Precise Trade and Invest.

He was unable to explain his actions to the commission's satisfaction, when asked to explain the continued communication with Montana.

"Your inappropriate conduct may prove to be prejudicial to the future of South Africa as a country."

Montana indicated his willingness to appear before the commission from September 2020, where he said he would demonstrate to Zondo "why I say you are bias[ed]" provided the latter does not "curtail" his evidence.

Montana had previously submitted a statement to the commission with a view to testifying, but later later withdrew it.

In a letter to the commission dated October 18, 2019, he stated that he felt aggrieved by the instruction from investigators to delete what he regarded as key aspects of his submissions, because they were outside the terms of reference of the commission, according to investigators.

He also said that he was unhappy that contents of his statement were shared with implicated persons, something which he felt was not only unethical but potentially put his life in danger.

"This was the final straw that led to my decision to withdraw from testifying," he said.