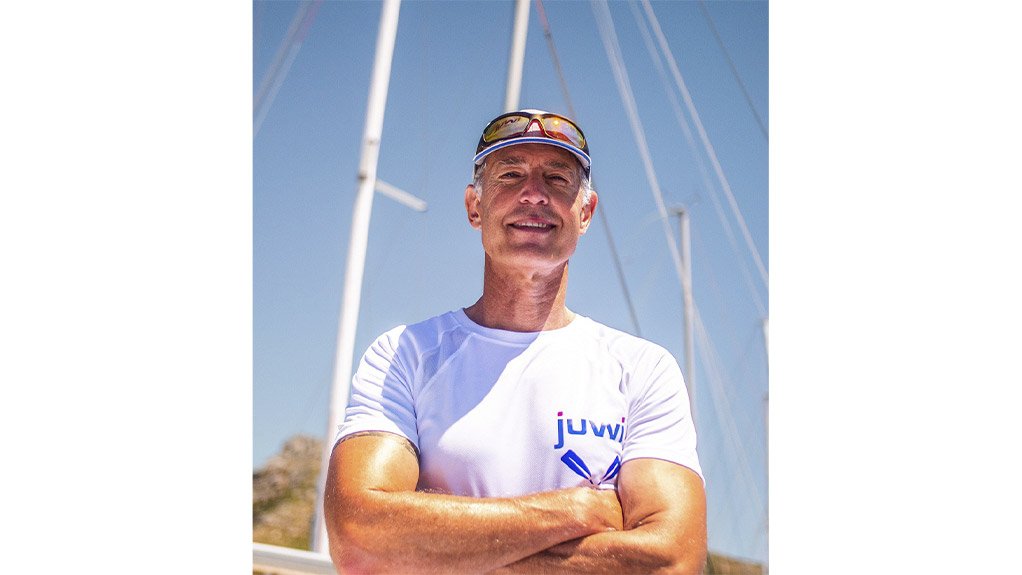 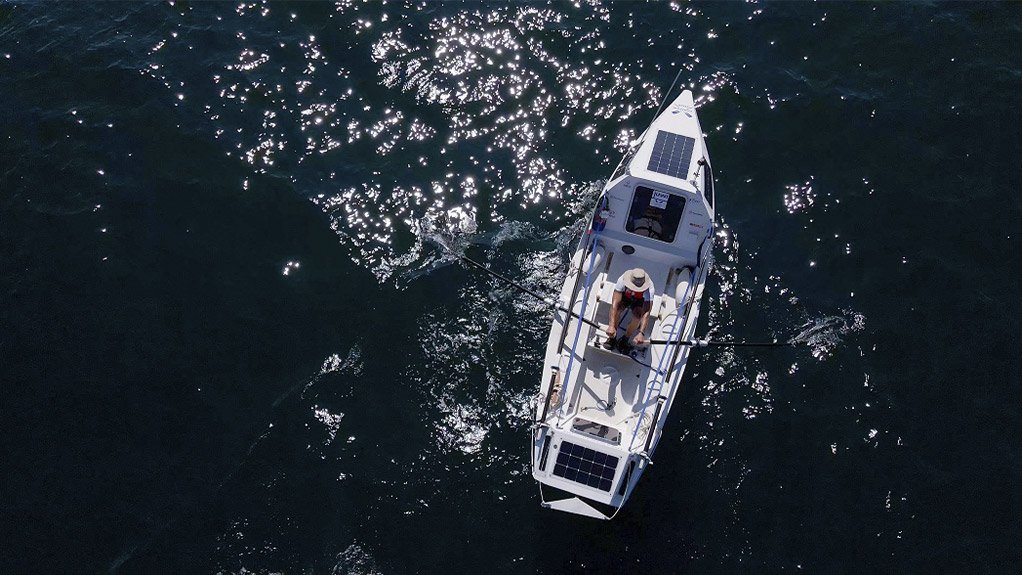 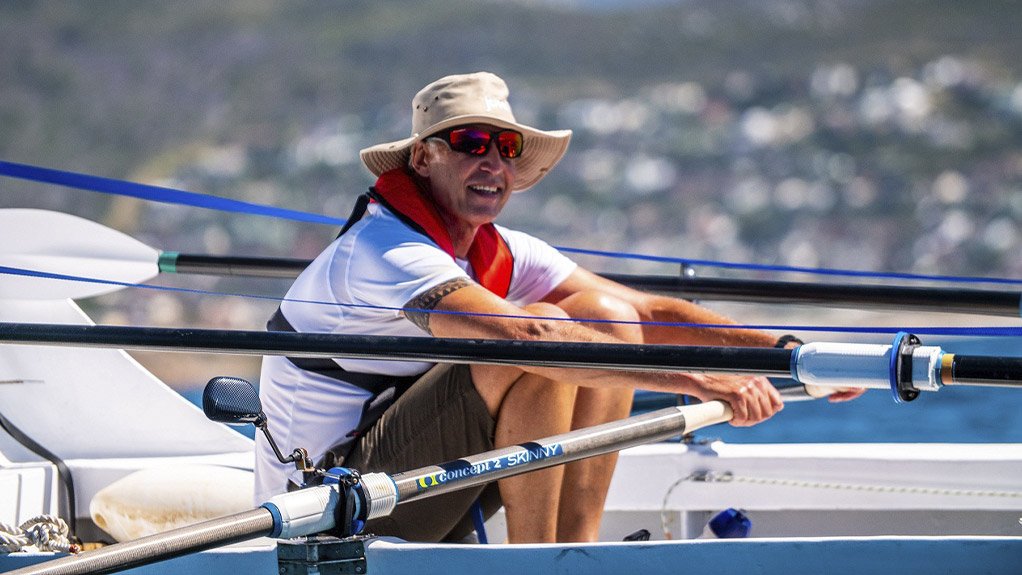 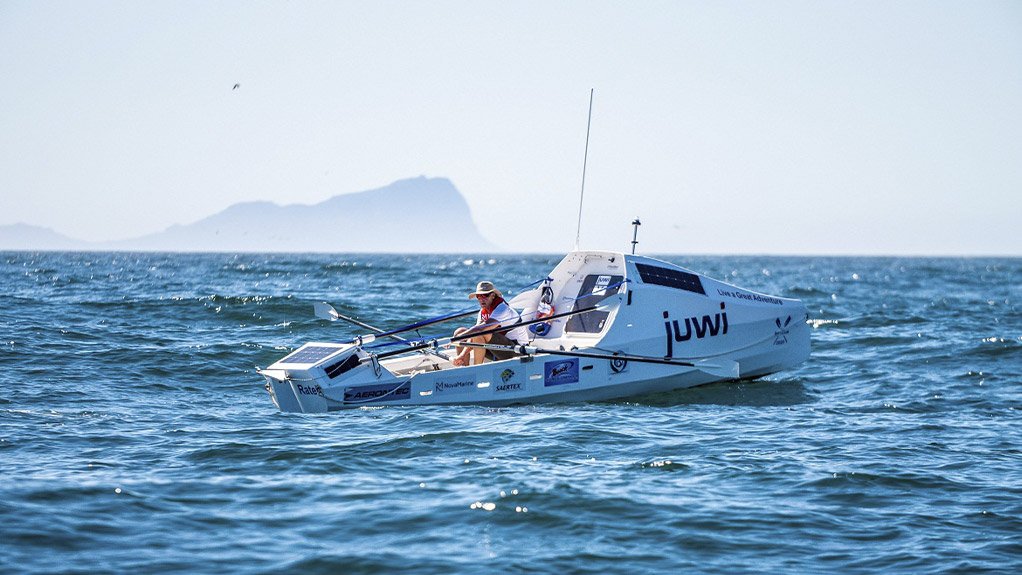 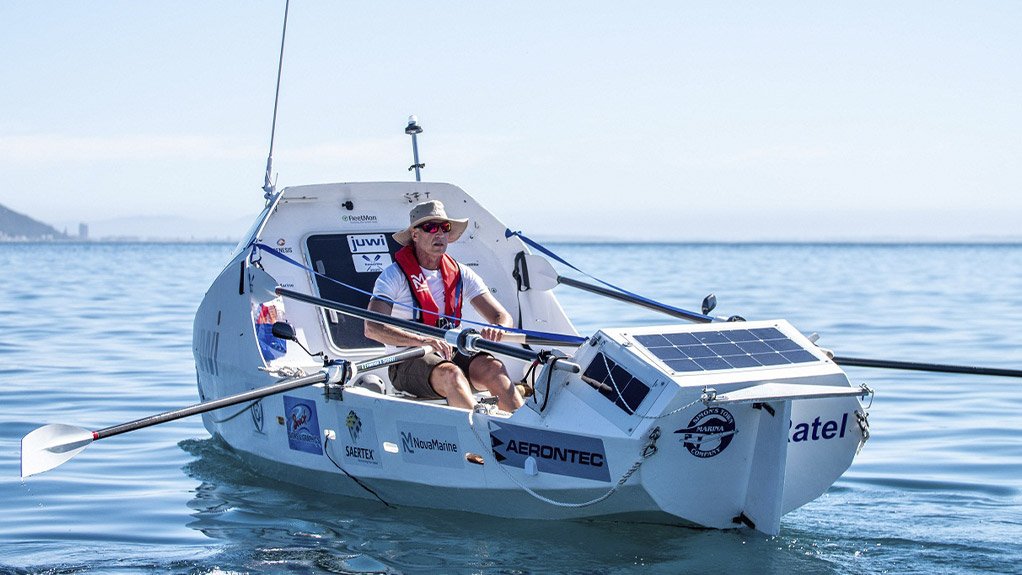 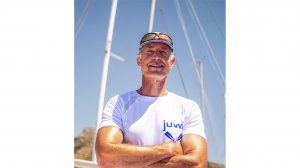 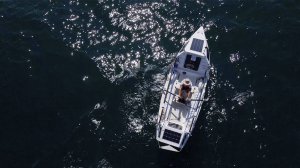 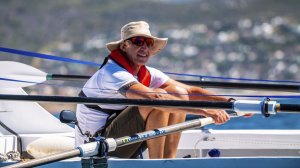 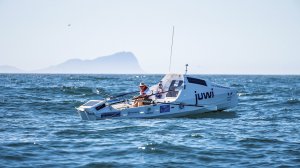 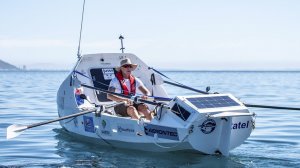 Capetonian, Zirk Botha, will depart on his 7000km solo Trans-Atlantic row from Cape Town to Rio de Janeiro, on Saturday 5 December 2020, leaving from Granger Bay Marina, at 09:00. Botha will be the first person to attempt this Trans-Atlantic crossing alone.

Botha has been waiting for a suitable weather window to leave Cape Town, “I have to leave when the South Westerly wind isn’t dominant, because it will push my boat straight back towards the coastline – From Cape Town I need to row in a westerly direction to clear the coast and shipping lanes. Once I am out in deep water the wind direction becomes less of a factor. The predicted conditions for Saturday look good.”

Botha who will be the first person to attempt this Trans-Atlantic crossing alone, will leave from Granger Bay Marina rowing west to clear the coast, and then row north westerly past Dassen Island and Cape Columbine.

Sponsored by juwi Renewable Energies, 59 year-oldBotha is undertaking the extreme challenge in support of the environment and sustainable development. The crossing requireshim to row completely unassisted for approximately 100 days, over approximately 7000kms (3800 Nautical Miles) in often treacherous weather conditions.

“I will have no supporting safety boat, and I can expect to experience large waves and swells, not to mention the threat of numerous tanker and other large vessels bearing down on me as I move through the shipping lanes.”

Botha will follow what is known as a Great Circle Route. “It’s not a direct route from Cape Town to Rio; I first head out in a North West direction to benefit from the prevailing South Easterly wind in Cape Town. After 1000km once I am north of the latitude of Lüderitz Bay in Namibia, and about 300 nautical miles offshore, I turn westerly so I can have the benefit of the wind behind me to take me across the Atlantic. On the Brazilian side of the Atlantic, the wind is North Easterly, so I have to arrive on the Brazilian Coast north of Rio to have the wind behind me to head into Cabo Frio, where the old Rio de Janeiro yacht club is, which is where I will be finishing.”

Ocean rowing is considered to be the ultimate challenge of human endurance. Botha will row an average of 14 hours a day. “As a solo rower, I have to apportion sufficient time each day to rowing, otherwise I’m going nowhere, but I also have to take breaks to rest, eat and drink - my plan is to row seven x 90-minute sessions per day, with 30-minute breaks in between.  “Sleeping will be a critical part of my daily routine, as it will allow my body to recover from the physical exertion. Not getting enough rest could result in compromising my immune system, but this must be weighed against the effect of not making progress whilst I am sleeping. Owing to the extreme temperatures once I turn west, I might have to take longer breaks during the mid-day period, but my cabin will be too warm tosleep in during the day. I will have to completely adjust my body clock as I go,” says Botha.

Botha has trained extremely hard, but he stresses that the challenge requires endurance more than cardio-vascular fitness. “I’ve done intensive rowing plus weight and endurance training, but I know that my biggest challenge will not be physical, but rather mental.”

With a background in South African navy as a combat officer and extensive experience as an adventure sportsman, including sustaining and recovering from life threatening injuries, Botha believes his life experiences have effectively equipped him to do the row.

“The boat has been named ‘Ratel’ which is the Afrikaans name for honey badger, an animal known for its courage and tenacity, which I will need to complete this challenge,” says Botha.

His energy requirements are significant, so eating nutritionally-dense food and staying well-hydrated is very important  to maintaining his strength. “I will probably consume 10 litres of water and 8000 calories of food per day – if you consider that a normal person consumes approximately 2500 calories a day, it’s a lot. Even so, I expect to lose over twelve kilograms crossing the Atlantic,” says Botha.

“My nutrition planning for the crossing has had to take into consideration that I have limited storage space on the boat. Everything that I pack is dehydrated. I have had to source food that contains no water to reduce weight and bulk. I will eat 6-7 meals per day, varying from dehydrated freeze-dry food to muesli with protein powder, sweets and dried fruit.”

Rowing for a sustainable future

Greg Austin, Managing Director of juwi South Africa, says that Zirk’s crossing epitomises the way juwi is taking the lead in innovation and breaking barriers for the environment. “Zirk’s pioneering spirit, courage, grit and commitment to the environment are qualities that juwi respects and fully aligns with. I am deeply admiring of Zirk taking this on in the name of sustainability and climate change; this challenge to me is highly correlated with the severe challenges we all face as planetary citizens right now, and into the foreseeable future.  If this trip inspires others to act, then I believe Zirk’s mission would have been accomplished. Speaking on behalf of the juwi team, we wish Zirk all the best for the row and look forward to welcoming him home safely”.

“I want to use the challenge to spotlight the impact of fossil fuels and irresponsible consumerism on the planet which will be the future home of our children and future generations. Renewable energies are essential to a sustainable future,” says Botha, who also works as a manager at juwi.

“For my solo row from Cape Town to Rio de Janeiro I will be 100% self-sustaining for over three months. This provides a perfect showcase to support the message that 100% renewable energy is the solution. I will be totally reliant on solar panels and solar-charged batteries as the source of electricity for my water maker (desalinator), auto-pilot, safety equipment, radio and satellite communications equipment.”

“My job equips me to speak with knowledge regarding the competitive costs and benefits of renewable energy. The platform that the ocean crossing creates will allow me to drive home the message that the increased uptake of renewable energy is a key solution to the climate change challenges faced by our planet.”

Preparing the boat for the crossing

Botha has built his boat, almost single-handedly, including installing all the equipment such as solar panels, navigational and satellite equipment, and a desalinator. The construction of the ocean rowing boat is based on a revolutionary design by Phil Morrison, an esteemed Naval Architect.

“To prepare for a challenge like this is quite a daunting task – I am fortunate to have the support of sponsors. juwi Renewable Energies is my primary sponsor, and I’ve been assisted  with materials and equipment by Novamarine, Aerontech, Saertex, Bulwark, FleetMon and BondiBlu. Plus, Genesis Nutrition and Spar will be supplying me with food,” says Botha.

A maritime and adventure background

Botha served as a Naval Combat Officer in the South African Navy, where he also qualified as a Combat Diver. During his time in the Navy, he completed three Atlantic crossings. He is also a qualified 200T Yacht Captain (Master of Yachts) and has sailed extensively.

Botha is an avid adventure racer, competing in many multi-day non-stop events that comprised trail running, rock climbing, river rafting and mountain biking. His many adventures include trekking the Himalayas, and stand-up paddle boarding through theOkavango Delta, of Botswana.

Members of the public can view Botha leaving from the breakwater area at Granger Bay or from Granger bay common areas. There will be no access to the Granger Bay Marina Residents area.