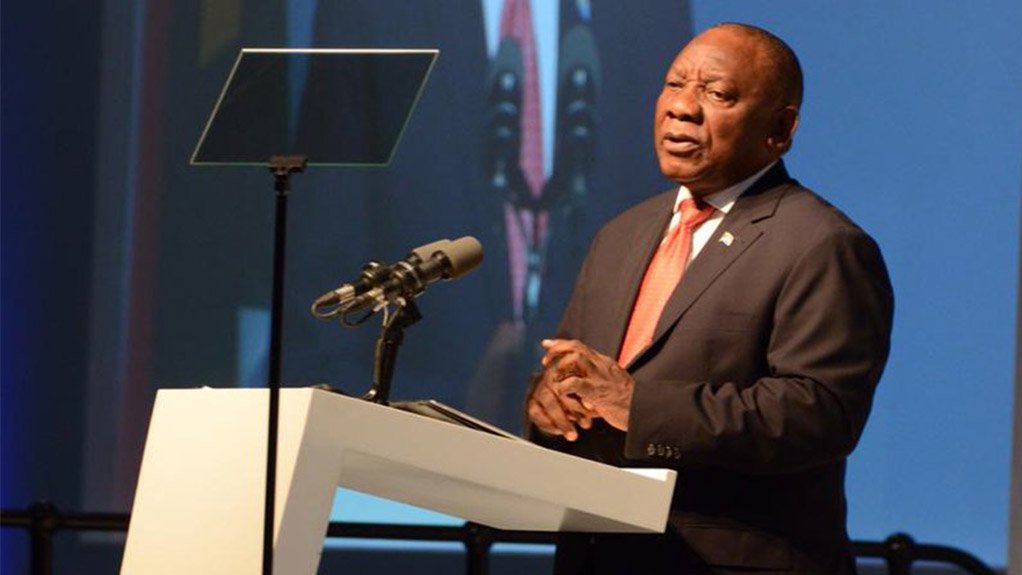 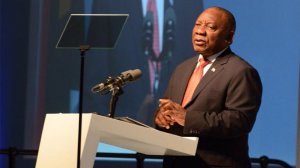 President Cyril Ramaphosa declared an end to South Africa's proverbial 'investment strike', when he unveiled firm investment commitments of R290-billion across a diverse range of sectors, from mining and energy to infrastructure and manufacturing, at a well attended and vibrant investment conference on Friday.

The gathering was held as part of efforts to stimulate $100-billion in investment over the coming five years and help South Africa out of its current low-growth slump and bolster much-needed investor confidence, which all but collapsed in recent years on the back of policy uncertainty, a break down in trust between social partners and a surge in corruption.

However, Ramaphosa also used the platform to offer assurances to foreign and domestic investors of his government’s commitment to the protection of property rights as South Africa moved to implement a “fair and equitable land reform process”.

Addressing more than 1 300 delegates at a Sandton Convention Centre brimming with high-powered business people and politicians, including most of his Cabinet, Ramaphosa promised that “your investment in South Africa is safe”.

Government's commitment to accelerating land reform to redress past injustices was reaffirmed, as was support for racial transformation in the agricultural sector. However, the President said land and agrarian reform would be pursued, “while providing certainty to those who own land, to those who need land and to those who are considering investing in the economy”.

Ramaphosa’s goal of attracting $100-billion in investment was initially seen as being threatened by moves by the governing African National Congress to change the Constitution to allow for land expropriation without compensation. But in a charm offensive on Friday, he told delegates from 36 countries that government’s approach would reaffirm the Constitutional protection of property rights and the prohibition of the arbitrary deprivation of property.

“Together with robust legislation to protect foreign investments, an independent judiciary and the firm rule of law, our Constitution should allay any fears that investors may have of factories being expropriated.”

Foreign and domestic investors have already started to respond to these assurances by making investment commitments and pledges. To date, pledges of $28-billion have been received mostly from countries in the Middle East and Asia, including a $14-billion investment pledge from China.

Ramaphosa said that serious efforts would now be made to convert these pledges, which equated to around R400-billion, into real investments. A booklet of potential investment opportunities and projects has been published and will be used as a marketing tool over the coming months.

In addition firm commitments worth over R200-billion were made at the conference itself. Many of the announcements, such as Mercedes-Benz’s R10-billion investment in the Eastern Cape, represented a reconfirmation of investment commitments already made. Others related to sustaining capital at some large operations, including many of the capital programmes outlined as part of Anglo American’s R71.5-billion investment portfolio for the coming five years.

AFRICAN SMARTPHONE & 5G NETWORK
Mara Group CEO Ashish Thakkar, however, reported that he had been convinced to pursue his R1.5-billion plan to manufacture an African smartphone in South Africa earlier than planned. In addition, Paul Harris from data-only mobile network start-up Rain confirmed investments worth R1-billion into a 4G-network deployment and the roll-out, in 2019, of a 5G network in parts of South Africa.

Further telecommunications investments were anticipated in light of government's decision to begin allocating high-demand spectrum to both incumbent and new industry participants in the coming two years. Vodacom indicated at the conference that it was convinced that the release of the spectrum will result in it making investments of R50-billion over the coming five years to build both 4G and 5G network capacity.

Meanwhile, South Africa’s Naspers used the platform provided by the summit to confirm its R6-billion investment plans for South Africa, much of which would be focused on supporting technology start-ups and youth innovation.

The commitments were not limited to the technology sector, though, with South Africa’s two largest forest product companies, Sappi and Mondi, confirming combined capital expenditure programmes worth some R16-billion. Sappi would invest R7.7-billion in the expansion of its Saiccor facility, in KwaZulu-Natal. The mill is a leading global producer of dissolving wood pulp, used primarily as a fibre input in textile manufacture.

The large automotive original equipment manufacturers made a joint pledge, signed by the local CEOs of BMW, Isuzu, Mercedes-Benz, Nissan, Ford, Toyota and Volkswagen, for combined investments of R40-billion over the coming five years. While some of the other manufacturing investments announced included R3.4-billion from Aspen, R970-million from Sumitomo, R663-million from Nestle and R300-million from Procter & Gamble.

Various mining-related investments were also confirmed, including: a R21.4-billion plan by Vedanta Zinc International to expand production in the Northern Cape and to investigate a smelting and refinery investment; a R2.5-billion investment by Bushveld Minerals to expand vanadium mining and support local beneficiation; and R4.5-billion by Ivanplats in platinum investment, in Limpopo.

In the infrastructure area, ACWA Power, of Saudi Arabia, confirmed its intention to invest over R28-billion in new renewable and conventional electricity plants, while the South African National Roads Agency highlighted its R9.5-billion roads and bridges investments planned for the Eastern Cape.

NEW DEVELOPMENT BANK SCALE-UP
In addition, the New Development Bank, recently established by the Brics bloc of Brazil, Russia, India, China and South Africa, confirmed a massive scale-up in its funding commitments for South Africa, which would rise from $500-million in 2018 to $2-billion in 2019. The bank would support projects in the transport, renewable energy, water and sanitation and social infrastructure sectors.

Ramaphosa said he was aware that many investors had become concerned and disillusioned by South Africa’s recent “stumbles”, but stressed that government was “determined to put behind us the period of uncertainty and discord and embrace a future of cooperation and partnership”.

“Following thoroughgoing consultations with various role players in our economy, we have been addressing issues of policy uncertainty and regulatory obstacles that have impeded investments in a number of industries.”

He added that immediate steps were being taken to finalise reforms in key sectors such as mining, oil and gas, tourism and telecommunications.

The revised Mining Charter had been finalised, government aimed to draft separate legislation for the oil and gas industry, visa rules were being reviewed, and, in electricity, the draft Integrated Resource Plan had been released.

“We have finalised consultations with the telecommunications industry and other stakeholders to ensure allocation of spectrum reduces barriers to entry, promotes competition and reduces costs to consumers. Our independent communications regulator is now preparing to licence available high demand spectrum.”

Ramaphosa said his administration was a "listening government" and that it had already started acting to address concerns raised about the policy and regulatory hurdles to higher levels of investment.