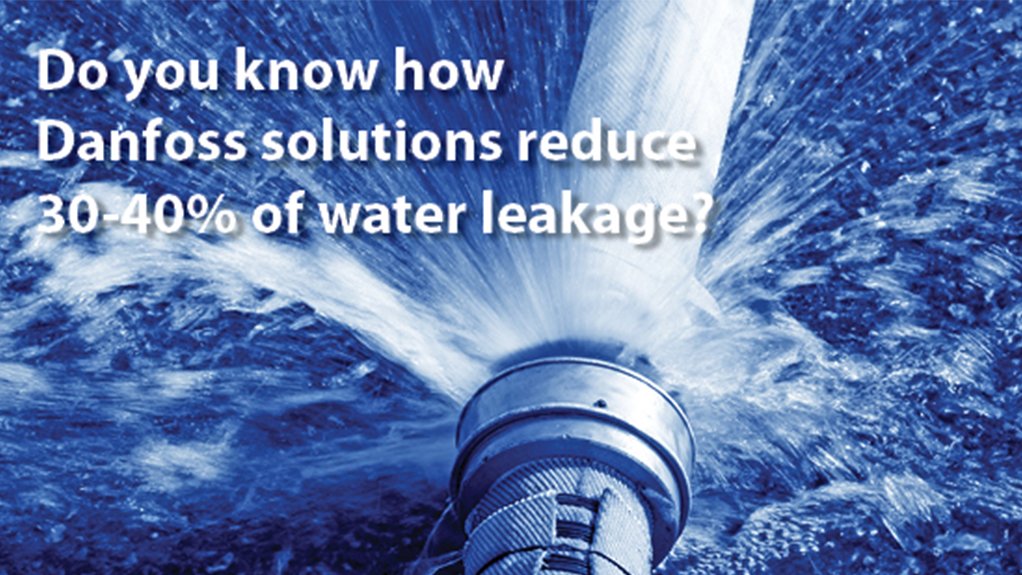 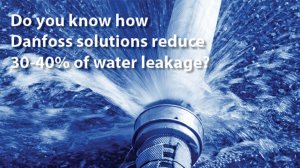 Lack of water and climate change are among the top 5 global risks, according to the World Economic Forum. However, pioneering solutions that can help meet both challenges are ready to be replicated.

As the world population rises and people pursue higher standards of living, more water is needed in homes and for production of food and products. By 2050, the United Nations projects global water demand to increase by 55%. However, fresh water supplies are limited, and groundwater, which is the source of drinking water for at least half of the global population, is used much faster than it is replenished. In just 10 years, 50% of global population is expected to live in water stressed areas. The increasing demand for water also leads to growing energy consumption, which affects the climate.

Danfoss, a world-leading supplier of technologies for infrastructure, food supply, energy and climate, has solutions which help countries and municipalities worldwide save water and energy within water supply, wastewater treatment and irrigation of farming areas. For example, Danfoss has supported Denmark in becoming one of the pioneering countries in the water and energy field. The country has grown its economy by 80% since 1980, while reducing water consumption by nearly 40%, and keeping energy use at the same level. Structured water management and innovative technologies have contributed to this decoupling of economic growth, water consumption, and energy use.

In municipalities, water and wastewater facilities account for the largest consumption of electricity, typically 25-40% of the total power use. In the Danish city of Aarhus, a local water company has managed to transform a wastewater facility from being just a wastewater plant into also functioning as a combined heat and power plant, delivering an energy surplus. The plant produces 90% more energy than it consumes. The excess heat is led into the district heating system in the city, thereby reducing its carbon footprint. This is feasible thanks to advanced process optimization and by using more than 140 variable speed drives from Danfoss as control handles on almost all rotating equipment. Done optimally, this also creates the maximum amount of sludge and carbon. In a digester, it is transformed into gas used for both electricity and heat production.”

“It’s a ground-breaking innovation case that shows what is possible within advanced process control. As far as we know, no other country has managed to get a water treatment plant to actually produce so much additional energy based on normal household wastewater. Scaled up, it means that the huge energy consumption from water and wastewater facilities could be avoided, turning the single largest electricity consumer in municipalities into an energy-neutral party.”, says Ferdie Fortuin, Sales Manager General Industry at Danfoss Drives South Africa.

The vision for Aarhus Water is also to extend energy generation to achieve so much surplus energy from its wastewater treatment plants that it can meet the energy requirement of the city’s total water and wastewater cycles.

The case has attracted attention in cities worldwide. At the beginning of 2015, Aarhus Water signed a cooperation agreement with the water supply company in Chicago (MWRD), which faces the same kind

of challenges and pursues the same goals. With the agreement, they have started to share knowledge about water technologies and climate adaption and energy neutrality, in particular.

If the Aarhus case was replicated on a global scale, the energy saved would be equivalent to the current electricity production from all renewable energy sources combined (excl. hydropower).

Globally, focus on the high energy consumption in the water and wastewater cycles is also increasing and local regulations are starting to further the use of energy-efficient solutions. One example is EU’s Ecodesign Directive. In the US, the Department of Energy is also proposing minimum efficiency regulations for clean water pumps. Regulations like these are necessary to speed up the realization of the enormous potential.

When it comes to water supply and irrigation of farming areas, another huge potential is the reduction of water losses in pipework due to leakage. According to the international consultancy firm McKinsey, 167bn USD is wasted every year due to leakage in cities around the world. The United Nations highlights that leakage rates of 50% are not uncommon in urban distribution systems. However, leakages can typically be reduced by 30-40% using technologies like variable speed drives and sensors, which control the pressure in the pipes to avoid water flooding out of holes. At the same time, the drives typically save 20-50% energy.

“The global water and climate challenges are a difficult code to crack, but the solutions that can meet them are ready and we also see that focus on leakage reduction and energy efficiency is increasing. Last year, we experienced double-digit growth in our water and wastewater business, and the positive trend continues.”, says Ferdie Fortuin – Sales Manager, Danfoss South Africa.

Besides saving water and energy in countries and municipalities, Danfoss is also helping produce drinking water in remote locations like islands, drilling platforms, and cruise ships. Here, Danfoss takes part in turning seawater efficiently into drinking water using advanced high-pressure pumps and energy recovery devices for desalination systems. The Danfoss solutions save up to 50% energy, which is important for the deployment, because at least 70% of the total costs in desalination systems are related to energy use.

Fortuin says: “The World Economic Forum ranked water crisis and failure of climate change adaption among the top 5 global risks and encouraged decision-makers worldwide to take collective action to address them. And there is no reason to wait. Well-proven solutions, which meet the water and climate challenges, are ready and they are paid back fast.”

More examples of case stories from around the world: