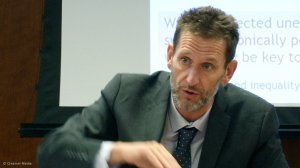 The World Bank expects South Africa's growth to pick up modestly in 2019 to 1.3% on the back of several “promising” policy announcements made by President Cyril Ramaphosa’s administration in 2018. It expects the economy to expand by 1.7% in 2020.

Nevertheless, the bank believes that the country’s growth potential remains trapped at below 2% as a result of several “deep structural constraints”, including inadequate infrastructure and serious human-capital backlogs.

The World Bank lowered its growth projection for 2018 to 0.9% in its twelfth ‘South Africa Economic Update’, released in Johannesburg on Tuesday, describing its earlier 1.4% forecast for 2018 as having been too optimistic.

Progamme leader for equitable growth, finance and institutions Sebastien Dessus said its earlier 2018 forecast placed too large a weighting on the initial rise in business confidence associated with the transition from President Jacob Zuma to Ramaphosa.

The country’s subsequent underperformance highlighted the fact that, while “confidence matters”, it was insufficient on its own to ensure higher levels of investment and growth in a context of the country’s persistent structural problems.

The immediate outlook had been lifted, however, by commitments made to credible policy positions, such as maintaining Budget discipline and inflation targeting.

It had been buoyed further by the actions being taken to address corruption and improve governance at State-owned companies (SoCs), as well as through effort to build consensus for reforms at the Jobs Summit and Investment Conference.

The improved outlook was threatened, though, by less supportive external factors such as the return of the weather-affecting El Nino phenomenon, trade tensions and global monetary tightening.

It could also be undermined by weak liquidity positions at several SoCs, most notably Eskom. The bank’s modelling shows that, should SoC contingent liabilities materialise as real liabilities for government, South Africa’s debt as a percentage of gross domestic product (GDP) would increase by an additional 2%. Debt as a percentage of GDP stands at about 55% currently and is forecast to stabilise at nearly 60% in 2023/24.

The bank was also supportive of government’s Economic Stimulus and Recovery Plan that included the creation of the South Africa Infrastructure Fund, which would seek to mobilise public and nongovernmental resources for economic and social infrastructure projects.

Senior economist Marek Hanusch revealed that the bank was working with government to finalise the fund’s institutional framework.

Improving management systems for government’s R400-billion medium-term infrastructure pipeline had been identified as a key priority, along with finding ways to facilitate the injection of private and development finance into projects with large social benefits.

The bank also made the case, in its latest country report, for reforming tertiary education in South Africa to increase enrollments in post-school education and training to address inequality.

The report warns that recent reforms to the National Student Financial Aid Scheme (NSFAS), will not only prove costly but also unsustainable to the fiscus, which will reduce space for improving quality and expanding admission capacity.

“The new scheme is progressive in reducing relative income inequality . . . but still allocated three-fifths of total funds to non-poor students, as most academically eligible students belong to the non-poor ‘missing middle’,” Dessus said.

The bank recommends that NSFAS grants be converted to income-contingent loans, which cover students against individual risks, but also ensures financial sustainability.

“International experience shows that income-contingent loans tend to have higher repayment rates and are more equitable since graduates pay a fixed portion of their income, but are exempted from repaying if they are unemployed of if their income is below a predetermined ceiling.”

Grants could be confined to highly vulnerable and under-privileged students, the bank argued.