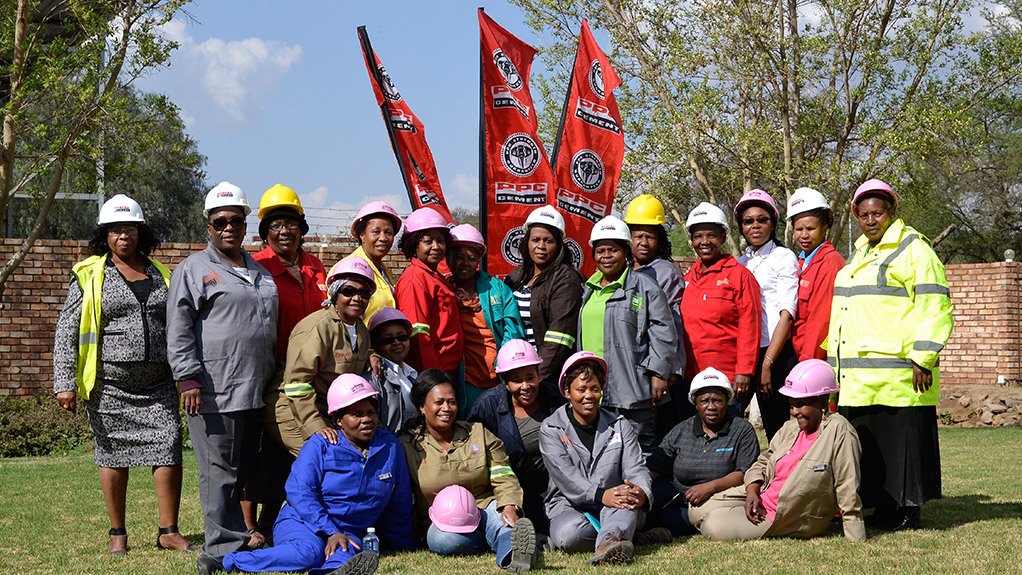 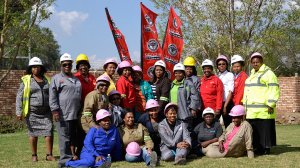 Women’s representative organisation South African Women in Construc-tion (Sawic) visited cement manu- facturer PPC’s Hercules plant, in Pretoria, on September 3 for a tour and presentation on the basics of cement.

The tour was arranged by PPC as part of its social economic responsibility and women’s month activities.

Following a brick-making demonstration and tour of the PPC plant, members of Sawic were presented with information packages from PPC.

The plant tour provided detailed descriptions of the extensive laboratory tests performed on the raw materials of cement, how the various components are processed and batched as well as what goes into different grades of cement.

PPC plant GM Bheki Mthembu notes that PPC’s Hercules plant was one of the first and largest cement manufacturing plants established in South Africa. He adds that the cement produced at this plant has been used in the construction of most of South Africa’s iconic landmarks, including the Union Buildings, in Pretoria, the Gariep dam, in the Free State, the Van Stadens bridge, in the Eastern Cape, Gautrain infrastructure in Gauteng, power utility Eskom’s Medupi and Kusile power stations and several soccer stadiums throughout the country.

Mthembu also states that PPC has, in recent years, invested in sites throughout Africa, including Zimbabwe, Botswana, Rwanda and Ethiopia, as well as in the current construction of another cement factory in the Democratic Republic of Congo.

Sawic is represented by a chapter in every province, with current membership of the Gauteng chapter standing at more than 150 members. Members operate their own construction companies.

Kwinana also notes that Sawic’s intention is to empower women not only in South Africa but also beyond the borders of South Africa to build sustainable economies in the rest of Africa as well. “South Africa is a gateway into Africa with the most stable political status of all African countries,” she says.

“Sixty per cent to 70% of construction costs per project is allocated to materials, and women are not players in this space. Thus, we require more representation by women in the construction materials manufacturing and supply sector,” she concludes.