With a 2024 delivery target, preparatory work begins on next Lesotho Highlands phase 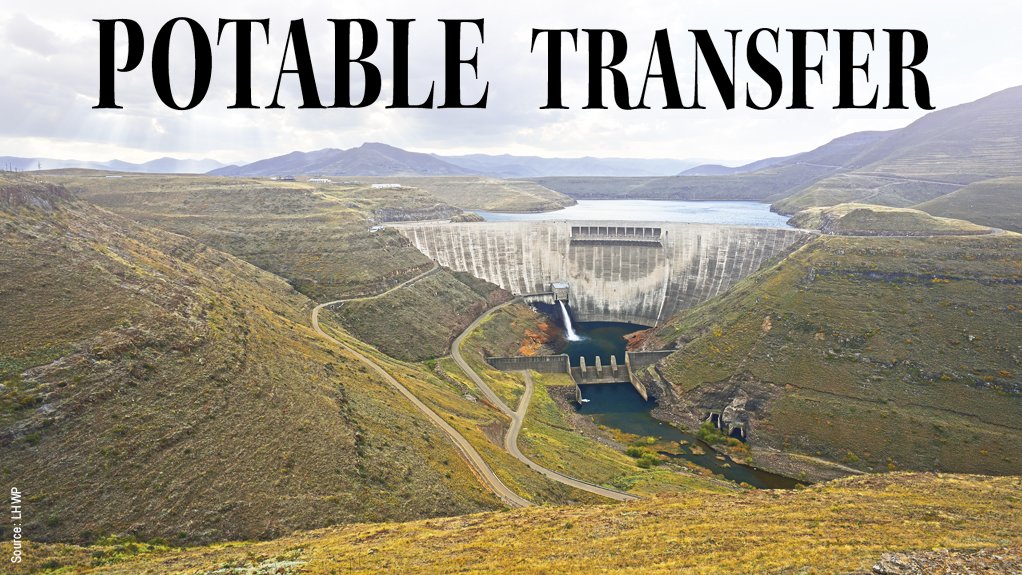 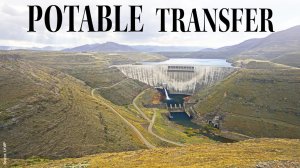 The Lesotho Highlands Water Project (LHWP) Phase II, which comprises a water transfer system from Lesotho to South Africa and a hydropower generation scheme to improve Lesotho’s electricity security, is expected to deliver first water in late 2024, increasing the amount of water supplied to South Africa from 780-million cubic metres to about 1.27-billion cubic metres.

“It is envisaged that all the project components, including the Polihali dam, the Polihali–Katse transfer tunnel and infrastructure programmes, will be complete by December 2024,” says Trans-Caledon Tunnel Authority (TCTA) project finance and treasury executive manager Nhlanhla Nkabinde, adding that water impounding at the Polihali dam will start in early 2023 to ensure sufficient water has been stored to meet the scheduled delivery date.

He highlights that, since delivery from the water scheme started in 1996, the LHWP has never underdelivered on the monthly agreed volumes.

LHWP implementing body Lesotho Highlands Development Authority (LHDA) CE Refiloe Tlali tells Engineering News that the estimated R22.9-billion water delivery aspect is for securing consultants and contractors for the water component and related aspects – a process that started last year and is expected to continue into next year.

“To date, the procurement has focused primarily on securing consultants to design and supervise the construction of the advance infrastructure works, such as roads, bridges, housing and telecommunications, as well as environmental- and social-impact assessments and resettlement action plans,” she explains.

Tenders for the construction of the various advance infrastructure components will be advertised once all the designs have been completed.

Tlali points out that procuring consultants for the main works of the 2 322-million-cubic-metre Polihali dam and the 38.2-km-long Polihali–Katse tunnel includes a prequalification process that is under way and entails the LHDA inviting consultants from a shortlist to bid for the project. The main works are expected to start in 2018.

The LHDA has awarded five contracts to date for different elements of the advance infrastructure works aspect of the project.

To achieve this, Maleka, Ntshihlele, Putsoa JV was required to construct 1 300 beacons to mark the perimeter of the reservoir, which was completed ahead of the 12-month deadline.

“The demarcation of the reservoir area is critical for the acquisition of land, as well as the resettlement and compensation of people in the catchment area, whose homes and livelihoods will be affected by the construction of the dam. It is also essential for the planning of the Phase II activities,” Tlali asserts.

SMEC-FMA JV was awarded the contract for the professional services for the design and construction supervision of the Polihali North East access road. This contract, which is at “an advanced stage”, entails upgrading and widening the existing road to a gravel road suitable for construction vehicles to move safely during the mobilisation of the main works contractors.

Jeffares & Green, in association with Lesotho-based GWC Consulting Engineers, was awarded the contract to undertake the supervision of the geotechnical investigations for the Polihali dam and the Polihali–Katse water transfer tunnel. The professional services for the evaluation, optimisation and site supervision of geotechnical investigations contract requires that the contractors oversee the work carried out by Diabor.

Diabor was awarded the contract entailing the geotechnical investigations for the Polihal dam and transfer tunnel, which requires confirmation of the geological conditions and identification of any anomalies in the dam foundations and along the tunnel alignment. “This information will inform the design of the dam and tunnel, and will also identify the suitability, quality and quantity of concrete aggregate found at all investigated quarries,” Tlali highlights.

She adds that finding suitable construction materials close to the dam and tunnel sites will significantly improve cost management during the project.

“Investigations will take place in stages and entail gathering geotechnical information, such as seismic refraction surveys, core drilling and logging of the cores retrieved from the boreholes, extracting and testing samples of rock, sampling the sand in the area and establishing that the material at the quarry sites is suitable for use in the making of concrete,” explains Jeffares & Green director Jan Norris.

She notes that the first stage of the investigation started early last month and is expected to be complete by July. The second stage will start following the appointment of an engineering consultant for the Polihali dam design.

This contract forms part of the advance infrastructure works that must be completed to facilitate the construction of the main works – the Polihali dam and transfer tunnel. The project housing works comprise accommodation facilities for the staff and workforce, site offices, workshops and plant yards, besides others.

“Polihali Infrastructure Consultants started its contract by conducting an information- gathering visit to Mohale, Katse and Polihali early in September 2015,” notes Tlali, adding that the contract should be concluded towards the end of 2021.

Delivery Concern
In an interview with Creamer Media’s Mining Weekly in December, former Department of Water Affairs director-general during Phase IA and Phase IB of the LHWP Mike Muller voiced his concerns over delays by South African Cabinet Ministers responsible for approving Phase II of the LHWP.

He highlighted that the original 2020 water delivery date had been delayed to 2024, which could result in a water shortage in Gauteng and the surrounding provinces.

If a decision on long-term water supply was not taken soon, Gauteng and the surrounding areas “could find themselves in a crisis”, Muller asserted.

“We know that, from about 2018 to 2020, the capacity of the Vaal system to provide water – should there be a serious drought like we’re having now – will be insufficient . . . we need to take some measures to deal with that, but some of [them] . . . are going to take time.”

Muller further said: “We need to get moving, otherwise what we save by delaying we will lose many times over when we actually deal with real water shortages.”

Tlali says: “The commencement of Phase II was deferred by two years, owing to the delay in the signing and ratification of the agreement by the governments of Lesotho and South Africa. As a result, timelines proposed in feasibility studies were not met.”

She adds that the delayed signing of the agreement and other factors, such as the pre-qualification for the dam and tunnel, have impacted on the water delivery date, which was originally scheduled for 2020 and is now delayed by almost five years.

She adds that further delays could occur during project delivery because of factors such as adverse weather, which is not uncommon during large-scale infrastructure projects.

“Binational, multidisciplinary projects, such as the LHWP, are complex and require rigorous adherence to timeframes; the LHDA is implementing measures to mitigate delays,” Tlali states.

Muller conceded that the Lesotho project’s process was “complicated, delicate and nuanced”, as it involved two governments, a treaty, an estimated R10-billion capital cost, the LHDA running the procurement process and South Africa’s TCTA providing the funding at a time of significant financial stringency.

Tlali points out that Phase I of the LHWP ranks among the world’s most successful cross-border collaboration schemes between two sovereign states and Phase II will build on that success.

Funding Arrangements
Nkabinde explains that, in terms of the 1986 treaty, South Africa is responsible for funding the water transfer aspect of the LHWP, and Phase II includes the Polihali dam, the Polihali–Katse transfer tunnel and related works.

The South African government has mandated the TCTA to raise the necessary funding for the duration of the project. “The 1986 treaty and the Phase II agreement envisage that the LHDA may also raise funding where it is advantageous to do so, and the LHDA will submit a funding strategy to the [Lesotho Highlands Water Commission], in consultation with the TCTA,” he notes.

The current R22.9-billion cost estimate at the date of project completion in 2024 includes costs of consultancy, construction, administration and social development, as well as escalation, owing to variations in the exchange rate between foreign currencies and the local currency, and inflation, as well as a contingency amount to allow for unforeseen events.

Nkabinde says that the TCTA will secure funding for the project using a combination of internally generated funds, such as water sold from the Vaal river system; local and foreign sources in the form of bank loans; and capital market funding, such as bonds with liquidity support being provided by commercial paper and credit facilities.