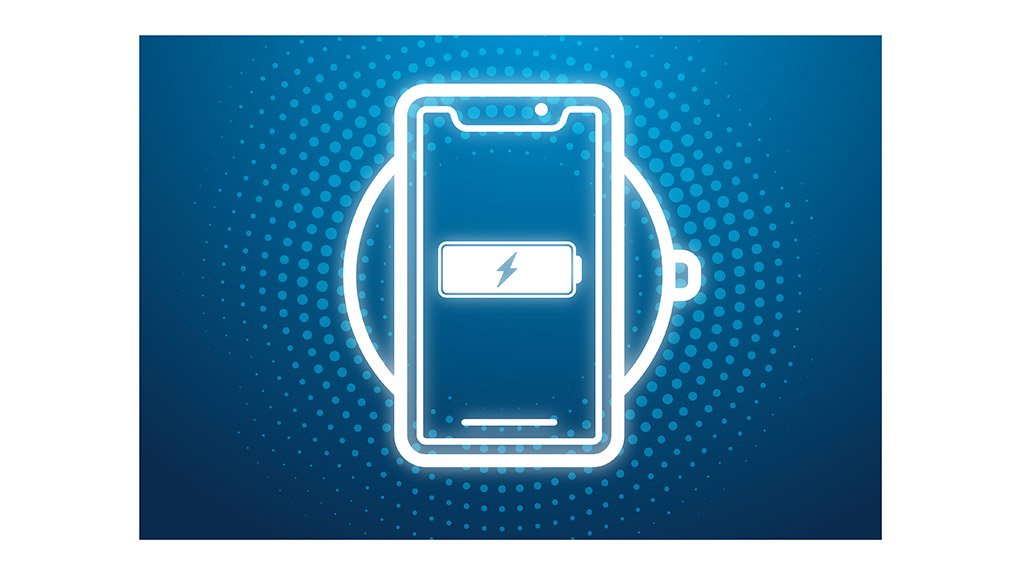 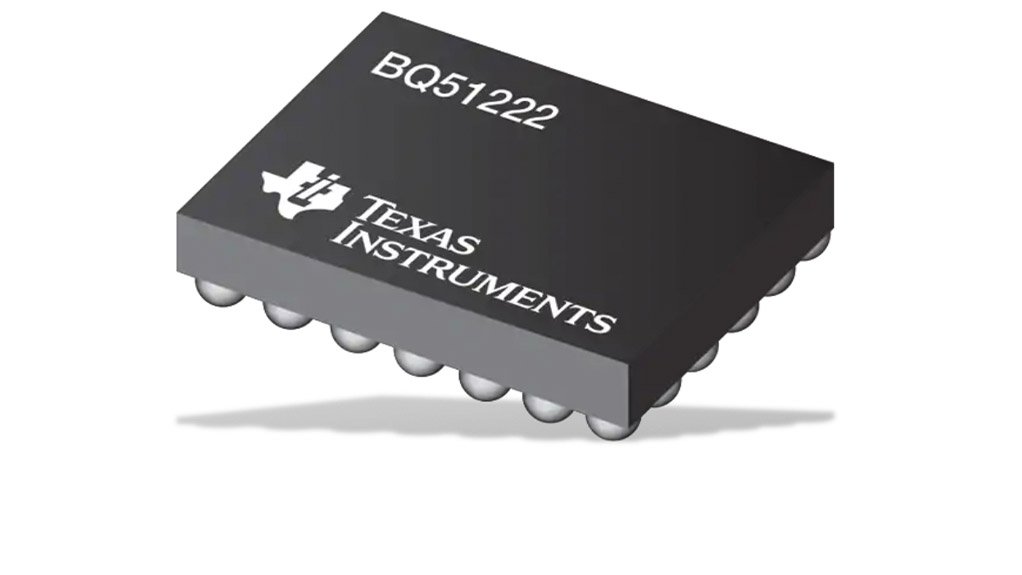 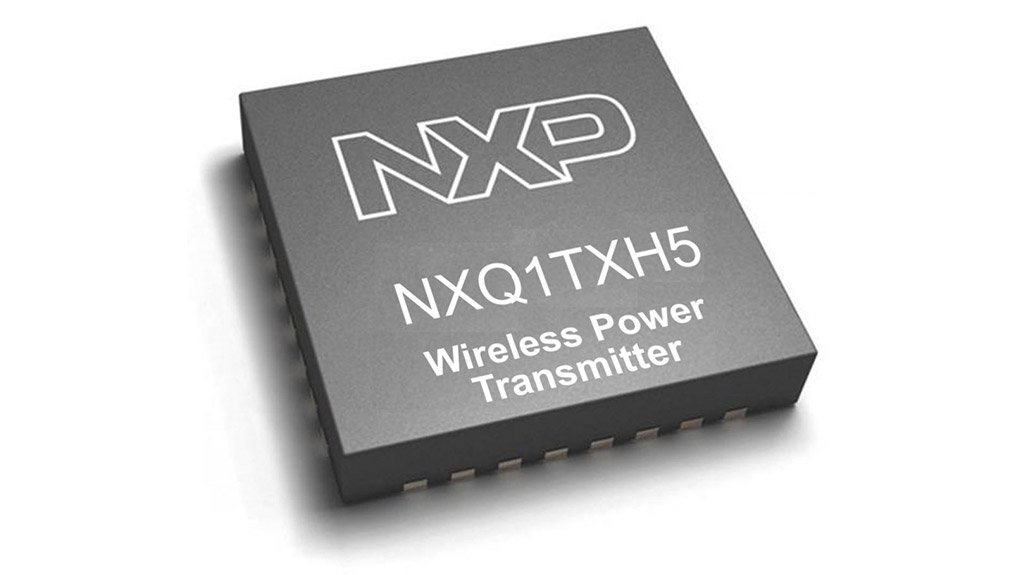 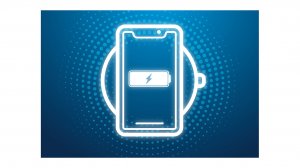 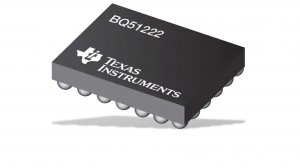 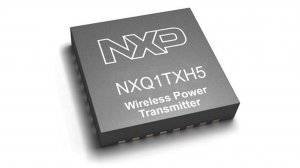 So, why isn't every consumer device charged wirelessly? Charging cables and power leads have always proved to be a nuisance, and are something that the industry could quite easily eliminate. Well, there are now moves underway to do this. Many of the latest smartphone handsets are shipping with wireless charging capabilities, and various new car models can charge such items. Coffee shops around the world have tested out the technology, and there are many evaluation platforms - for all sorts of different wirelessly-based charging systems.

Based on all this, what is holding up the widespread use of wireless charging? The main challenge is competing standards. The Qi specification from the Wireless Power Consortium (WPC) and the various specifications that make up the AirFuel Alliance have been at loggerheads over the years with different technologies, making it hard for equipment makers to be confident that consumers can easily charge their smartphones, smartwatches, tablets or laptops wherever they are.

There have also been some engineering challenges to factor in too. Qi systems require the charging coils on the transmitter and receiver to be a few millimetres apart and reasonably well aligned to get the fastest charging. This is something that doesn't just happen when a user puts their phone handset down on a table to charge.

The unit being charged and the underlying charger also have to communicate, and there are many different ways for this to happen. There are various fundamental techniques involved too - from inductive and capacitive charging to magnetic resonance. Each will have its particular engineering trade-offs. At the same time, users also want faster charging, which means higher power, and this can create safety issues for wireless topologies, as metal getting in the way can heat up and cause injuries. It is essential not to forget, that in addition to all of these considerations, equipment makers want the lowest overall cost.

Set up in 2008, the WPC is an open, collaborative standards development group of more than 600 member companies from around the globe (although it should be noted that many companies are involved with both competing organisations in the wireless charging domain). It launched the Qi standard (pronounced ‘chee') soon after, so this has been the most well-established technology for smartphones and other portable mobile devices powered at 5W to 15W. To a certain extent though this has held the standard back as any innovation must be backwards compatible with systems designed a decade ago.

Qi uses a low frequency closely coupled inductive charging mechanism - which represents the lowest cost approach. However, the WPC has also branched out with a cordless kitchen standard, for domestic appliances (covering 200W to 2.2kW), and a medium power standard, for power tools, robotic vacuum cleaners, e-bikes and other battery-powered devices (at 30W to 65W). Both of these are still under development and use different technologies to avoid the backward compatibility challenge.

The Qi standard uses low frequency (112kHz to 250kHz), low data rate in-band communication. This limits the charging separation to 3mm to 5mm and has a clear impact on placement flexibility.  With in-band communications, the data being sent is typically piggy-backed on the wireless power transmission. The trouble is that this is uni-directional from the receiver to the transmitter, without feedback from the transmitter to the receiver, and only works when a single receiver is associated with a single transmitter. There are ways around this, by using multiple separate coils or an array and different communication protocols - but these suffer from problems with backwards compatibility, as well as higher cost. There are many single chip Qi controllers in production, from suppliers such as Texas Instruments and NXP, that are helping to drive down costs of simple wireless connections.

The merger of Alliance for Wireless Power (A4WP) and Power Matters Alliance (PMA) in 2015 to create the AirFuel Alliance managed to consolidate two rival technologies - namely capacitive and resonant charging. It thereby reduced the fragmentation of the wireless charging sector. AirFuel uses a loosely coupled approach, with a higher frequency of 6.78MHz plus backscatter communication between the coils. This combination allows multiple devices to charge from a single transmit coil at the same time, with flexible orientation and distances up to around 5cm supported - significantly further than Qi.

With a backscatter approach, the transmitter is able to determine changes in load within the transmitting coil that have been induced by alterations to the load found on the receiving coil. By encoding data within the load modulations on the receiver coil, the receiver is able to pass a signal to the transmitter. The transmitter can then use demodulator to get access to data provided by the receiver. Longer distance, easier placement and backscatter communication allow the transmitter coil to be embedded below the surface of a piece of furniture, thus making the wireless charging more straightforward for the user and enabling smoother integration of the technology by the service provider too. The loosely coupled approach also allows higher power (over 50W) for faster charging but is more complicated to implement than the tightly coupled topology.

A key part of the AirFuel standards is out-of-band communications. This enables constant communication to be established (and then maintained) between the wireless power transmitter and its accompanying receiver. Supplementary information can be passed between the respective transmitter and receiver elements - relating to the device’s specific charging capabilities (so that the fastest possible charging rate can be made use of), as well as authentication, etc. This is possible as the out-of-band communication scheme is independent of the power transmission. There are various RF communications protocols that can be used for this - from Bluetooth Low Energy (BLE) to Zigbee. AirFuel recommends using BLE (at 2.4GHz) as it can simultaneously accommodate multiple receivers for a given transmitter. It also supports devices with multiple power level needs, as well as increased spatial freedom and distance, authentication security, low power consumption, plus many other user-friendly features for the next generation of devices across the Internet of Things (IoT).

However, the WPC is not letting AirFuel have it all its own way. The latest Qi transmitter specification, called MP-A16, now enables through-surface charging. This means that almost any surface to become a wireless charger and allows the hardware to more easily be retrofitted beneath existing tables, counters and other locations. It consists of a transmitter coil installed below a surface and a repeater coil that is installed on top, along with interfaces to the receiver. By using a repeater that directs the magnetic flux created via the transmitter coil, installation under surfaces ranging from 10mm to 30mm thick can be accomplished.

The WPC's prior experience in charging network implementation showed that the need to drill through surfaces has been a significant hurdle for the proliferation of public charging infrastructure. Venue owners have been reluctant to allow such non-reversible, inconvenient and messy procedures to take place. Transmitters based on the new MP-A16 will overcome this issue, allowing for less painless installation of wireless chargers by attaching the transmitter below the table, and placing a repeater sticker on the top.

The WPC is also taking the charging outside. Outdoor wireless charging is particularly challenging because the conditions it must be able to endure can fluctuate wildly between seasons - going from extreme heat to extreme cold, as well as bright sun and harsh rain, hail, snow etc. Rather than the 5V indoor supply, this has to include 12V or 24V input power. Waterproofing encapsulation techniques are also essential to ensure moisture will never penetrate the charger and keep the charging equipment technology, the item being charged and, most importantly of all, the user safe.

Outdoor installations are already underway around the world - such as in the Czech Republic, where a surface-mounted Qi-certified wireless charger has been integrated into a solar park bench. The WPC expects the frequency with which such deployments are made to accelerate, as more and more consumers replace their older phones with newer models that come equipped with Qi charging capabilities.

There are now several compelling options for developers of wireless charging systems to choose from. So far, however, chip makers have been forced to develop devices that can handle all the different protocols. The TS80000 from Semtech, for example, is a transmitter capable of dealing with power outputs up to 40W and supports Qi, AirFuel and certain proprietary protocols too. It can be configured to drive single or multi-coil applications (in half and full-bridge systems), the decoding of packets from the secondary side device and adjusting the control accordingly. An integrated PID filter provides the necessary compensation for the loop for high precision control of the duty cycle, frequency, and/or the bridge voltage.

As far as we can see, the two standards groups show no sign of converging. Each is developing very similar standards, but coming from different directions. Semiconductor manufacturers, however, need to be able to hedge their bets. Consequently, they are combining the protocols in programmable chips to give system developers maximum flexibility.