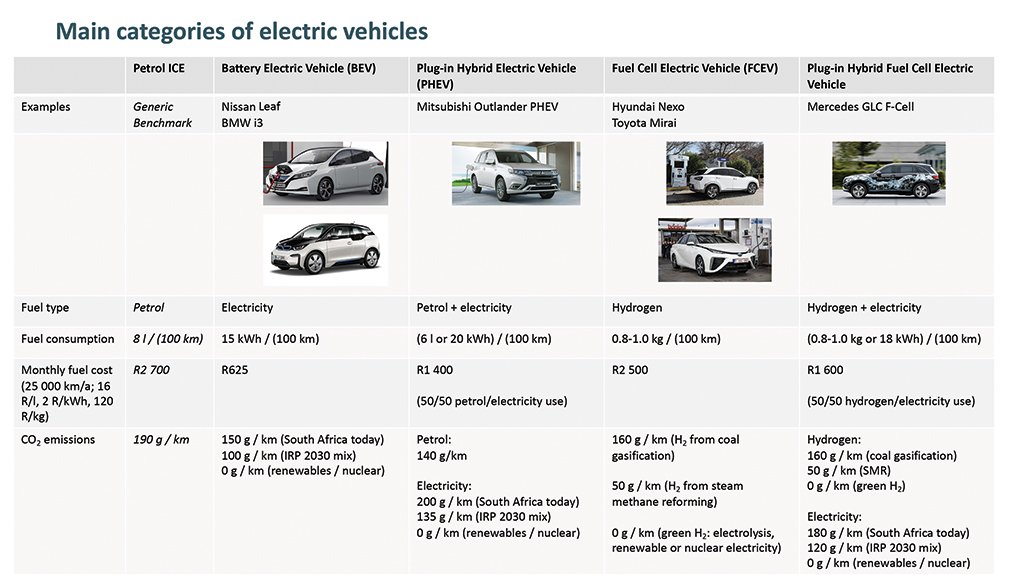 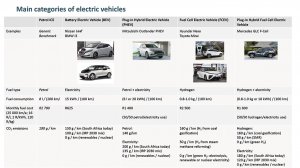 The Automotive Production and Development Programme, which incentivises the assembly of ICEs locally, remains the centrepiece of government’s industrial policy. The country’s transport strategy is equally supportive of the nation’s 12-million ICE fleet. Fiscally, meanwhile, fuel taxes remain an important revenue stream (over R60-billion in 2017/18) and make up more than 40% of the final pump price.

Any large-scale deployment of electric vehicles (EVs) is, thus, perceived as being as much as a threat as an opportunity – a perception reflected in the prevailing 25% import duty on such vehicles.

Why, then, should South Africa champion EVs? There are two fundamental reasons that make EVs particularly attractive for South Africa.

First, the National Treasury view: South Africa imports the bulk of its liquid fuel demand from abroad, and has to pay for it in US dollar terms. In 2018, South Africa imported oil and oil products worth R184-billion, at an average price of roughly $0.50/ℓ.

If we assume an ICE passenger car with a fuel economy of 8 ℓ/100 km and an annual mileage of 25 000 km, the current yearly foreign exchange outflow for this vehicle is about $1 000. Since the ‘fuel’ for battery electric vehicles (BEVs) is always domestic, whether the charging electricity comes from coal, nuclear or renewables, replacing one-million ICEs with BEVs would improve the trade balance by $1-billion. Naturally, fuel-tax revenues would be forgone, but the net economic benefit would more than offset the fall in internal revenue. In simple terms, importing liquid fuels in order to preserve the fuel levy would be like trying to get rich on eBucks by spending lots of money with one’s credit card.

Second, the individual user view: A high-level comparison of the total cost of ownership of a midrange BEV against that of a comparable ICE shows that it is already today cheaper to own a BEV than a petrol or diesel car, owing to lower fuel and maintenance costs. Assuming a BEV cost of R400 000 against R300 000 for an ICE, the resulting yearly instalments will be R65 000 for the BEV and R49 000 for the ICE, at an annual interest rate of 10% over ten years. If both vehicles travel 25 000 km yearly, the BEV’s annual fuel bill will be R7 500, assuming an electricity tariff of R2/kWh and a fuel consumption of 15 kWh/100 km. The ICE’s annual fuel bill on the other hand will be R32 000, assuming a petrol price of R16/ℓ and a fuel economy of 8 ℓ/100 km. With fewer moving parts, lower wear and tear and longer maintenance intervals, the BEV’s yearly maintenance cost can be assumed to be lower, at R5 000, than the R10 000 for an ICE. If both cars are assumed to have yearly insurance and licence costs of R10 000, the analysis points to a total cost of ownership of R87 500 a year for the BEV, or R3.50/km, against R101 000, or R4.04/km, for the ICE.

Daily commuting in Gauteng, for example, with its relatively long, but not too long distances is ideally suited for BEVs. Most car drivers in European cities have to park on the street, with changing location every day. A resulting huge impediment for BEV uptake in many European cities is the resulting necessity for public charging infrastructure. This is not the case in South Africa. Car owners, generally, have a dedicated parking spot for their vehicle at home, where they can park and slow-charge at night on a normal household electricity socket.

Given the novelty of EVs, South African motorists are initially likely to experience a degree of ‘range anxiety’, even though the 200 km range of most BEVs surpasses the average daily commute in a province such as Gauteng. Therefore, motorists may initially seek the psychological reassurance provided by a plug-in hybrid EV (PHEV), which would still lower their operating costs, but while offering the vehicle owner the comfort of knowing that a trip to the Kruger National Park requires no additional planning. The more well-heeled consumer could even opt for the fuel-cell EV (FCEV), fuelled with hydrogen rather than electricity, or even a plug-in hybrid fuel-cell EV, assuming hydrogen fuel stations would be deployed in the not-too-distant future.

From a power system perspective, even a large fleet of one-million BEVs will not dramatically move the electricity demand needle: 3 TWh/y, or less than 2% more than today’s 220 TWh/y. It will still be a useful additional revenue source for State-owned power utility Eskom though, especially because charging would happen mostly at night at low marginal cost of production for Eskom.

There is also potential to align South Africa’s evolving taxi-scrapping allowance with a shift from ICE minibus taxis to PHEVs, BEVs and, eventually, even FCEVs. This could be achieved by providing an incentive to convert to BEV/PHEV in the form of an investment subsidy. In return, the taxi owner should be obligated to reduce the transport fare by passing through at least 50% of the fuel savings (fuel cost for BEVs are 75% lower than for ICEs) to the customer. The outcome would be a win-win-win: taxi owners win through lower operational costs and taxi users through lower fares, while the country’s trade balance wins through lower fuel imports.

The EV opportunity for South Africa is clear. The threat for the country’s industry lies in failing to grasp the significance of the global EV revolution. If South Africa’s automotive and industrial policy does not start adapting to the electric mobility transition, the country could find itself producing ICE cars for which there is less and less global demand. Policymakers should, hence, embrace an integrated approach that cuts across the energy, trade, industrial, transport, and fiscal policy spectrum.