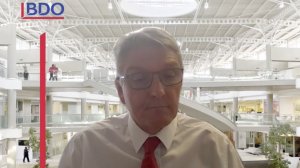 According to the company, the BDO Tipoffs app has been purposefully designed to be simple to use. It is available for download on the Apple App Store, Google Play Store and The Huawei Gallery App Store as a free download.

BDO forensics head Annemari Krugel says anyone with a smartphone can now blow the whistle on corruption anonymously pertaining to their employer organisations if they have subscribed to the BDO service.

“We have recognised a need to offer support beyond compliance. As a leading auditing and advisory firm, we must be at the forefront of the fight against wrongdoing in this country. If your organisation is a BDO Tipoffs client, they can join this fight,” she adds.

Users of the app can upload photographs, documents, video files, locations and other forms of evidence without fear of identification, with no personal information captured during the registration process.

As such, BDO says anonymous communication can take place through a simple report or a two-way conversation with a trained, independent moderator who can help the reporter submit their disclosures.

Krugel says individuals are encouraged to report all forms of abuse and corruption, including discrimination, cheating, plagiarism and sexual harassment once their organisations are part of BDO Tipoffs.

Once a report has been loaded by the user, they will receive an automated response confirming the receipt of the report and will receive information as the case progresses.

Reiterating the anonymity aspects of the app, BDO points out that the Protected Disclosures Act states that employees who disclose information of corrupt or unlawful conduct by their employers or fellow employees are protected from occupational detriment.

BDO also points out that anonymous tipoffs have proven to work across the globe in the fight against corruption.

In South Africa, the company states, corruption activists are steadily gaining confidence in speaking up against wrongdoing as the country’s public and private sectors come under increased public scrutiny.

Further, BDO highlights that a 2014 Report to the Nations of the Association of Certified Fraud Examiners, shows that, where there is a hotline in place, organisational fraud is 41% less costly and is detected 50% faster.

These factors are the motivation for launching BDO Tipoffs, which is powered by Expoeit – another mobile app to place the power of speaking up in the hands of all South Africans whilst the report is done anonymously.

“We want South Africans and citizens of other countries resident in our country to appreciate that they can report all wrongdoings with impunity. BDO Tipoffs will make inroads in the fight against crime, corruption and ill-behaviour across South Africa,” she concludes.