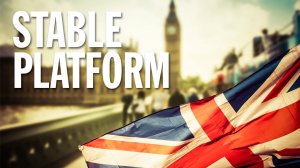 With effect from January 1 this year, the UK left the European Union (EU). But that day also inaugurated the start of a transition period, during which the UK remained part of the EU customs union and single market. That transition period ends on December 31 and thereafter the UK is free to implement its own trade deals with countries and blocs around the world.

The country has already negotiated a number of trade continuation agreements (TCAs), economic partnership agreements (EPAs) and free trade agreements (FTAs) and is busy negotiating more. Over the past two years, the UK has signed, or agreed in principle, trade agreements with 52 countries. The most notable FTA so far signed is the Comprehensive Economic Partnership Agreement concluded with Japan last month. And London announced earlier this month that all eligible developing countries that had not yet concluded a TCA or FTA with Britain would continue to enjoy zero or reduced tariffs on their exports to the UK after December 31. No fewer than 47 of the world’s poorest countries would face no tariffs at all on their exports to Britain.

“We will champion free trade internationally, working with our partners to help transform people’s lives around the world and our common future. For both developed and developing countries, ensuring global supply chains remain resilient through this [Covid-19 pandemic] crisis continues to be a priority, and will be an important part of our long-term economic recovery post-Covid-19.”

The agreement with SACU+M was one of the earliest that Britain negotiated with its international trading partners, being concluded more than a year ago. “I was delighted that we were able to conclude agreement on the UK-SACU+M EPA in October 2019,” he enthuses.

“It was the result of fantastic joint effort by all involved and testament to what we can achieve together. The objective from the outset of the negotiating process was to replicate the effects of the current EU-Southern African Development Community EPA.”

The total value came to just over R68-billion. British exports to South Africa in 2019 had a total value of just under R42.5-billion, giving South Africa a bilateral trade surplus of slightly more than R25.5-billion.

Under the UK-SACU+M EPA, Botswana, eSwatini, Lesotho, Mozambique and Namibia will have tariff- and quota-free access to the UK market for all their products.

In the other direction, Botswana, eSwatini, Lesotho and Namibia will allow tariff- and quota-free access to their markets for 85% of British exports, with another 13% of UK exports being subject to reduced tariffs or tariff-free quotas.

South Africa has had some disagreements in the past with EU phytosanitary rules (most famously, regarding citrus fruit, especially oranges). From January 1, the UK will no longer be bound by EU phytosanitary rules. “The UK remains committed to maintaining high standards and doing away with unnecessary trade barriers,” explains Casey.

“Our phytosanitary imports regime will continue to be risk-based but will be tailored specifically to the needs of the UK rather than the EU. Requirements will largely remain as they are now, though there will be some technical changes to our phytosanitary import controls after the transition period ends. Exporters in South Africa will be kept well informed of any changes that may affect their businesses. In the same spirit, we would hope that South Africa will ensure that its own sanitary and phytosanitary import controls will be effectively and consistently applied to goods coming from the UK.”

Phytosanitary rules are important because the UK is a major importer of fresh produce. Because the country’s climate limits the range of fruit and vegetables that can be grown in Britain, some 66% of the fresh produce consumed in the country is imported.

Currently, half these imports come from other European countries and half from countries outside Europe – or, to phrase it differently, countries outside Europe account for 33% of the UK’s fresh produce supply. According to the “Statista” website, in 2019, British imports of fresh, frozen, and prepared (excluding crystallised) fruit, vegetables, nuts (excluding groundnuts), vegetable and fruit juices (excluding wine, fruit puree and paste, jams, marmalades, and nut paste and puree) came to a total value of £11.5-billion.

But the agriculture and agri-processing sectors are not the only ones in which there could be opportunities to expand South African exports, after January 1.

“The UK-SACU+M EPA provides a great platform for strengthening cooperation in areas of mutual benefit,” he highlights. “As the end of the transition period approaches, we need to focus first on making sure the EPA is successfully implemented. But once we’ve done that, the agreement has built-in mechanisms for considering ways in which it might be improved on, to raise mutual ambition further. And, of course, there are numerous opportunities to grow and diversify this relationship, through investment in sectors like infrastructure (including mining), energy, renewable energy, agri-tech, financial and professional services, green economy, and defence and security.”

The UK itself regards its departure from the EU as an opportunity to strengthen and reinvest in partnerships with particularly fast-growing and dynamic African economies. The British government made this clear at the January 2020 Africa Investment Summit, held in London. South Africa is explicitly one of the countries that the UK wishes to strengthen trade and investment relationships with. South Africa’s desire to attract foreign investment made this an “opportune moment” to reinforce both investments and investment protections as well as boost trade in fast-growing sectors. For British investors willing to take advantage of them, South Africa offered “significant opportunities”, and, likewise, so did the UK for South African investors.

“I have no doubt that both sides will want to make the most of this agreement to build trade between South Africa and the UK,” he observes. “We will be working hard to make sure those opportunities are realised in the years to come.”

The Rest of the World

The UK is currently negotiating trade deals or engaged in preliminary discussions with at least 18 countries and blocs. In Africa, these include Algeria, Cameroon, Egypt and Ghana. Elsewhere, they also include Australia, Canada, New Zealand and the US. With Canada, Britain is negotiating a TCA. With Australia, New Zealand and the US, it is negotiating FTAs. It will soon start the third round of negotiations with Australia, while it recently concluded both its second round of talks with New Zealand (the third round is scheduled for January) and its fifth round with the US (where President Donald Trump will remain in office until midday, US Eastern Standard Time, on January 20, although the term of the current Congress will end on January 3; under the US Constitution, all treaties, including FTAs, must be approved by the US Senate).

And of course the UK is also still negotiating an FTA with the EU itself. “Our goal is still to agree an FTA with the EU, though we will not do so at any cost,” explains Casey. “The EPA we have concluded will protect trade flows between the UK and South Africa regardless of the outcome of those discussions. The agreement also contains specific provisions that mean that, in all scenarios, UK and SACU+M businesses whose supply and value chains flow across the EU can continue to make use of EU inputs to qualify for preferences under the EPA; something very important to manufacturing businesses in both the UK and South Africa.”