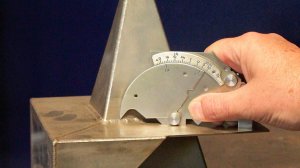 SAIW president Morris Maroga says one of the biggest challenges facing the local industry is the importing of skilled welders from Asia and other countries for major projects.”We need to urgently raise the skill levels locally to obviate the need for skills importation,” he says.

“We are not training as many young people as we should in the basic welding disciplines and, at the higher levels, the country is lacking in trained personnel, especially engineers. At one stage, Germany was training 500 to 2 000 welding engineers a year and here we train fewer than ten a year, if we’re lucky,” explains Maroga.

The SAIW aims to mitigate these challenges by stepping up the promotion of its training services while also encouraging university graduates to pursue careers in welding at the highest levels.

Maroga notes that, instead of importing low-skilled welders from abroad, we could use local skills, mainly from urban areas, who could be trained in large numbers. He explains that South Africa’s rural areas also represent an opportunity to train potential welders but people living in rural areas are unfortunately not as aware as their urban counterparts of the opportunities to pursue a career in welding.

The SAIW continues to make a concerted effort to reach people in the rural areas and, going forward, it hopes to deepen its partnership with the local welding industry to spread training programmes across the entire country.

“To continue our quest to assist in the alleviation of the skills shortage in South Africa, we want to work closely with our industry and related industries to market and promote the range of opportunities for a career in welding to the young people of South Africa,” says Maroga.

He notes that, for young locals, achieving certification in a welding discipline guarantees a job in the industry in this country. “Even at these low levels of economic activity, there are always job opportunities in the welding industry, as the need for skills is massive and ubiquitous.”