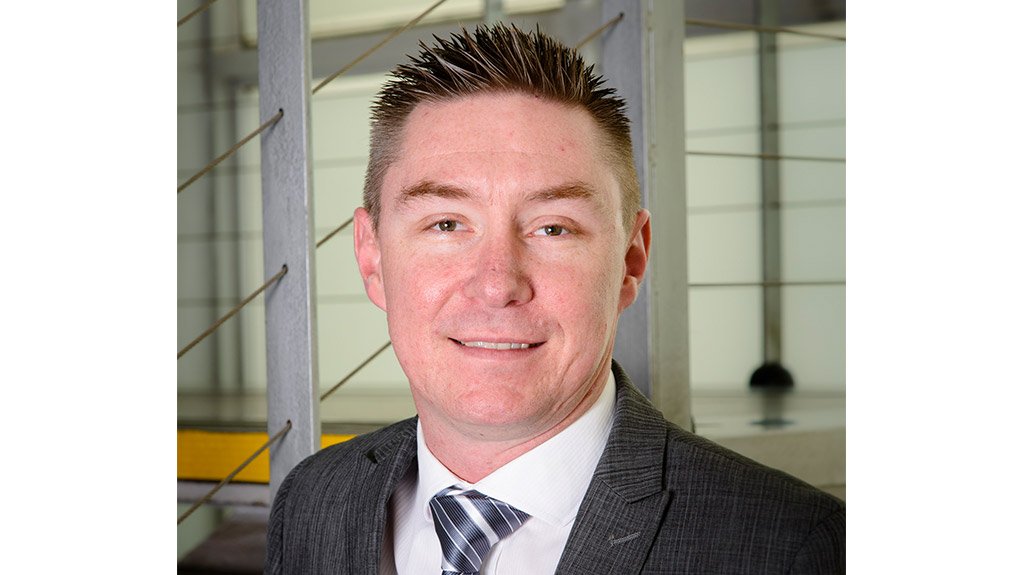 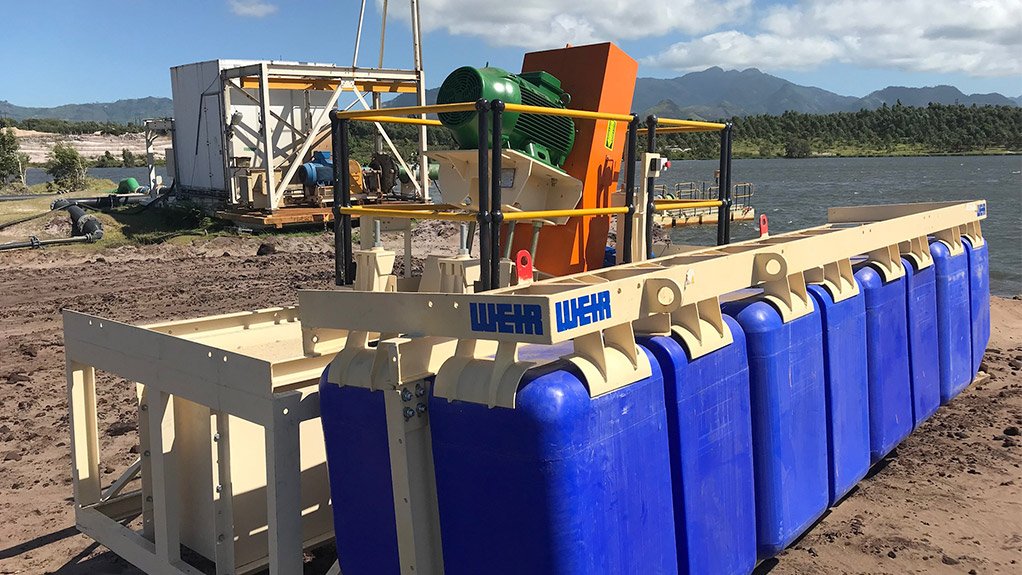 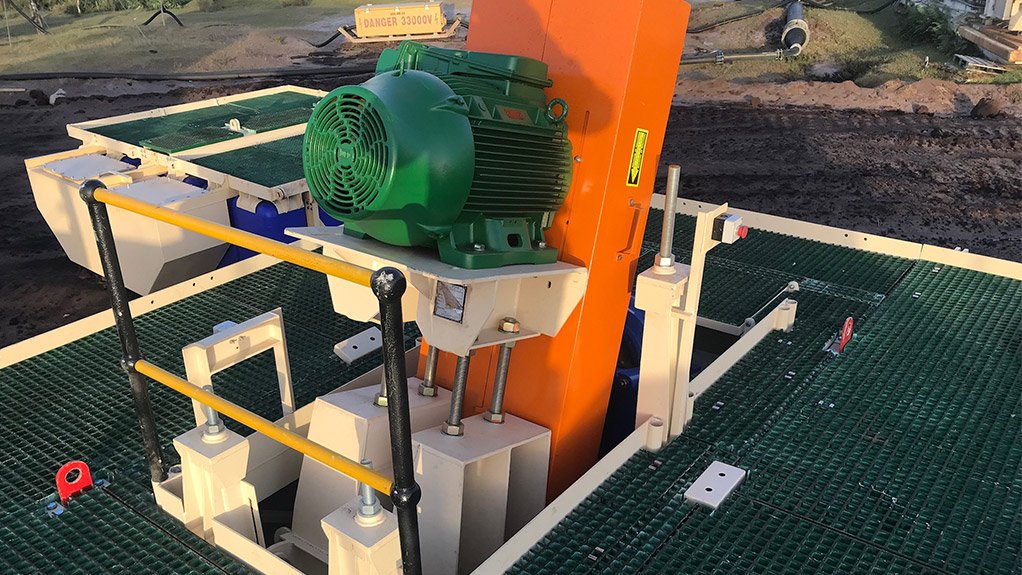 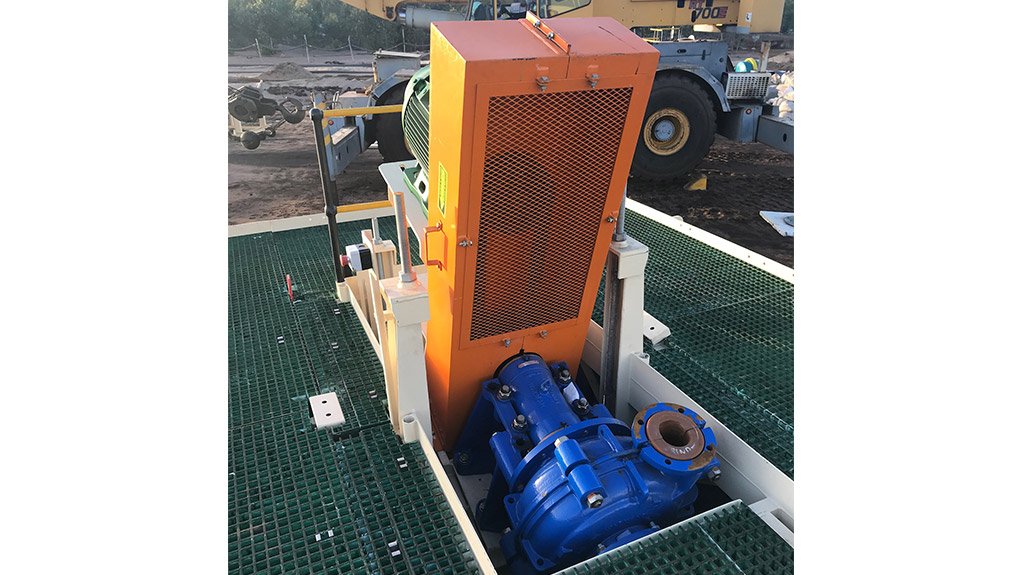 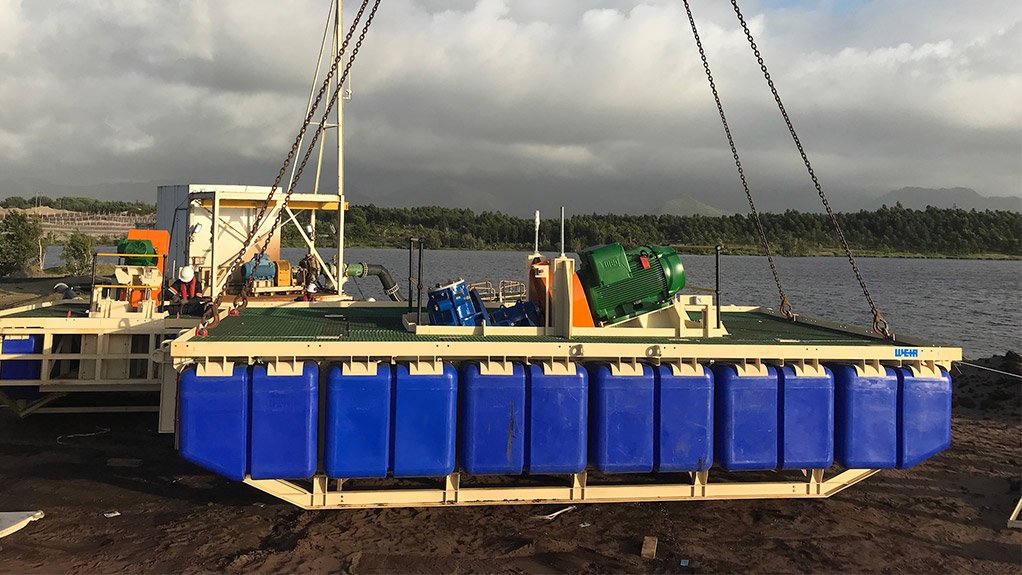 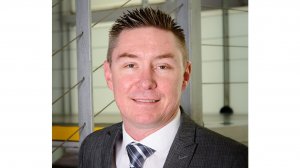 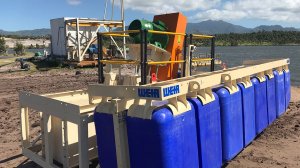 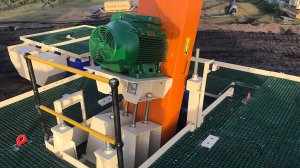 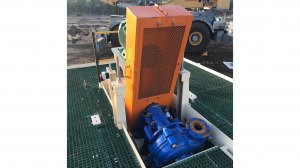 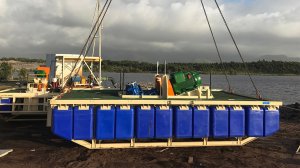 According to Weir Minerals Africa’s Dewatering Product Specialist Neil Matthews, the mine was experiencing continual collapse of the 20 metre suction hose to the Warman® AH® 12/10 pump mounted on a skid at the back of the pond. This resulted in the need to keep priming the pump and was causing regular downtime.

“Unpacking the issues facing the customer was the first part of upgrading the mine’s process water utilisation,” says Matthews. “We discussed several options with the customer after which our dewatering and engineering teams collaborated closely to design a solution. It was vital to carefully consider the problem in the context of the geographic and site conditions, as well as the local fauna and flora.”

To provide the most suitable Weir Minerals products and solutions, the team specified a Warman® AH® 10/8 pump mounted on a Multiflo® pontoon with the pump coupled to a variable frequency drive (VFD) facilitating greater flexibility in dealing with varying site conditions. A second pontoon was fitted with a Warman® AH® 6/4 pump with motor and fixed speed drive as design conditions should remain constant throughout the life of mine.

“It is standard practice in most of our pontoon designs to mount the pump sets at 30 degrees to submerge the suction eye of the impeller, thereby ensuring consistent priming,” Matthews says.

One of the most important factors affecting the solution was Madagascar’s weather conditions, which include regular tropical storms and high wind speeds. These have the effect of creating wave action and wind loading on the pond during storms which the pontoon solution has to accommodate.

To address the wave action and minimise possible structural damage, the fixed walkway was designed to incorporate a pivot system on the bank landing structure. This allows the entire assembly, including the docking station, to rotate 90 degrees and still be tied down to the shore during these storms.

“Madagascar is also known for its varied wildlife, including crocodiles,” says Matthews, “so the design of the handrails and other structures needed to prevent crocodiles from gaining access to the deck space.”

These creatures would tend to climb onto the deck to bask in the sun, making it almost impossible for staff to conduct routine maintenance. Restricting this access was achieved by closing all the gaps between the handrails and the separate structures.

“Our design took all the site conditions into account, making for better and more predictable operational reliability,” he says. “Both the pontoons and the pumps can now be easily moved for servicing or for securing during bad weather.”

He highlights that Weir Minerals Africa’s team’s experience with mounting pump sets onto pontoons and their extensive process-related knowledge played a significant role in developing the product offering for the customer.

“It was also important for the design engineers to be present during the commissioning process to ensure support,” Matthews concludes.