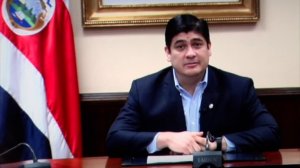 A new report published by the World Economic Forum (WEF), the 'Future of Nature and Business' report, has found that nature-positive solutions can create $10.1-trillion in economic opportunity and counter growing biodiversity losses, while creating 393-million jobs by 2030.

The Covid-19 pandemic has underscored the need to pursue these opportunities, the WEF said during a July 15 webinar.

He emphasised the need to protect these resources for the survival of peoples’ livelihoods, humanity’s survival and the survival of various species of plants and animals. He added that nature-based solutions were key to achieving this.

He said it was easy to talk about these solutions, but that the biggest challenge was in establishing policies and getting the business world to implement them.

Quesada highlighted that there was a need not to look back to pre-Covid-19 conditions, but rather, forward to pursue a new reality coming out of the pandemic.

This would entail nature-based solutions in terms of peoples’ relationship with nature and biodiversity, and how business works along with this, he said.

Further, WEF Nature Action Agenda head Akanksha Khatri said that to achieve the projected business value and jobs targets, there needed to be a systemic transition across three socioeconomic systems, mainly, clean land and ocean use; infrastructure and the built environment; and extraction and energy.

In terms of practical examples, she mentioned that, in the urbanisation space, many spaces were unoccupied and vacant and being wasted. Therefore, there was an opportunity to build cities more compactly, so that animals and nature could take care of themselves in their own spaces.

In terms of the how to achieve the business value and jobs targets, Khatri said the report identified that to capture the business value of $10-trillion, $2.7-trillion needed to be invested. While she acknowledged that this was a considerable amount, she clarified that it paled in comparison when looking at the stimulus programme announced by the US government of $2.7-trillion for March alone.

“Covid-19 has showed us that we as humanity are capable of taking drastic changes when needed. What is required now is drastic political will and business acumen,” Khatri emphasised.

Khatri also indicated that in terms of the 393-million jobs the report posits can be created, these are required to be inclusive, which can only happen by investing in human capital.

Yara International CEO and president Svein Tore Holsether reiterated that the pandemic had shown that society could change when required, with people very quickly changing how they work, travel, consume, etc.

He said there was an urgency to build on this in terms of pursuing nature-based solutions, with the cost of not doing so unaffordable to the world.

Holsether emphasised that the report showed that the business community had a clear responsibility, and could no longer take the approach of profitability versus sustainability. He called for business leaders to look at how to innovate, and create new jobs, rather than cutting jobs.

In the areas of food and land use, he indicated that nature-based solutions should be pursued, with the aim of decarbonising food. One such way would be by giving world class technology directly to farmers, he said.

However, he indicated that a challenge was that farmers were not incentivised to produce sustainably, therefore, this needed to be changed by bringing on board customers, and implementing transparency in the food chain.

Association for Indigenous Women and Peoples of Chad president Hindou Ibrahim, meanwhile, said the report had highlighted what indigenous people had been saying for years about the importance of nature resources and its relationship with humanity and how it can be a source of humanity and jobs for everyone if used correctly.

She indicated that business could not be changed without achieving food security, which has been highlighted by the pandemic.

She said the report highlighted the role the private sector could play in communities, and how indigenous local communities could be meaningful partners, and how the two entities could collaborate in pursing nature-based solutions.

Costa Rica Environment and Energy Minister Carlos Manuel Rodriguez, meanwhile, indicated that there were two elements that were necessary to create an enabling environment for sustainability to thrive.

He spoke from personal experience of the country’s success in implementing nature-based solutions.

Firstly, he noted the need for investment in human capital, which Costa Rica achieved through heavy investment in healthcare and education, with funds diverted to this after the army was abolished in 1948.

Secondly, he noted the need for good governance.