Webinar: A Tour of HOMER Pro and the Latest in Optimizing Microgrid Design 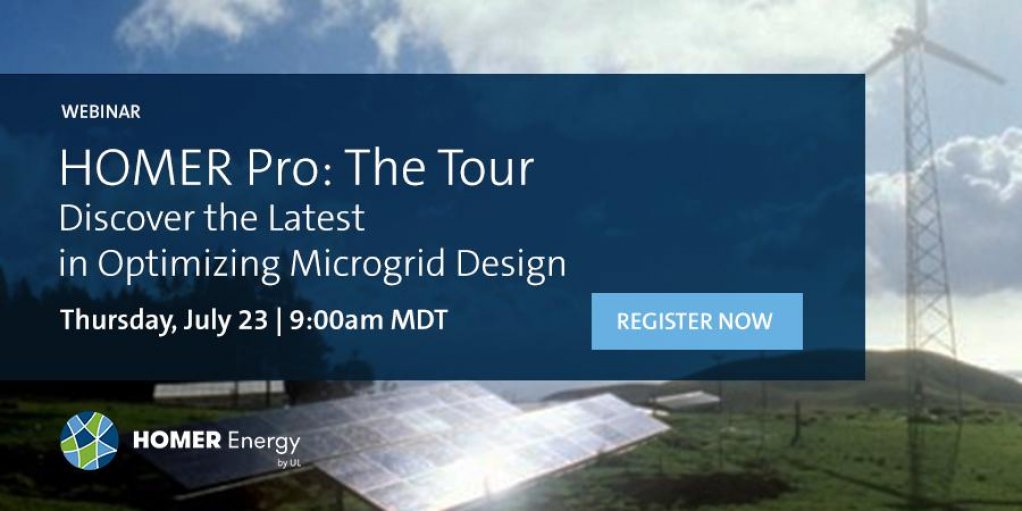 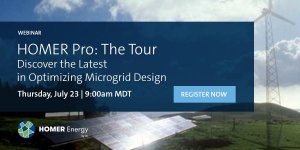 Join HOMER Energy founders Peter Lilienthal and Marilyn Walker in a walk-through of HOMER Pro, the flagship microgrid optimization software. First introduced in 2014, HOMER Pro was a major redesign of HOMER, which was originally developed at the National Renewable Energy Laboratory.

A major goal of that redesign was to make it easier to expand and adapt HOMER Pro as nascent microgrid technology and markets expanded. As microgrids and technology continue to evolve, new features have been added to HOMER Pro including HOMER Optimizer; MATLAB link for custom dispatch strategies; new Dispatch capabilities such as Predictive, Generator Order and Combined; Time Series Viewer; and an expanded library of sample electricity loads, weather data and components.

This will be a comprehensive tour of HOMER Pro and an introduction to the major markets and use cases that it serves. Join us on Thursday, July 23, 2020 at 9:00 AM MDT.