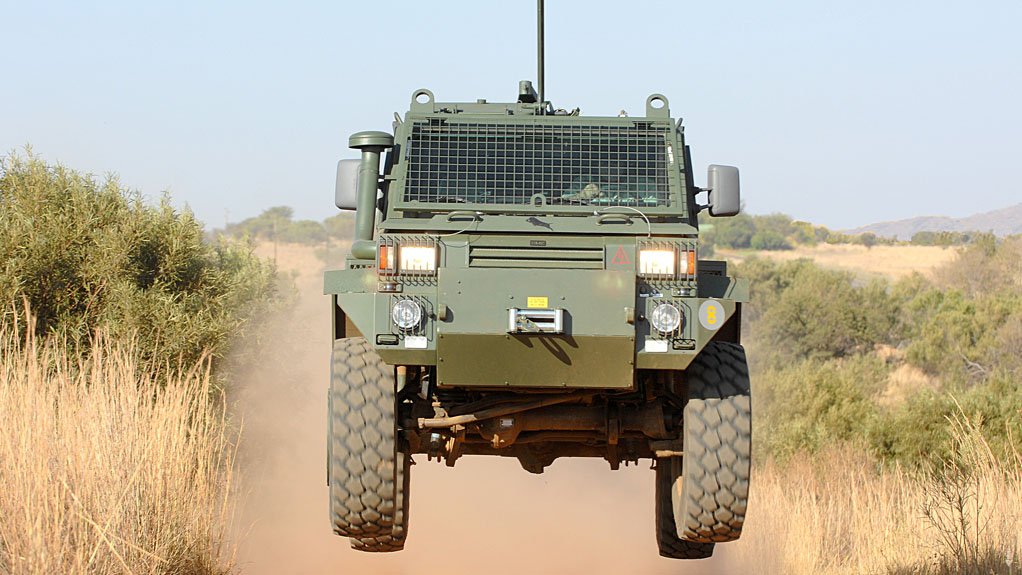 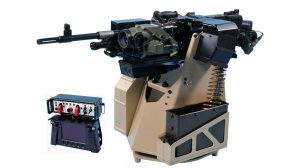 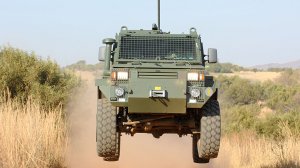 The SD-ROW systems are fitted on top of the RG32M defence vehicles, with an intuitive control interface, and this control configuration provides full ballistic protection for the gunner, says Denel Vehicle Systems manager of business development Gerrie van der Merwe.

The SD-ROW system is linked through a cable to remote control function inside the RG32M defence vehicles, where the operator of the system has full control. “This also enables the gunner to observe longer distances, day or night, without being exposed to potential threats, he adds.

The SD-ROW system can also be used from a distance of 20 m if it has been placed in a dismounted position, such as base protection, but Van der Merwe points out that, for this particular order, the control unit is installed inside the RG32M patrol vehicles.

Van der Merwe explains that the SD-ROW system has undergone several design changes since its initial launch in 2010, with several tests abroad over the last seven years improving the basic design of the system. He points out that the SD-ROW system can be manufactured within 12 months, and delivered to clients if so required.

The different SD-ROW system designs are unique because of the operating differences in machine gun models, with each type using a specific weapon calibre. The units being exported to Namibia will be fitted with 7.62 mm calibre weapons. The precise dimensions of each SD-ROW system also mean that mounting and remote operation of each weapon type differ.

The system is equipped with cameras to allow for day and night vision, with uncooled thermal optics used for night vision, Van der Merwe says that adding that the cameras enable operators to identify potential targets within the range of the weapon.

Local Manufacturing Denel Vehicle Systems CEO Johan Steyn explains that the RG32M vehicles and the SD-ROW systems that the company are manufacturing at its Johannesburg headquarters are not built for offensive purposes, but primarily as patrol vehicles applied for defensive border patrol.

The RG32M can withstand DM31 anti- vehicle fragment mines, with the severity of attacks against the vehicle being the determining factor for rendering it inoperable. Mines that are stronger than the DM31 antivehicle mine can do more damage. The vehicle weighs 7 500 kg and can carry a payload of 2 000 kg with a 140 ℓ fuel tank and a range of 600 km travelling at 70 km/h.

“Like all military vehicles, first- and second-line repairs can be carried out at field bases using the necessary tools. As the original-equipment manufacturer, Denel Vehicle Systems can supply spare parts, with the company’s customers keeping stock of recommended spares to keep the vehicles operational,” he highlights.

Steyn points out that the development and testing of the RG32M takes about 18 months to complete, with production of the completed models taking between eight and nine months.

The changes that have been made to the RG32M for Namibia, by Denel, include the conversion from left-hand steering to right-hand steering and improving the internal layout of the vehicle. Van der Merwe explains that the SD-ROW system being supplied to Namibia has been adapted specifically for the Ministry of Defence after the Ministry evaluated the standard SD-ROW system.

Van der Merwe explains that the capability of long-range monitoring at any time enhances the gathering of information and the distribution of intelligence, while the RG32M vehicles can be used to patrol borders and effectively protect the occupant from common outside threats.

Steyn concludes that the RG32M vehicles have been used in peace missions in, for example, Afghanistan, Lebanon and Mali.