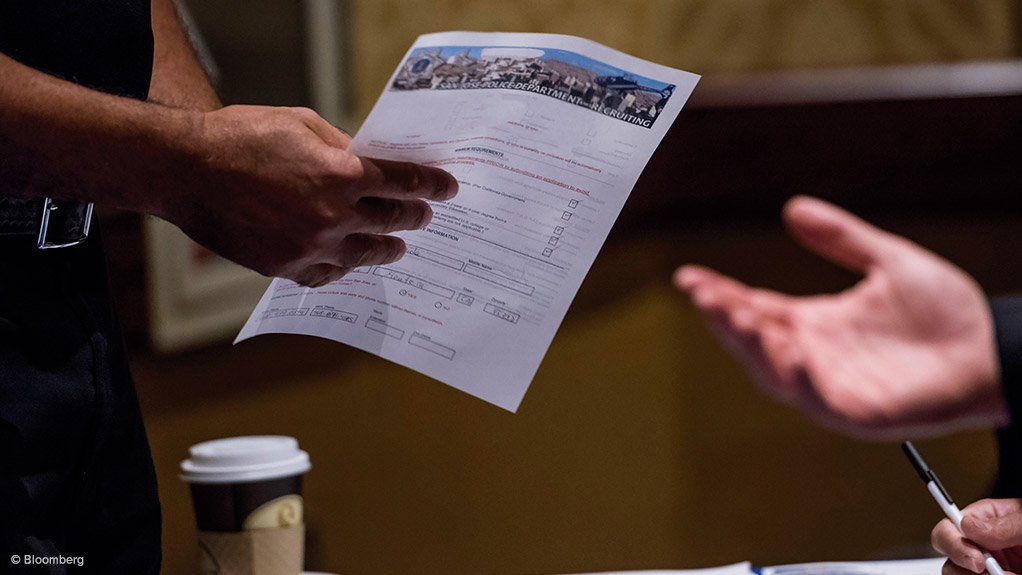 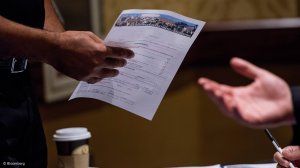 Not only has the weakening rand had a negative impact on South African business, but it has also caused companies to rethink their hiring strategies, according to workforce solutions group Manpower SA’s second-quarter Employment Outlook Survey.

The survey revealed that several companies were converting to more conservative hiring plans between April and June, said Manpower SA MD Lyndy van den Barselaar, adding that 13% of employers were forecasting an increase in staffing levels, while 8% were expecting a decrease and 77% expected no change.

However, when the data was adjusted to allow for seasonal variation, the hiring outlook increased by 5%.

Meanwhile, the report noted that hiring prospects remained unchanged compared with the first quarter, though a decline of six percentage points year-on-year was reported.

“Increased operating and import costs, paired with the rising cost of necessities and the falling price of commodities, means that many businesses do not have the budget to hire new talent in the coming quarter. This trend is seen globally for the second quarter,” said Van den Barselaar.

REGIONAL COMPARISONS
Staffing levels across all five regions in South Africa were forecast to grow during the second quarter, with employers in KwaZulu-Natal reporting the strongest hiring prospects and a net employment outlook that was expected to increase by 9%.

Some payroll gains were expected in the Eastern Cape and Gauteng, where the hiring outlook stood at 6% and 5%, respectively. Western Cape employers expected a modest hiring pace, reporting an outlook of 4%, while the outlook for Free State stood at 1%.

“KwaZulu-Natal is South Africa’s second-largest economy and is home to two of the country’s largest and busiest ports. The current increase in the number of imports into South Africa is contributing to the growth in the province,” explained Van den Barselaar.

When compared with the previous quarter, employers reported weaker hiring prospects in three of the five regions, with the Free State and Gauteng reporting the most noteworthy declines of four and two percentage points respectively. Meanwhile, the outlook for the Eastern Cape strengthened by six percentage points.

SECTOR COMPARISONS
The survey revealed that workforce gains were expected over the next three months in eight of the ten surveyed industry sectors, with the strongest labour market expected in the electricity, gas and water supply sector, which was looking at a net employment outlook of 13%.

The construction sector forecast some hiring opportunities with a net employment outlook of 8%, while mining and quarrying sector employees reported an outlook of 6%. Meanwhile, the agriculture, hunting, forestry and fishing sector as well as the wholesale and retail trade sector, expected flat labour markets, with a 0% outlook.

“Owing to the continuing droughts, water shortages and rising cost of electricity, South African citizens continue to look into alternate sources of electricity and ways in which to conserve water.

“This is definitely a contributing factor to the growth in the utilities sector, as businesses in the sector continue to work on and develop new and innovative products and ideas to expand into new areas of the country,” said Van den Barselaar.

She added that the continuously rising cost of doing business and living, paired with the falling rand and commodity prices meant that more businesses and individuals were seeking the assistance and advice of those businesses operating in the finance, insurance, real estate and business services sector.

Year-on-year, outlooks declined in six of the ten industry sectors.

“As South Africa’s mining and quarrying sector continues to focus on more sustainable and responsible methods, this creates opportunities for new employment within the sector, especially for those consultants who specialise in sustainability and environmental conservation,” noted Van den Barselaar.