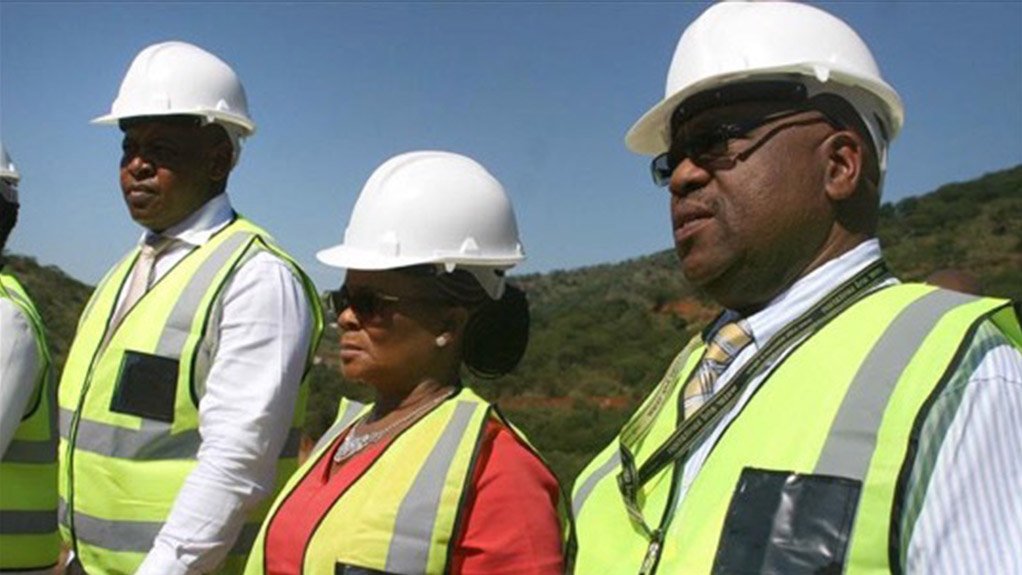 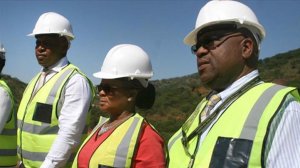 Where dam levels have further declined, more stringent restrictions will be implemented to preserve water supply, says the Department of Water and Sanitation (DWS).

The DWS notes that the latest South African Weather Services forecasts have projected below- average rainfall for the remainder of summer, and the department believes that the impact of the drought might linger, particularly in terms of agriculture and food security.

However, according to forecasts by scientific research and develop- ment organisation the Council of Scientific and Industrial Research, an above-average rainfall is projected for Limpopo during March and April. However, the DWS is uncertain as to whether this will alleviate the drought, as it is dependent on the amount and the frequency of rainfall.

Therefore, retaining restrictions – such as banning the use of sprinkler systems or limit- ing water supply for certain periods – will increase volumes in dams and reservoirs, subsequently allowing the system to stabilise, the department says.

The DWS explains that municipal restrictions are enforced by water services authorities through municipal by-laws and that communities will be informed of restrictions in advance to allow for adequate preparation. The DWS advises that municipalities monitor adherence and issue spot fines to any transgressors.

Water Conservation Measures In 2013, the DWS developed and implemented the No Drop system for assessing municipa- lities on their water use efficiency (WUE) and water conservation/water demand management (WC/WDM) performance.

The system is similar to the Blue Drop systems being implemented to assess municipal performance on providing good-quality drinking water, and effective wastewater treatment. Municipalities were assessed to determine a baseline performance for their water quality. The DWS says that, with the second round of No Drop assessment audits currently taking place, it will be able to assess whether municipalities are improving their WUE and WC/WDM performance. Additionally, the department has also implemented the War on Leaks (WOL) programme, which will provide training for 15 000 artisans, plumbers and water agents to fix leaks and reduce water losses. Of the 15 000, 5 000 are being trained, 7 000 will be taken in April and a further 3 000 later on.

The DWS is also distributing a product called Drop a Block, which is put inside a cistern to reduce the amount of water being flushed down the toilet. To date, 10 000 have been distributed as part of a pilot project. The DWS is using water agents from its WOL programme to distribute the product and educate the community.

Water Pricing The DWS points out that the pricing structure of the water sector is interrelated, and includes categories such as raw water, bulk, retail, sani- tation and discharge. Raw water refers to natural untreated water resources, such as rivers, and bulk water to the water supplied by regional water authorities. Retail water and sanitation refer to the water services provided by municipalities in the form of tap water, while discharge refers to waste.

Each category, while falling under a national framework provided and regulated by the DWS, has its own tariffs and tariff structure. This means that every water supplier, whether regional or municipal, has the discretion to determine its own specific tariff structure, provided it is within the national framework and promotes the principles of affordability and sustainability.

The DWS notes that municipalities have step tariffs – the more water consumers use, the higher the rate. Nonetheless, the department emphasises that water remains one of the cheapest commodities in South Africa.

Raw Water Pricing The DWS says the vision of the 2007 pricing strategy – which was gazetted in November last year – aims to “facilitate reform and provide transparency and predictability to water users on how water will be charged in future”.

The revision is meant to ensure that the management systems are cost reflective and that costs are divided equitably among water-user categories, in line with the ‘user pays’ principle.

The revised strategy also provides for the justification of charges through a hybrid tariff approach. This includes the replacement of the return on asset (ROA) charge with a Future Infrastructure Build Charge (FIBC).

The ROA charge funds water infrastructure upgrades by fixing a rate of return on the depreciated replacement value of the infrastructure. This charge affects sectors of commerce and industry, such as mining and industrial, though it has never applied to the agriculture sector.

The FIBC is also meant to provide for infrastructure development, but it will be calculated at national level, with all water users, including agricultural users, paying the same amount.

Retail Water The DWS comments that the treatment of water from raw to potable water (suitable for human consumption) is a production process comprising several cost factors.

Current prices are structured on cost-reflective and -recovery analyses, and the DWS stresses there is no intention to change it. The department explains that the current cost of producing potable water includes, besides others, labour, electricity, chemicals, maintenance and raw water. Labour, electricity and chemicals account for a significant cost impact on the production process.

While government intends to maintain the current pricing structure, the DWS notes that a drastic increase in price in any of the aforementioned cost factors will also result in increased tariffs for potable water.